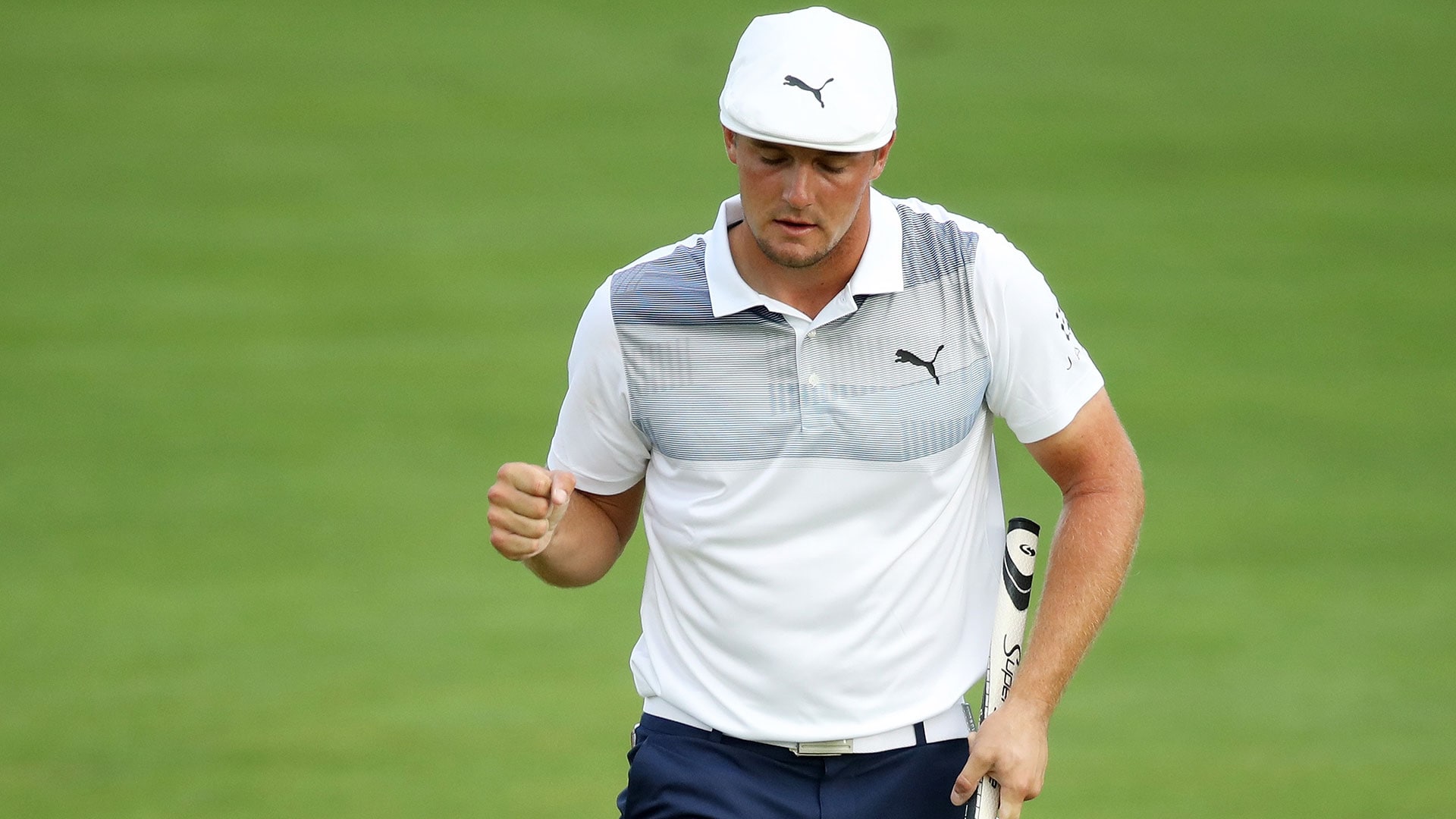 After surging to the top of the leaderboard in the third round, Bryson DeChambeau didn't sweat much en route to his second victory of the year. Here's how things ended up at The Northern Trust, where DeChambeau opened the postseason with a four-shot victory:

What it means: DeChambeau barely missed out on an automatic spot on the Ryder Cup, but he may have removed any doubt about his upcoming travel plans with a scintillating performance at Ridgewood Country Club. Staked to a four-shot lead entering the final round, DeChambeau birdied each of the first two holes to put things on cruise control. While the chase pack eventually got within two shots, DeChambeau shot 2 under on the closing nine for a 69 to add another trophy following his playoff win at the Memorial.

Round of the day: After dropping $172 on a new putter at Golf Galaxy, England's Tyrrell Hatton put together Sunday's low score with a 7-under 64. The future Ryder Cup debutant went out in 31 before adding three birdies in a four-hole stretch on Nos. 12-15 to move up 38 spots into a tie for 20th.

Best of the rest: Ryan Palmer entered the week firmly on the playoff bubble at No. 100, but after a 6-under 65 and a tie for fifth he has now locked up tee times at each of the next two postseason events. Palmer chipped in for eagle on No. 3 and added four more birdies during a bogey-free effort that marked his lowest round of the week by two shots.

Biggest disappointment: Keegan Bradley snagged a spot in the final pairing with a third-round 62, but his chances for his first win since 2012 crumbled early Sunday afternoon. Bradley made two double bogeys en route to a 7-over 42 on the front nine, ultimately signing for a 78 that dropped him into a tie for 28th and beat only two players.

Quote of the day: "If I can keep playing the way I am, I think I can do some great things." - DeChambeau