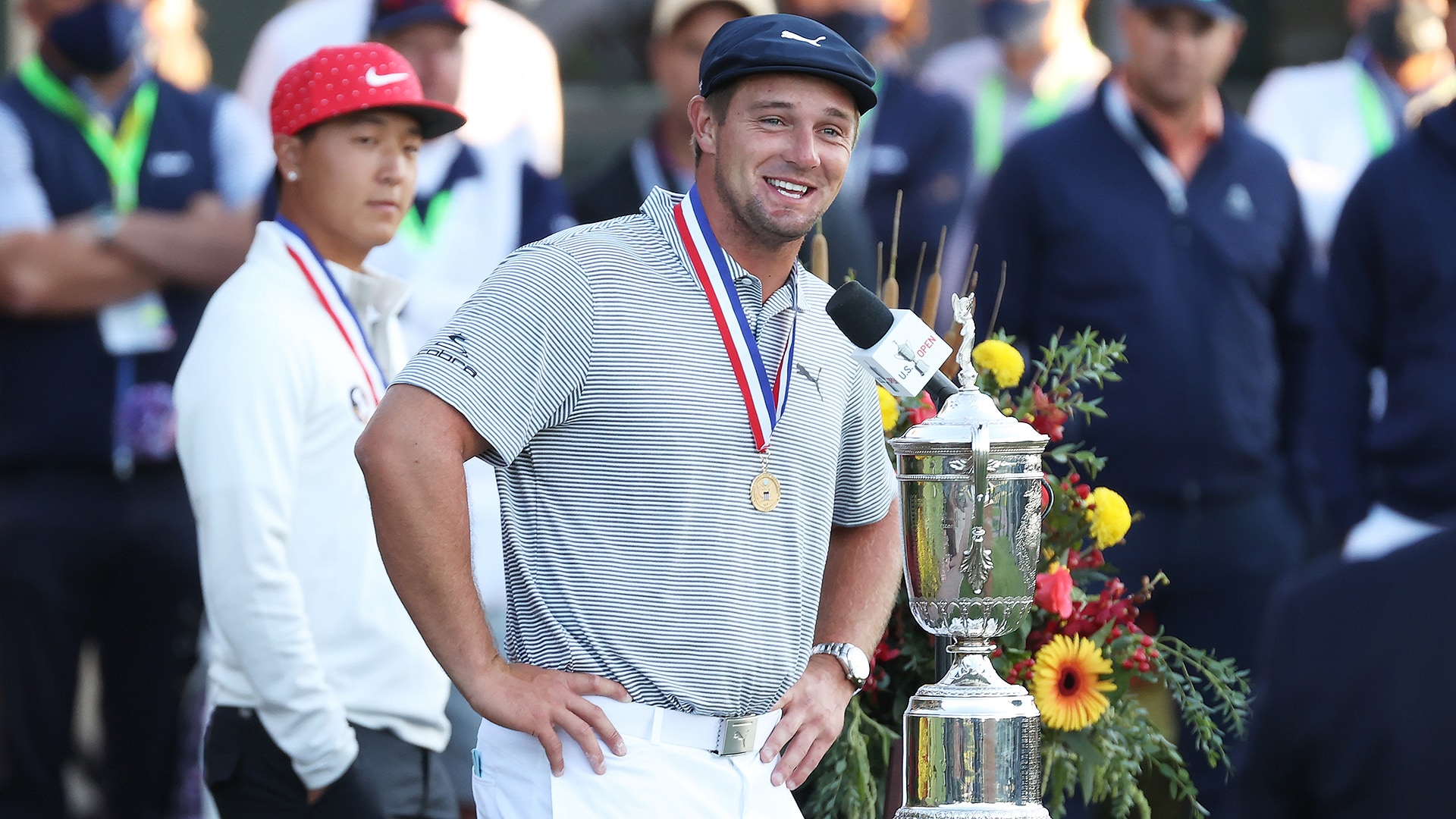 Bryson DeChambeau’s quest to add distance has not slowed down after last month’s U.S. Open victory. Not one bit.

As he continues to prepare for the Masters, which is now three weeks away, DeChambeau posted some new launch-monitor numbers to his Instagram story on Friday afternoon. Among the eye-popping metrics: 211 mph ball speed and 403.1 yards of carry.

“First time over 400. Carry…,” DeChambeau wrote, while adding that he wasn’t even using a 48-inch driver shaft, which he has stated he’d like to add to the bag by the time he gets to Augusta National next month.

No, those weren't typos, but it's worth noting that DeChambeau's poke was aided by a 20 mph helping wind. Of course, it appears that the weather conditions also included 56-degree temps – hardly ideal for the long ball. (Perhaps a simulation of the fall conditions in Augusta?)

Two days ago, DeChambeau posted another video montage of himself getting out of his private jet and into his Bentley. Set to the Kings of Leon's "Use Somebody," the video ended with the words, “The journey to 215 begins.” It appears DeChambeau, who hasn't played since a T-8 at the Shriners earlier this month, could very well reach his latest goal by the Masters.

And should he bring that 400-plus yards of carry with him to the first tee, he could have less than 50 yards into the hole for his second shot on the 445-yard hole.