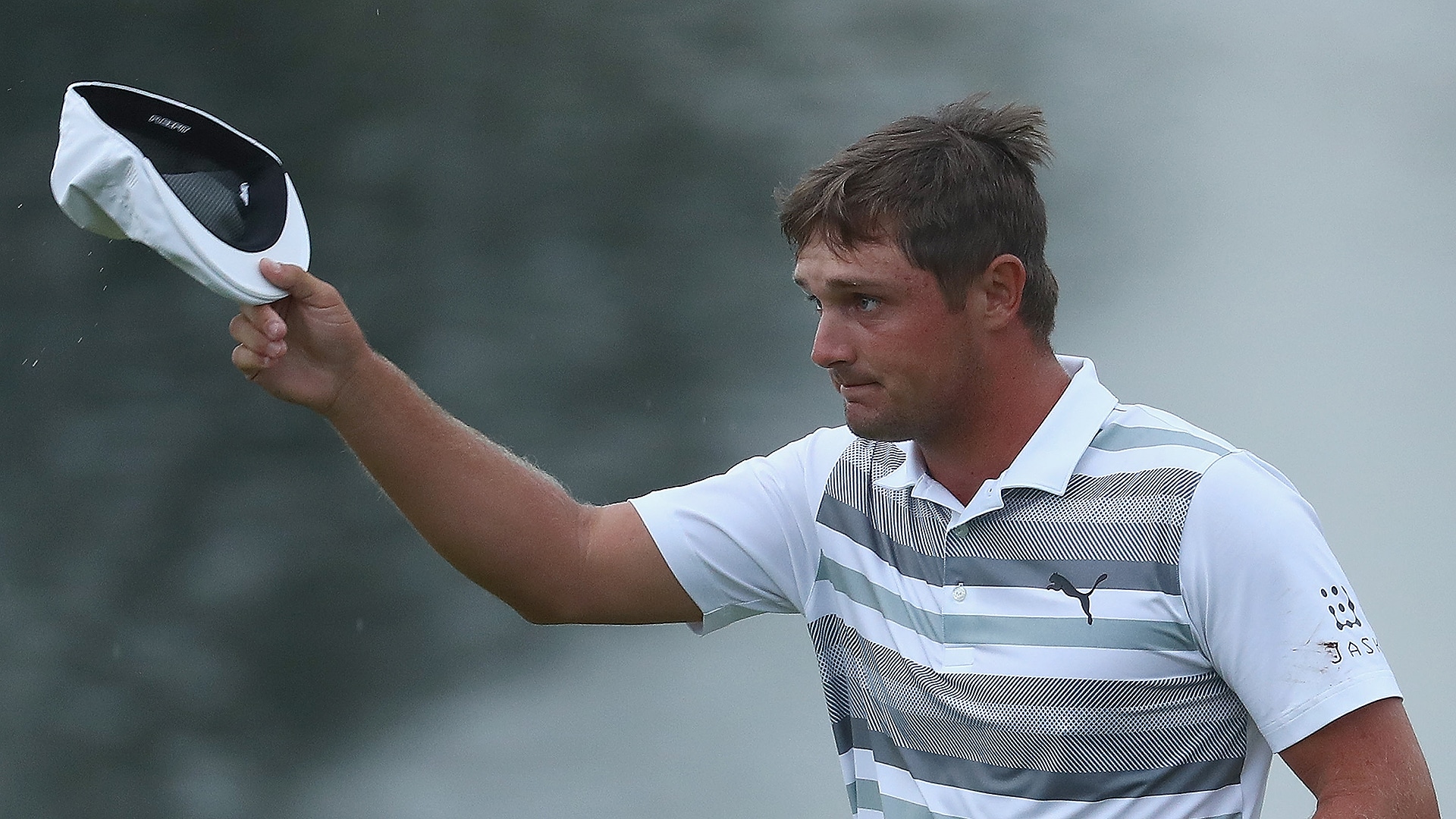 HAMBURG, Germany - Bryson DeChambeau shared a one-shot lead with Richard McEvoy heading to the final round of the European Open on Saturday.

DeChambeau started the third round ahead by a shot.

But McEvoy carded a 3-under 69 for the Englishman to lead the tournament at 12 under. DeChambeau had to birdie the last hole to tie him with a 70 at Green Eagle Golf Courses.

Right behind them were Masters champion Patrick Reed (69), and Austria's Matthias Schwab (70).

McEvoy's momentum - he went out in 32 - was stalled by a three-hour delay for lightning in the area. But after winning in France last week on the Challenge Tour, he's enjoying his attitude and form.

''I prevailed last week so fingers crossed I can finish it off again tomorrow,'' he said.

Unlike McEvoy, DeChambeau was grateful for the stop in play. It gave him time to refocus and get his game back in order. He made three birdies on the back nine. An American hasn't won this event in 38 years.

Reed briefly held the lead on his own after play resumed and he birdied the 11th, but he was overtaken by DeChambeau and McEvoy and dropped a shot on the 13th.