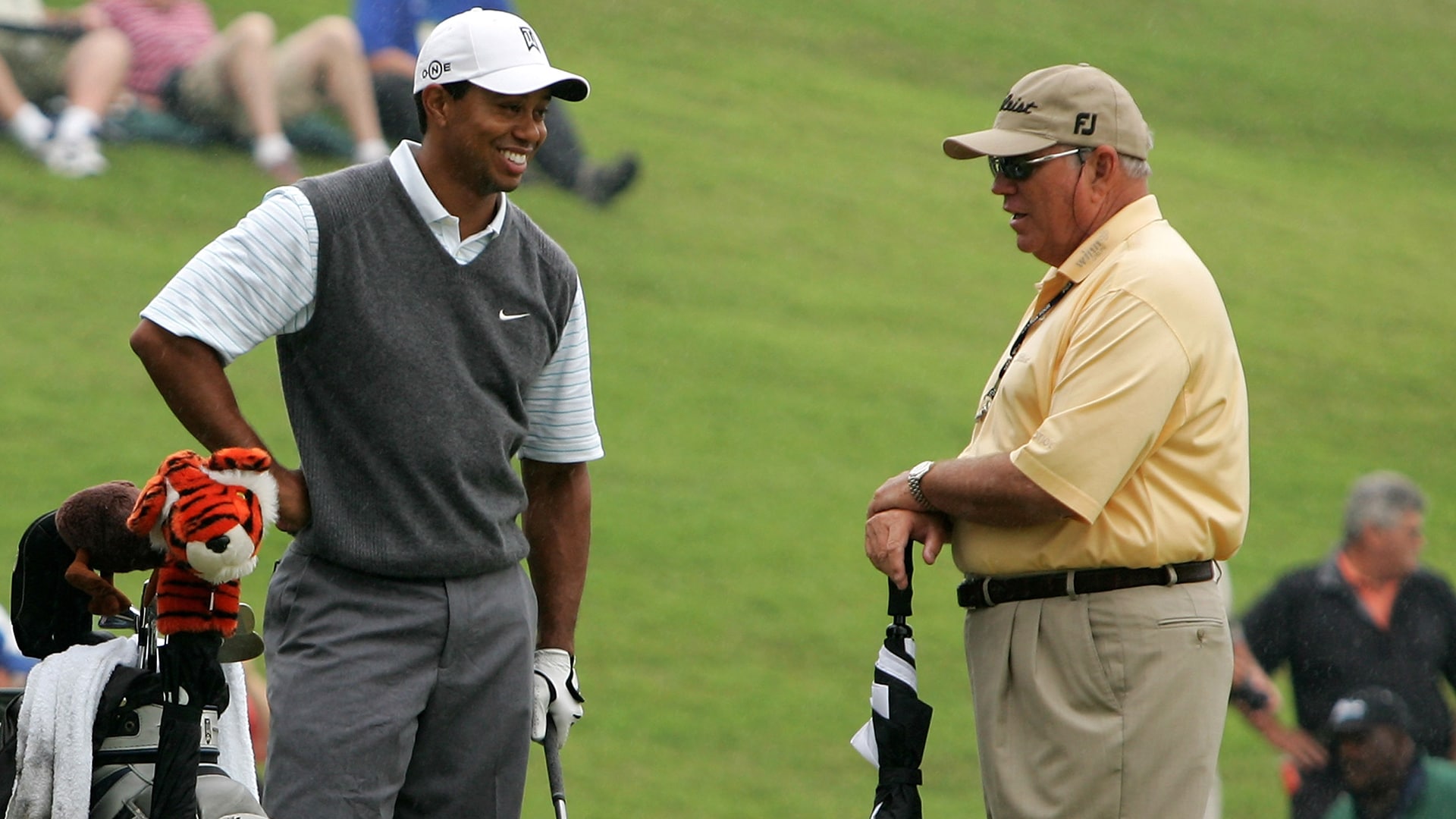 Count Butch Harmon among the growing group of instructors, analysts and pundits who were buoyed by what they saw from Tiger Woods at the Hero World Challenge.

"The two things that really stood out to me were that he seems to have total freedom in his swing again," Harmon wrote. "I don't see any of the up-and-down movements that he used to put in there, and he looks to have his speed back. And you can tell that he's pain-free. That is the main thing for me. ...

"I've got to be honest, I really like the way Tiger is swinging the club."

In the piece, Harmon wrote that he spoke last week with Woods' current instructor, Chris Como, and that Como told Harmon this is the first time he has ever worked with a pain-free Woods. Of note, Woods and Como have been working together since late 2014.

Harmon also mentioned that his current pupils, Rickie Fowler and Dustin Johnson, were consistently impressed with just how far Woods was hitting the ball during casual rounds in the run-up to Albany.

As for what comes next, Harmon thinks Tiger is likely already focused on adding to his major count, but that expectations should still be tempered - even if we are talking about Tiger.

"If we keep saying he can come back and win more majors, that's like putting the cart before the horse," Harmon wrote.

"Can he win a major in 2018? Well, you know that's what Tiger Woods is thinking, and he probably still thinks he can win every tournament he plays in. But he has to crawl before he can walk, and walk before he can run. Right now, he's past the crawling stage and he's walking!"

"The one thing I learned from my 10 years as Tiger's coach, and since then, is 'never say never' when it comes to Tiger Woods."