Hull more at peace – and in contention – at home major 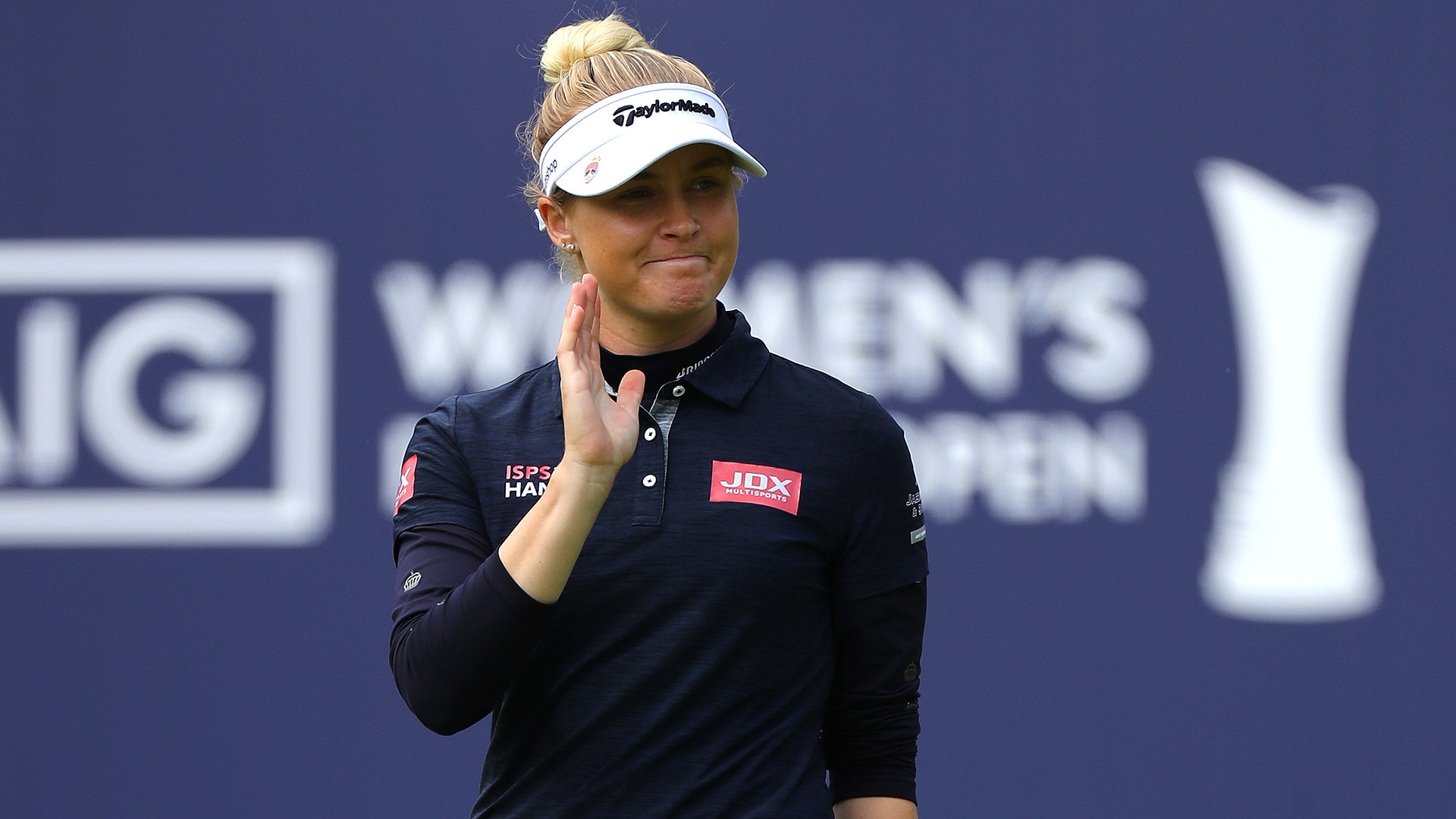 WOBURN, England – Charley Hull’s hands were shaking on the first tee in Thursday’s start to the AIG Women’s British Open.

She’s English, and she’s also a member of the club, with family, friends and lots of English fans rooting for her. She grew up in a little village on the outskirts of Kettering, about 40 minutes north. When Woburn hosted the Women’s British Open three years ago, she didn’t handle all the extra attention very well. She tied for 17th, but she wasn’t comfortable playing at home. In fact, she started that week telling media she had forbidden her friends, and even her two sisters, from coming to watch her.

So Hull told herself this week would be different.

And yet there she was Thursday, her hands shaking over her first shot.

“I was more nervous three years ago,” Hull said. “I feel like this year I’m handling it better. I’m just going to go out and enjoy it.”

Hull did just that, reminding herself she hits some of her best shots when she’s nervous. She settled in quickly, shooting a 5-under-par 67 to get into early contention. She closed her round rolling in an 18-foot birdie to the delight of the gallery squeezed around the finishing hole.

Hull’s mind appeared comfortably on her golf, with little worry about pleasing all the folks who want to see her win. She’s 23 now, with one LPGA win and two Ladies European Tour titles. She was asked if she has imagined what it would be like hoisting the trophy here in England, so near her home. It would set off another huge celebration, giving the Brits back-to-back titles, with England’s own Georgia Hall having won this title at Royal Lytham & St. Annes last year.

“I’m not going to get ahead of myself,” Hull said. “I’m just having fun with my caddie.”

When Hull’s eyes did wander into the gallery, there was purpose in it.

“I was looking to see my dad’s face, and my fiance’s face, Ozzie’s face,” Hull said.

Her fiancé is Ozzie Smith, an English Impact Fight boxer. They’re planning to marry next month, a week after the Solheim Cup. They’ve already bought a home together in Kettering, 200 yards from the house where she grew up, and next to the church where they’ll get married. Her father, Dave, is renovating the house for them. He made his living as a construction worker, but this is a labor of love. He’s putting on a new roof, and adding on an orangery, an extension of the house, a sort of luxurious garden room.

“Me and the dog just walk over,” Dave said of his daily routine.

Dave doesn’t see his daughter play much anymore. He said Thursday’s walk among the gallery was the first time he has watched her play in a year. He doesn’t pay attention to the scoreboard when he’s out. He just likes to be near his daughter.

“Charley likes to see me now and then,” Dave said.

Dave did notice a few things, like how much more versatile and polished his daughter’s short game is becoming.

“I can see a big difference,” Dave said. “It surprised me.”

He also saw how much more at ease his daughter appears playing at home this year.

“The first time, all the attention was on her,” he said.

With Hall the defending champion, with Ariya Jutanugarn the winner here three years ago, Dave said there isn’t as much focus on Charley.

“There’s no pressure on you, kid,” Dave told his daughter this week. “Go enjoy it.”

Hull’s caddie, Joe Miller, watched her do that in the first round.

“I think being here once before has helped,” Miller said. “The first time, there was quite a lot of pressure for her. This week, she’s managing it well. She’s been quite shrewd about managing her time. Yes, she’s always going to have to face a little bit of pressure, but that’s just part of golf.”

If Hull was feeling any pressure with her name on the leaderboard after Thursday’s round, she had a plan to manage it.

“What I’m thinking about is having a nap this afternoon,” she said.

England would love to remember it as part of a winning game plan. 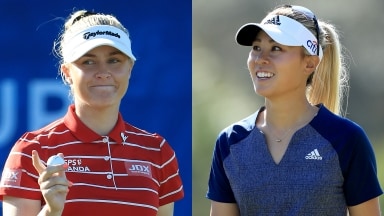 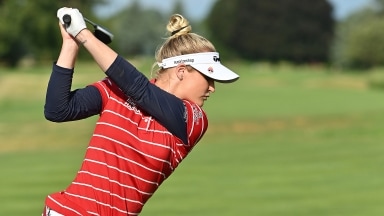 Charley Hull is hoping to shake the lingering effects of food poisoning to make a weekend run at the Evian Championship.