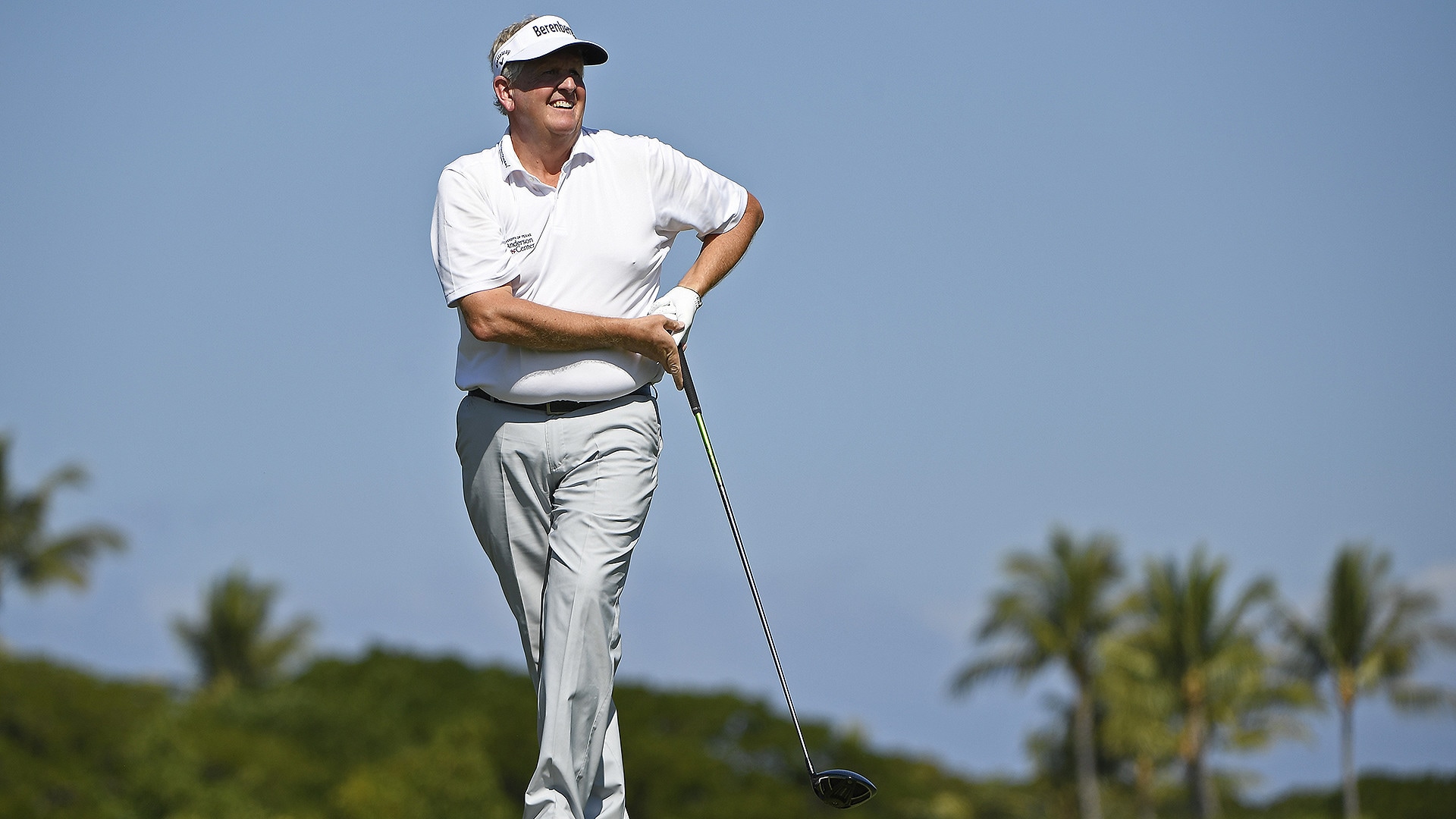 KAILUA-KONA, Hawaii – Colin Montgomerie shot a second straight 7-under 65 to take a two-shot lead into the final round of the Mitsubishi Electric Championship, the season opener on the PGA Tour Champions.

The 54-year-old Scot, a six-time winner on the over-50 tour, didn't miss a fairway on Friday and made five birdies on the back nine to reach 14 under at Hualalai.

Montgomerie has made 17 birdies through 36 holes and said he will have to continue cashing in on his opportunities.

''We know that I've got to score something similar to what I've done – 66, 67, something like that, at least,'' Montgomerie said. ''You know the competition out here is so strong that if you do play away from the pins, you'll get run over. It's tough, but hey, it's great.''

First-round co-leaders Gene Sauers and Jerry Kelly each shot 68 and were 12 under.

''I hit the ball really well. You know, all the putts that dropped yesterday didn't drop today,'' Kelly said. ''I was just short and burning edges. It was good putting again. They just didn't go in.''

David Toms was three shots back after a 66. Woody Austin, Mark Calcavecchia and Doug Garwood each shot 67 and were another shot behind.

Bernhard Langer, defending the first of his seven 2017 titles, was six shots back after a 67.

The limited-field tournament on Hawaii's Big Island includes last season's winners, past champions of the event, major champions and Hall of Famers.

''We've enjoyed ourselves thoroughly here,'' Montgomerie said. ''It's just a dramatic spot, isn't it? If you don't like this, well, I'm sorry, take a good look in the mirror, you know?''