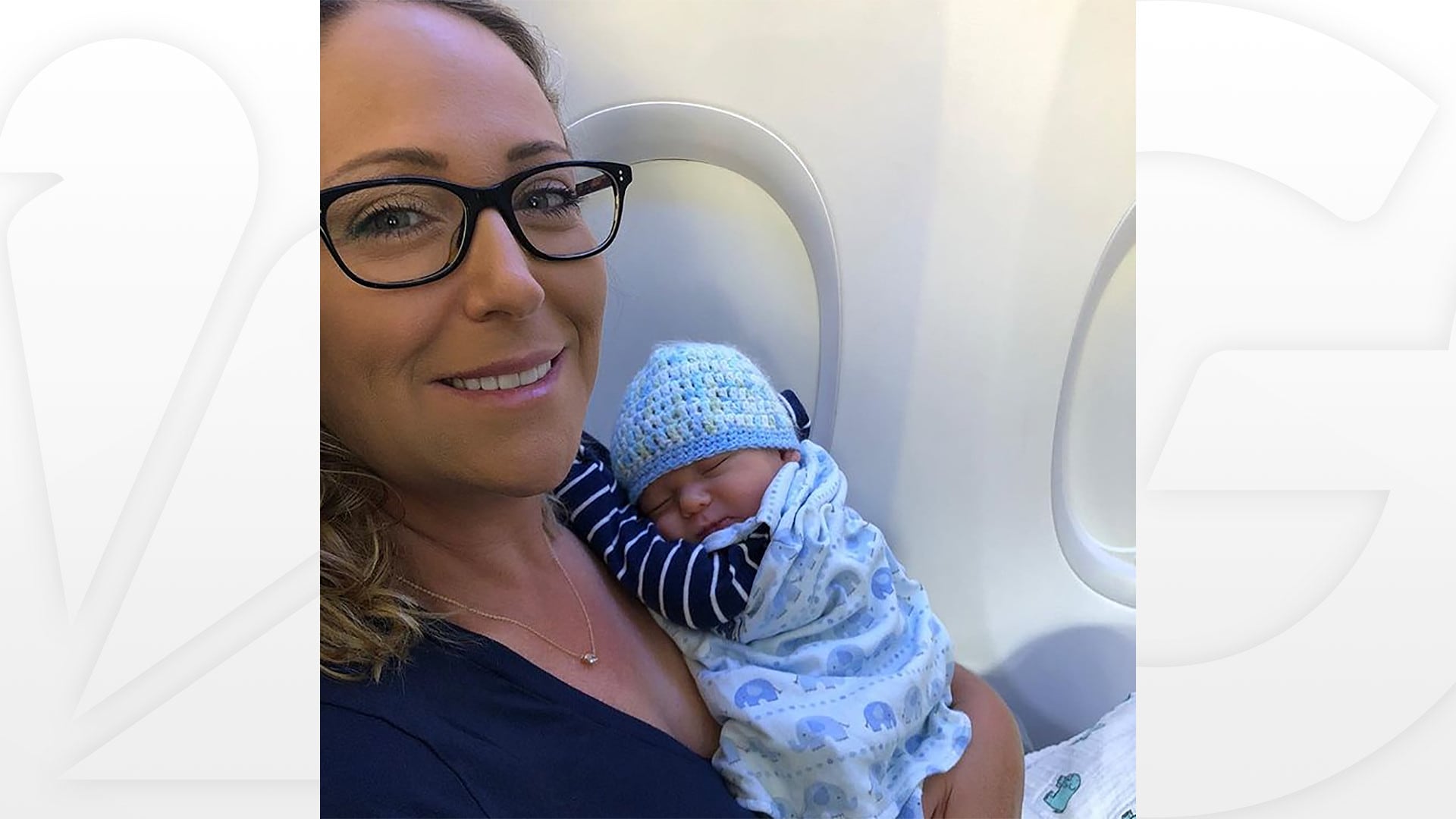 Cristie Kerr and her husband, Erik Stevens, announced Monday that they’ve welcomed their second child, another boy, into the world.

Griffin Stevens was born Tuesday, Aug. 28, via surrogate mother, through in vitro fertilization. Genetically, the baby is Cristie and Erik’s through gestational surrogacy.

After being diagnosed with endometrial deficiency several years ago, Kerr decided to try in vitro fertilization. She and Stevens also had their first child, Mason, that way, with Mason born to a surrogate mother in Florida in December of 2013.

Kerr, 40, said she and Erik wanted a second child, but they were not sure they were going to be able to have another.

“There were no guarantees, but Griffin fought his way into the world. He’s our little fighter. He made it through every hurdle.”

Almost five years ago, Kerr and Stevens raced cross country to a Florida hospital for Mason’s birth, but their flight didn’t arrive in time. They were there in time for Griffin’s birth.

“He was born in the Northeast,” Kerr said. “That’s really all I can say because of the privacy agreements, but it was really cool to be there.”

With a baby boom going on in the LPGA ranks, Kerr is looking forward to the camaraderie within the tour’s more bustling traveling daycare center. Gerina Piller and Suzann Pettersen are among the tour’s newest moms, Sydnee Michaels, too. Stacy Lewis is due with her first child later this year.

“There’s bonding among the moms,” Kerr said. “And there’s going to be a lot more moms now.”

Kerr, however, said she may not be using the tour’s Smuckers-sponsored day care quite as much.

With Erik back at their Scottsdale, Ariz., home running Kerr cellars, the couple’s wine business, he’ll be traveling less to events with Mason and Griffin.

Kerr’s looking forward to watching her family grow while continuing to play the tour. The 20-time LPGA winner plans to tee it up at the Evian Championship next week, but it will be awhile before she gets to introduce her tour peers to her family’s newest addition.

“We would like to have the whole family there for the CME [Group Tour Championship at season’s end],” Kerr said.