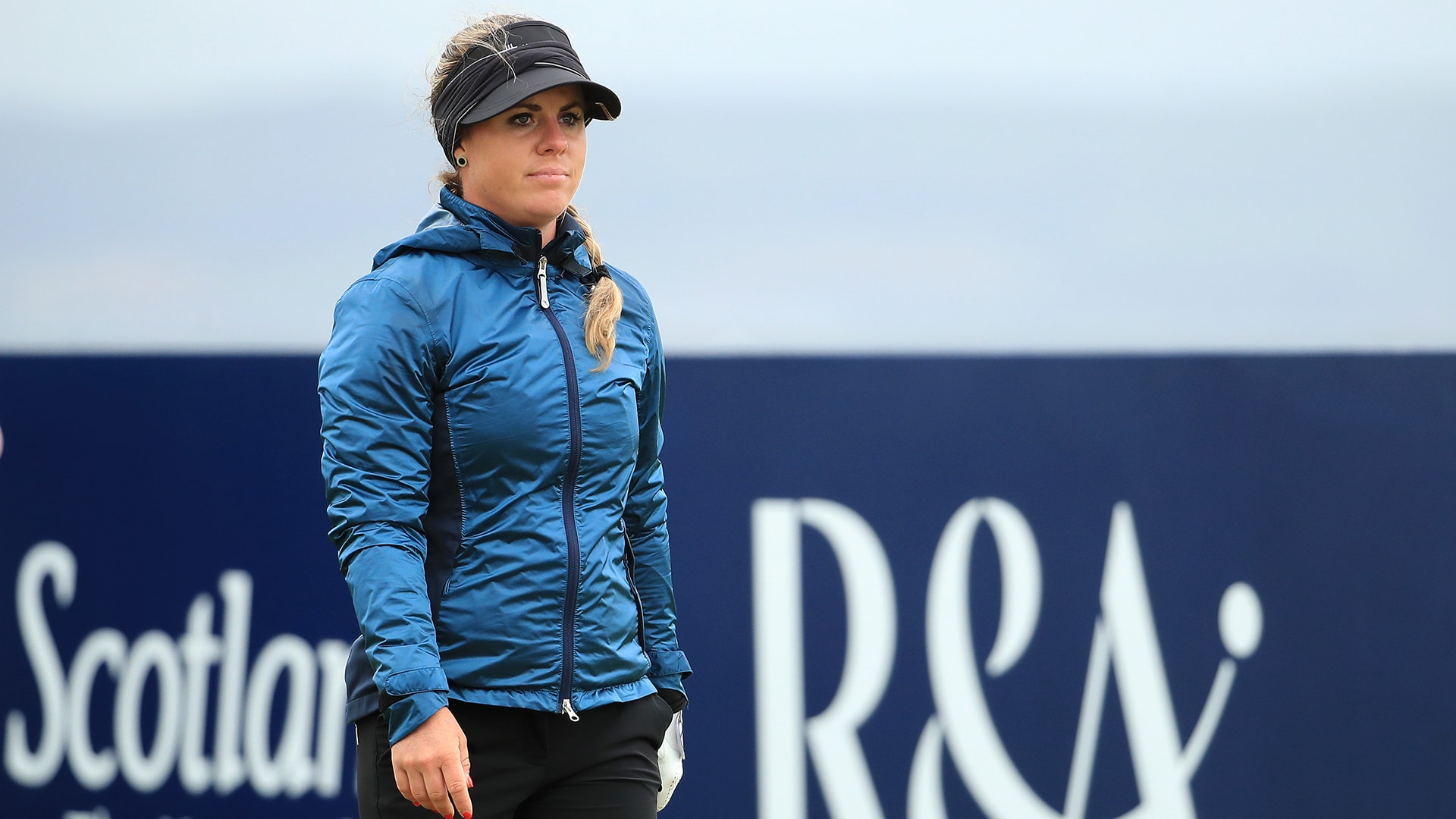 Players who know how to endure appear favored halfway through the AIG Women’s Open.

Notably, American Lindsey Weaver put herself in contention playing with a push cart, which is being allowed amid the COVID-19 pandemic. She’s two back after a 72.

“I feel like it's kind of back to the basics,” Weaver said. “This is how junior golf was. This is how college golf was.”

Holmqvist, a 32-year-old Swede, has never won an LPGA or Ladies European Tour title, but she knows all about gutting her way to the finish under duress. She’s the player who got bit in the leg by a poisonous redback spider early in a round at a Women’s Australian Open qualifier seven years ago. With her leg swelling, she used a tee to pierce her skin, squeeze out a clear-looking fluid she deemed to be the venom, and then finished up her final 14 holes under the watchful eye of a medic.

Two years ago, Holmqvist was injured in a golf cart accident, hurting her back in a crash during a tournament in China.

Holmqvist said she is still dealing with the lingering effects of the injury.

“It’s just been rehab and ice and kind of rest,” Holmqvist said. “You know how it is with backs. It’s a long process and very tedious.”

So, Friday’s wind and rain weren’t the most daunting challenges she’s faced on a golf course.

“It was brutal out there,” Holmqvist said. “But happy to get in under par.”

Ko’s work to regain the form that made her the best player in the world continues in earnest.

“It was super tough trying to make sure that your clubhead is dry, and grip is dry, and yardage book and everything,” Ko said. “So, there were a lot of things to think about.

Ko wasn’t the only proven champion getting in weekend position, with seven-time major champion Inbee Park putting up a 69 to move five off the lead. Park zoomed past 64 players while competing among the morning tee times.

The conditions made for some wild moves up and down the scoreboard.

Amy Olson, the first-round leader, followed her 67 with an 81 but didn’t shoot herself out of the championship. She’ll make the cut despite that big number.

Park won the AIG Women’s Open, formerly known as the Women’s British Open, at Turnberry in 2015. She has played this championship a dozen times but can’t remember tougher conditions than she’s facing this week.

“It was pretty crazy out there yesterday and today,” Park said. “It was the toughest conditions I've ever played. I was just trying to make pars, and par is really tough out there.”

Ko seems to be on to something in the LPGA’s restart, even with a collapse at the Marathon Classic two weeks ago, when she squandered a five-shot lead with six holes to go, losing to Danielle Kang with a double bogey at the last.

Even with that, Ko’s T-2 finish was her best in 22 months, her first top-10 finish in 14 months. She followed up the Marathon Classic with a 12th place finish at the Aberdeen Standard Investments Ladies Scottish Open last weekend.

“The more times I put myself in contention, or in a good position, it gives me confidence about my game,” she said.

Ko, just 23, is seeking her third major championship title. She’s trying to claim her 16th LPGA victory, her first in more than two years. The former world No. 1 has slipped to No. 44 in the Rolex world rankings, but she likes the progress she’s making with her newest swing coach, Sean Foley.

“Sean has been trying to get me to swing aggressively and freely, and I feel like I hit it better that way,” Ko said. “Sometimes, it's easier said than done, but I've just got to go out there and not worry about it and just believe in myself.”

Ko was the youngest winner of a major when she won the Evian Championship as an 18-year-old. She won the ANA Inspiration the following year.

“I feel like every competitive round I get in, there's a bit more confidence that builds in,” Ko said. “It's like the saying where, even like an 18-handicapper, that one shot brings me back up for tomorrow. I really think it's the same for me, too. That one good shot that you feel, that that's the shot I want to emulate on the next hole, for tomorrow.” 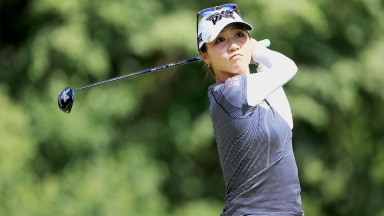 Lydia Ko fired a second-round 65 to take a one-shot lead going into the weekend at the Marathon Classic.