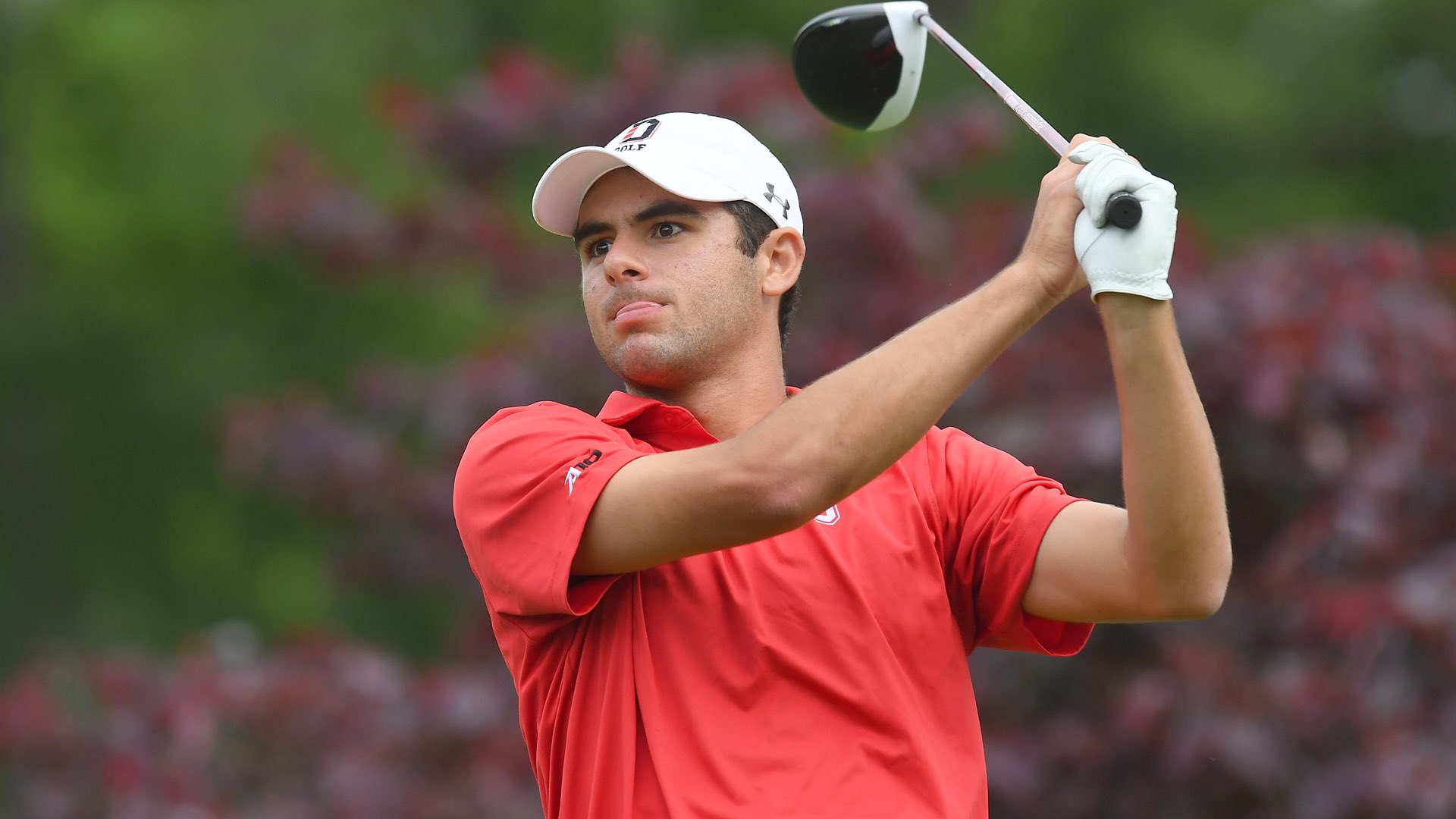 Tim Cowie/Davidson Athletics
“He told me 60. I said, ‘OK, I guess I’ll go after that.’” – his conversation with the Druid Hills starter on the course record prior to firing 15-under 57  -

Alex Ross and his playing competitors had just 10 minutes to eat lunch before heading back out to complete a 36-hole Thursday at the Dogwood Invitational. As they rushed to the 10th tee for their third round at Druid Hills Golf Club in Atlanta, the foursome joked about the likelihood that all four players would miss the cut.

Ross, who had opened his tournament in 75-73 and sat at 4 over, playfully asked the starter what the course record was.

“From then on, it was just ridiculous,” said Ross, who birdied seven of his final 10 holes, as well.

This is a truly outrageous scorecard from @davidsongolf’s Alex Ross, who shot a 15-under 57 — that’s not a misprint — today at The Dogwood. pic.twitter.com/RwsojiiZ6R

Ross, an Atlanta native, had only played Druid Hills a couple of times with some friends who are members. This is his first Dogwood appearance. He tried to qualify last year but missed by a shot after hitting his tee ball out of bounds on his final hole and making double bogey.

Ross played in all 11 tournaments for the Wildcats as a sophomore, recording four top-10s and a 73.03 scoring average. He was a first-team All-Atlantic 10 Conference selection. But his personal-best college round was 67 – or 10 shots higher than the score he posted Thursday afternoon.

“Yeah, this is by far my best accomplishment,” Ross said. “Not even close.”

The Guinness Book of World Records recognizes Rhein Gibson’s 16-under 55 as the lowest official round of golf ever recorded. Gibson, then a college player at Oklahoma Christian, posted the number at River Oaks Golf Club in Edmond, Okla., in 2012.

As for tournaments, Bobby Wyatt shot 57 at the 2010 Alabama Boys Junior before going on to star at Alabama.

Asked where his record-breaking golf ball was, Ross replied, “It’s a little scuffed up, but I didn’t want to change it out. … I hope my mom has it.”

Stephanie Ross showed up on the third hole of her son’s third round. He didn’t know she was coming. When Alex was a junior golfer, his mom used to head back into the clubhouse when he’d start playing poorly.

Ross is 11 under and suddenly back in the tournament, which concludes Friday. He’ll enter the final round hoping to have answered his many texts and voicemails while also preparing to track down co-leaders Spencer Ralston of Georgia and Jacob Solomon of Auburn. (Former Dallas Cowboys quarterback Tony Romo withdrew after nine holes of his second round Thursday.)

“Now I get to go out and try to win the tournament,” Ross said. “I’m just going to try and make some more birdies and give it a run.”

A run at that new course record, though, will be a tall task.