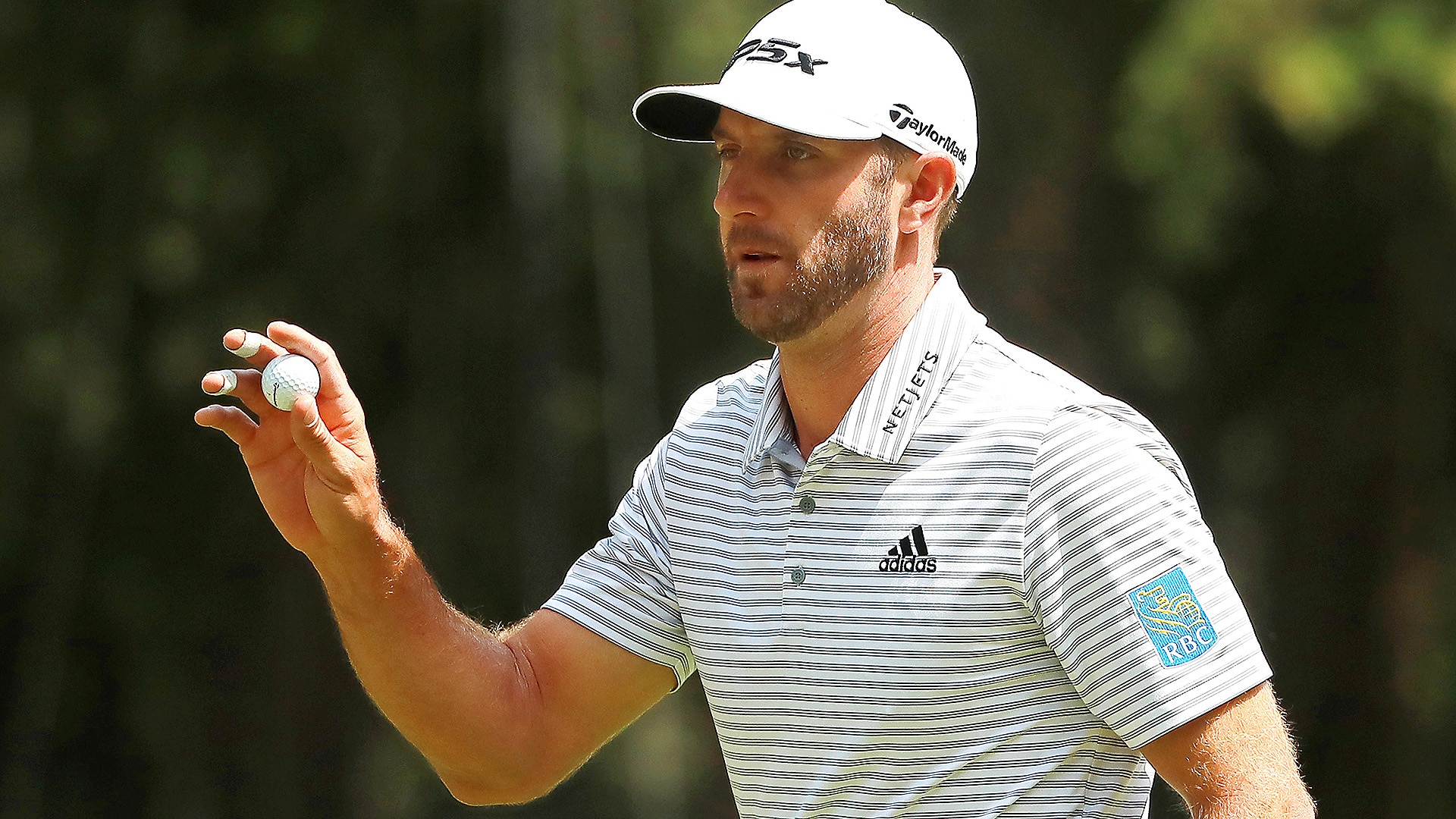 Plenty of big names made a push up the leaderboard on Moving Day at the WGC-Mexico Championship, but no one came even close to catching Dustin Johnson. Here's how things look with 54 holes in the books at Club de Golf Chapultepec:

What it means: Dustin Johnson won this event in the Tour's first trip to Club de Golf Chapultepec in 2017, and he looks poised to take home the trophy again two years later. DJ’s third-round 66 was highlighted by this drive he stuffed to 4 feet on the 369-yard, par-4 second hole, and he’s now just 18 holes away from his 20th PGA Tour win and sixth WGC title.

Round of the day: Johnson had this category wrapped up until a disastrous double-bogey 6 at the par-4 10th hole derailed his round (momentarily) and brought the rest of the field back within striking distance. Instead, it’s one of DJ’s chasers, Patrick Reed, who gets the nod. The reigning Masters champ started hot, opening birdie-eagle on his first two holes. And he recovered from a bogey on the par-4 fourth hole with birdies at six and nine to go out in 31. He made his second eagle of the round at the par-5 11th, gave a couple shots back with bogeys on 13 and 14 but rebounded with three straight birdies to get in the house with a 64. He'll need another low one Sunday to have a shot at chasing down DJ.

Best of the rest: Johnson (66), McIlroy (68), Garcia (69) and Smith (68) all had nice days, but  Patrick Cantlay made a huge jump up the leaderboard with his third-round 65. The former No. 1-ranked amateur in the world went out in a rather pedestrian 34, making two birdies and one bogey on the front side - but he got it rolling on the back, with three birdies and an eagle in a five hole span to come home in 31. The eagle came courtesy of a near-ace on the par-4 12th, which surprised Kevin Kisner, who was still on the green putting.

Biggest disappointment: A day after putting “caddie-gate” in the rearview mirror by getting within two of the lead through 36 holes in Mexico, Matt Kuchar went the wrong way on Moving Day, stumbling down the leaderboard with an 8-over 79. Kuchar went out in 38 after two bogeys and a double bogey on his front nine, and it only got worse from there. The 40-year-old dropped six more shots on his way in to the clubhouse, going from T-2 to T-30 in the process.

Main storyline heading into the final round: With McIlroy, Cantlay, Garcia, Reed and Woods lurking within striking distance of the lead, it will be interesting to see if Johnson can hold off the firepower. If he does, he will become just the fifth player in the last 50 years with 20 wins before before 35 and his sixth WGC victory would be second only to Woods’ 18. Johnson has converted seven of 15 54-hole leads over the course of his career. His largest blown 54-hole lead was six shots at 2017 WGC-HSBC Champions.

This close to a hole-in-one for Patrick Cantlay on the 395-yard 12th. @K_Kisner got a front row seat. pic.twitter.com/lbNmAtEceH