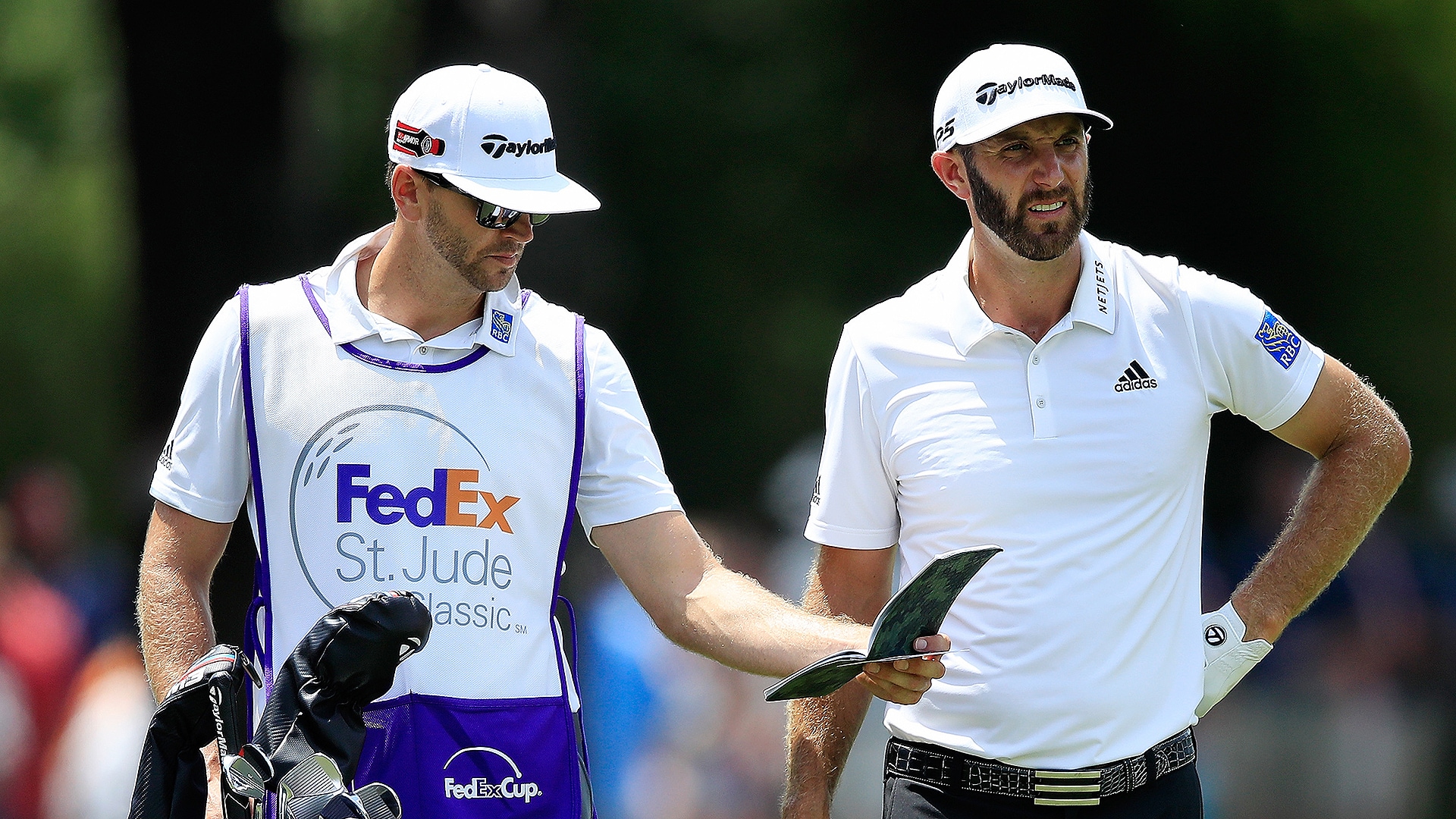 Dustin Johnson moved into early position Friday to take some winning momentum and the world No. 1 ranking to the U.S. Open next week.

Johnson’s 7-under-par 63 put him atop the leaderboard through the morning wave at the FedEx St. Jude Classic in Memphis, Tenn. He was one shot ahead of Ryan Blaum (64) and Andrew Putnam (64) with the afternoon wave going off.

A victory would vault Johnson back to No. 1 in the Official World Golf Ranking, a month after he lost the top spot to Justin Thomas.

Johnson, who won this event in 2012, made a big move on his second nine Friday with stellar wedge play at TPC Southwind, holing out a wedge from 111 yards for eagle at No. 1 (his 10th hole of the day) and nearly holing out again from 110 yards at No. 2. He tapped in from 9 inches for birdie and went on to shoot 29 on the second nine.

“I really like this golf course,” Johnson said. “You really have to focus on every shot. You can’t really let up. You have narrow fairways, and you have to hit the fairways. It’s a really difficult course to play from the rough.”

Johnson reigned at world No. 1 for 64 consecutive weeks before losing it to Thomas after The Players. Johnson broke through to win his lone major championship title at the U.S. Open at Oakmont two years ago. He and Rory McIlroy are the betting favorites heading to the U.S. Open at Shinnecock Hills next week, with Ladbrokes listing both players at 12/1.

Johnson is homed in with his putter at TPC Southwind. He needed just 24 putts in the second round.

“I’m rolling it down the line I’m looking,” Johnson said. “If I can get a good read and good speed, they’re going to go in.”