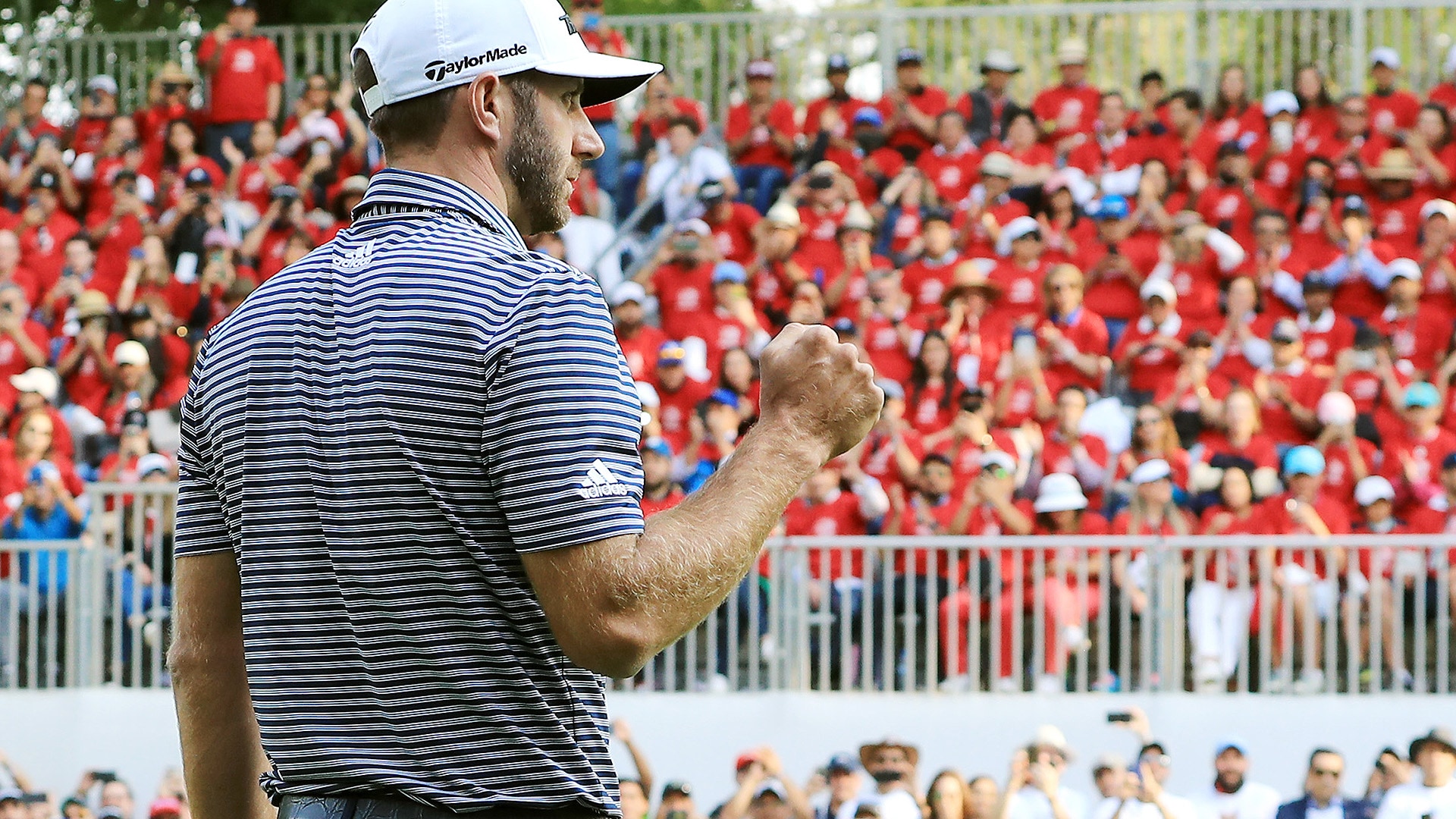 He started the final round with a big lead and barely broke a sweat. Here's how things ended up at the WGC-Mexico Championship, where Dustin Johnson left Chapultepec with the trophy for the second time in the last three years:

What it means: Johnson made it look easy for much of the week in Mexico, as he has now won this tournament three times overall and has six WGC titles to his credit. He started slowly over his first five holes, opening a small window for McIlroy to catch him, but Johnson cleared up any doubt with five birdies in a seven-hole stretch to open the back nine. It's his second worldwide victory this year and the 12th straight PGA Tour season in which he's won at least once. This is also Johnson's 20th career PGA Tour title and ensures that he'll receive lifetime status on Tour as soon as he completes his 15th season.

Round of the day: It was a roller-coaster week for Justin Thomas, who bettered his third-round score by 12 shots during Sunday's finale. Thomas opened with 66 before falling back with rounds of 73-74, but he rocketed back up the leaderboard after closing with a 9-under 62. Thomas opened his round with four straight birdies on Nos. 10-13 and circled nine birdies over his first 12 holes. The effort helped him move up 28 spots in the standings into solo ninth place at 9 under.

Best of the rest: Casey was over par through 36 holes, but the Englishman rallied with consecutive rounds of 6-under 65 to grab a share of third place. Casey's final round included birdies on each of his first three holes and only one dropped shot, that coming on the par-3 13th hole, as he moved up 10 spots in the final standings.

Biggest disappointment: It was a rough close for the reigning Masters champ, as Patrick Reed closed with a 2-over 73 while playing alongside Johnson and McIlroy in the final group. Reed bogeyed two of his first three holes and added a double on No. 9 as he finished the week at 7 under and dropped into a tie for 14th.

Quote of the day: "To get 20 wins out here is very difficult. To do it before I turn 35 is pretty incredible." - Johnson