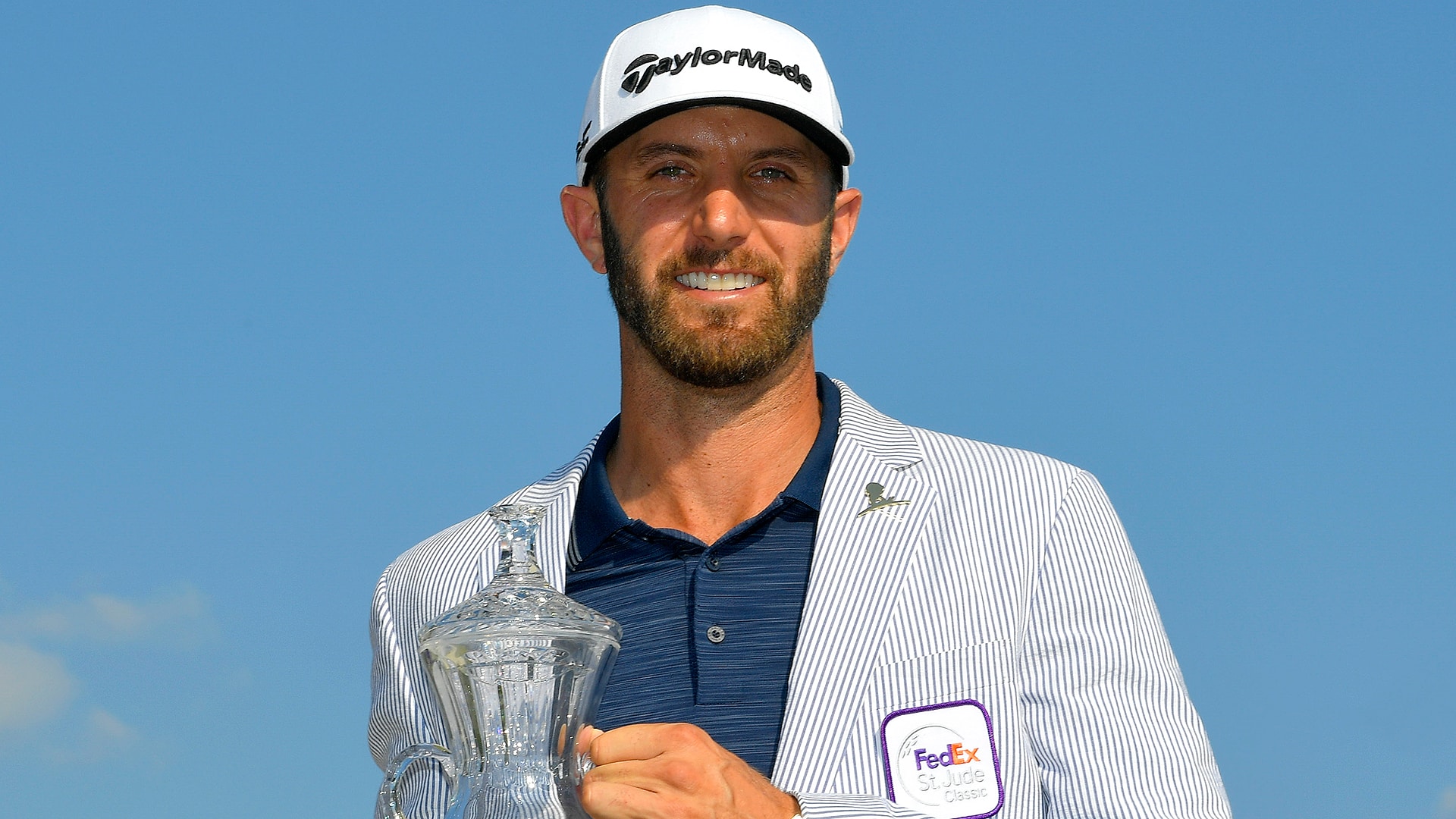 Johnson’s placid demeanor rarely if ever gives way to an on-course emotional outburst. He doesn’t often talk to his ball, and his standard celebration is a raised hand or a subdued fist bump – even when holing out for eagle from 171 yards to close out a six-shot win.

In the age of “what have you done for me lately,” his eight-shot romp at Kapalua might as well have happened in 2014. He had been relatively quiet since, ceding the top spot in the world rankings to Justin Thomas and plodding his way around while other big names received more attention.

But after another decisive victory Sunday at the FedEx St. Jude Classic, capped by some memorable theatrics on the 72nd hole, it’s clear that the number of players who can match DJ when he’s in full stride is decidedly small.

Johnson started the final round in Memphis tied for the lead, but from the first few moments it was clear that this would not be a repeat of Pebble Beach, when he was upended by Ted Potter Jr. Johnson led Andrew Putnam by two shots after a single hole, grew his advantage to three in short order and barely broke a sweat on the back nine.

“It was nice to be back in the hunt, to have the lead,” Johnson told reporters. “To play, and get the juices flowing a little bit. It feels like it’s been a long time, and it’s only been six months.”

If it’s possible for the world No. 2 to fly under the radar, Johnson had accomplished the feat entering the week. But while some players lose top billing because of spotty results, Johnson’s downgrade came about simply because he couldn’t keep up with Thomas’ blistering pace. The changing of the guard was about what Thomas was doing right, not what Johnson was doing wrong.

With another trophy in his possession, Johnson heads to Shinnecock Hills with an eye-popping stat line this year: seven top-10s in 10 worldwide starts in stroke-play events, with no result lower than his T-17 finish last month at TPC Sawgrass.

“I knew coming into this week I was swinging really well, had a lot of confidence in the game,” he said. “I played really well all week.”

Johnson likely won’t lose sleep over the fact that no player has ever won the U.S. Open after winning on Tour the week prior, simply because Johnson doesn’t seem to lose sleep over much of anything when it comes to his day job. Ever the unflappable athlete, he has overcome more than his fair share of on-course turmoil without so much as a scar.

Of course several of his most tense moments came in the U.S. Open, be it his meltdown at Pebble Beach in 2010, his closing three-putt at Chambers Bay in 2015 or his rules fiasco at Oakmont the following year. He managed to brush each off with time, none more so than two years ago when he went from having an official’s hand on his shoulder to putting his hands around the trophy in a matter of hours.

The components are all there for another run to a major title next week at Shinnecock. Scroll down the season-long stat line and you’ll quickly run out of superlatives for Johnson, who leads the Tour in scoring average, total strokes gained and strokes gained: off the tee, just to name a few.

There’s every reason to expect that skillset to translate into more success at the year’s most demanding event, where Johnson finished T-4 or better three straight years before a surprising missed cut last year at Erin Hills.

“I have high expectations going into every week,” Johnson said. “I feel like the game’s in good shape. I feel like I’m driving it well. I’m really hitting my irons well, and my wedges are really good. So I’m really looking forward to going into next week.”

Heading into a major championship on one of the sternest tests around, there will be plenty of names who appear poised to contend. But after lapping the field for the second time in a matter of months, Johnson regained the top spot in the world rankings – and showed once again why it’s usually wise to begin any list of U.S. Open favorites with his.