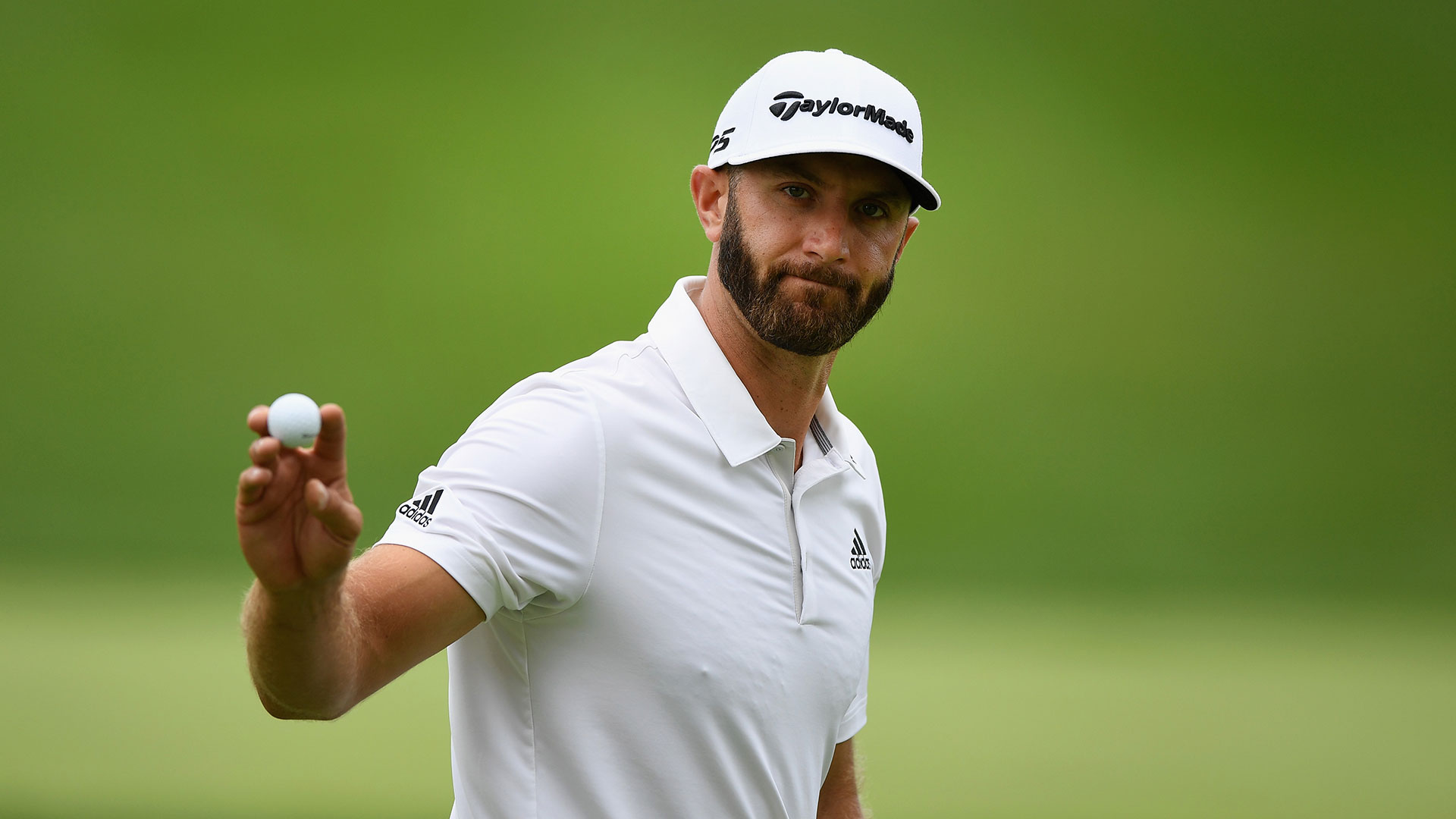 Dustin Johnson made a big move on Saturday to grab a share of the lead at the Canadian Open. Here's the lowdown from the third round at Glen Abbey.

What it means: Coming off a disappointing missed cut last week at The Open, DJ is back on track in Canada. The world No. 1 is seeking his third win of the year, and it would tie Bubba Watson for the most wins on the season. Other than his missed cut at Carnoustie, DJ hasn't finished outside the top 17 in six events since the Masters. He's come close at Glen Abbey, finishing T-2, T-2, T-8 in his last three starts. DJ would be the first world No. 1 to win the Canadian Open since Vijay Singh in 2004.

Round of the day: Johnson tied for the low round of the day, and it could have been so much better. He started with five birdies in the first six holes, but then he played his next seven holes in 2 over par, including a bogey at the par-5 13th. DJ then played the last five holes in 4 under par despite a par at the par-5 18th.

Best of the rest: Ben An grabbed a share of the lead with a bogey-free, 6-under 66. And it came at a good time. Since losing out to Bryson DeChambeau at the Memorial, An hasn't finished better than 41st in his last four starts.

Biggest disappointment: Coming off a 9-under 63, and in position to grab his first win since 2012, Keegan Bradley tumbled down the leaderboard with a 1-over 73.

Shot of the day: DJ had many great shots to choose from, but this fairway bunker shot at 14 was pretty nice:

Main storyline heading into the final round: All eyes will be on DJ as he has the clear advantage heading into the final round. He is seeking his 19th PGA Tour win, while the other three players tied for the lead are seeking their first. An is the other player to watch since he did win the European Tour's flagship event - the BMW PGA - in 2015, and he nearly won the Memorial in June.