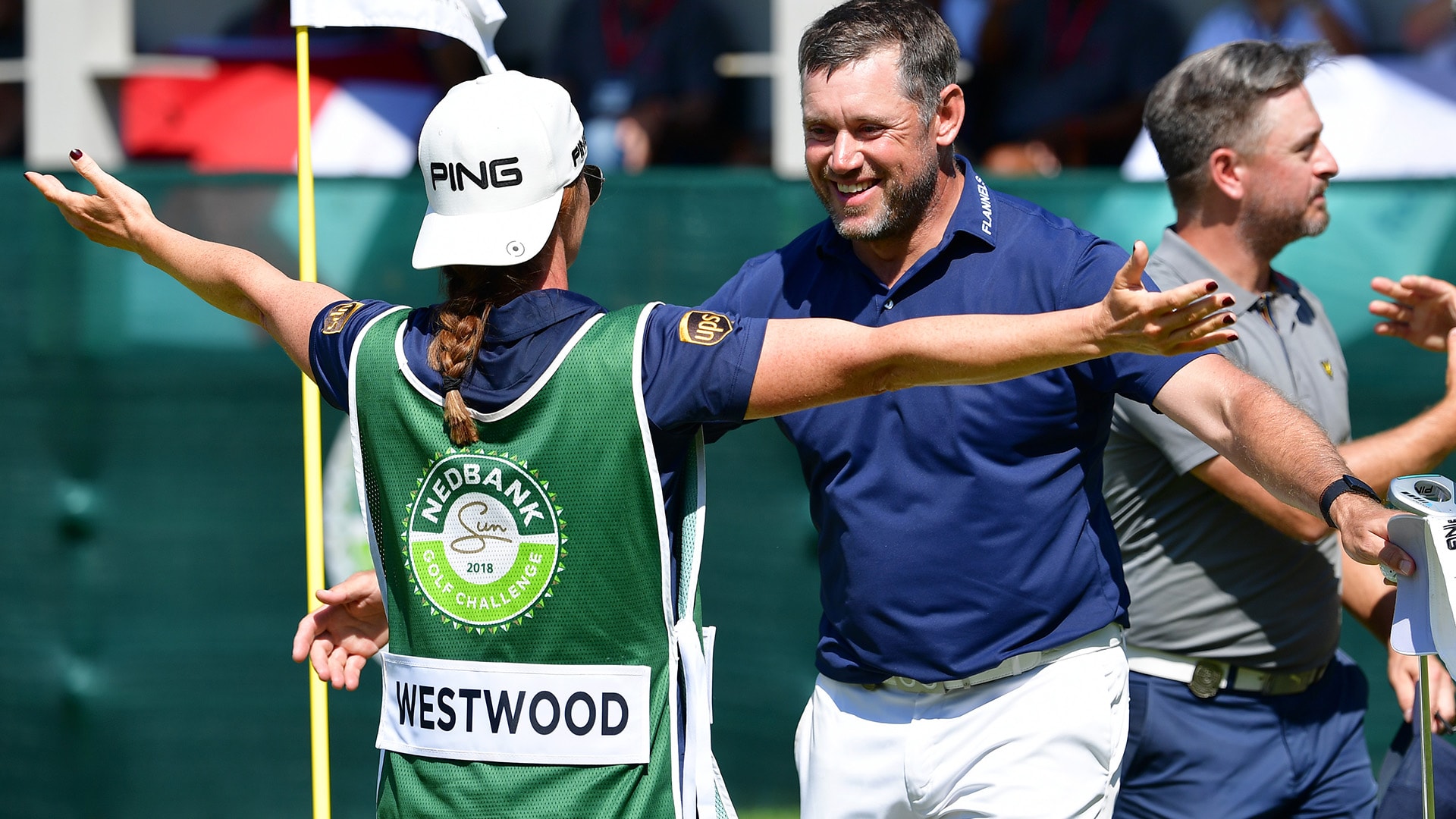 The longevity afforded by a professional golf career can work both ways.

On one hand, there's the uplifting notion that any single week can go your way. That the right set of circumstances can turn back the clock and unveil a direct path to the fountain of youth. But that brimming optimism also means that players rarely know that the last win is, in fact, the last one in the moment.

Such was the case with Lee Westwood. The former world No. 1 has had a decorated career, and when he won the 2014 Maybank Malaysian Open he was still a staple among the top players in the world. But then his form began to slip, and the Englishman endured a messy divorce. His focus drifted off the course as the birthdays of his mid-40s added up.

So when Westwood arrived at this week's Nedbank Golf Challenge, he retained hope that he could contend but had also come to the realization that his win in Malaysia more than four years ago could very well have been his last European Tour triumph. But after closing with a whirlwind 64 to overtake Sergio Garcia, Westwood suddenly found himself back in the winner's circle at age 45.

"I'm a bit emotional, to be honest," Westwood told reporters. "You're never sure whether you're going to be able to do it again."

Westwood's career has been in transition mode this year. He failed to qualify for the Masters for the first time since 2004, and after falling out of the top 50 in the world rankings he lost his usual spots in the other majors. While he played The Open, an MDF at the Houston Open turned out to be his only start in the U.S. this year.

As the summer progressed, Westwood's focus increasingly narrowed on the European Ryder Cup effort, where he served as a vice captain to Thomas Bjorn with a captaincy of his own expected in the not-so-distant future. The team win in France brought back a grin that Westwood hasn't worn often since finishing runner-up to Danny Willett at the 2016 Masters.

Westwood, whose last worldwide win came at the Asian Tour's Indonesian Masters in April 2015, slipped as far as 125th in the world rankings in August.

But a T-5 finish three weeks ago in Spain indicated the game was still there, and Sunday Westwood torched Gary Player Country Club with six birdies and an eagle, turning a three-shot deficit into a three-shot win over Garcia after putting the tournament out of reach with birdies on Nos. 16 and 17.

"Until now my emotions have felt really under control all day, which is what I've been working hard on," Westwood said. "I've got a bit of a process that I'm going through with my golf swing, and I'm starting to see better shots. The 7-iron into 17 is probably one of the best shots I've ever hit."

After the round, Westwood celebrated and savored the breakthrough moment like it could be his last rendezvous with a trophy. But the form he flashed in the final round is proof that a turnaround can lurk just one week away, even for those whose biggest achievements are behind them. 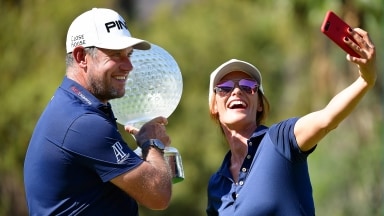 Lee Westwood shot 8-under 64 on Sunday to top Sergio Garcia by three shots. 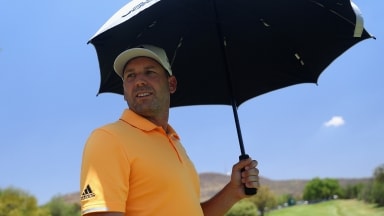 Sergio Garcia leads by two strokes going into the final round of the Nedbank Golf Challenge. 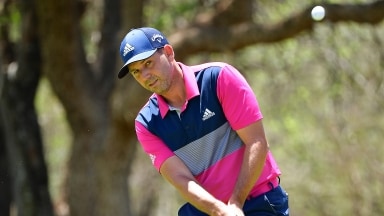 Louis Oosthuizen made a charge on Friday, but Sergio Garcia managed to hold onto his lead at the Nedbank Golf Challenge.