The European Tour has unveiled its schedule for the 2020 season, a globetrotting itinerary that will include 46 tournaments across 29 countries.

The new campaign will actually kick off late next month, with the Hong Kong Open and Alfred Dunhill Championship in South Africa both concluding on Dec. 1. The first tournament of the new year will be the South African Open Jan. 9-12, with the April 30-May 3 Andalucia Masters the first event actually played in Europe. The new season will conclude Nov. 22 at the DP World Tour Championship.

The Rolex Series will return for the fourth season and will include the circuit's eight biggest events. The first Rolex Series event will be in Abu Dhabi in mid-January, followed by the Dubai Duty Free Irish Open, which is moving to late May, and the Scottish Open, annually played in July the week before The Open. Other Rolex events include the BMW PGA Championship (Sept. 10-13) and the Italian Open (Oct. 8-11), with the season closing out with three straight Rolex events in Turkey, South Africa and Dubai in November. 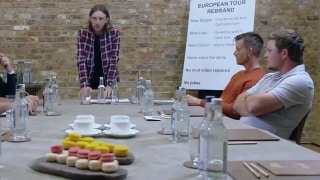 The British Masters, hosted in recent years by one of the Tour's top English stars, will next year be hosted by Lee Westwood at Close House and played July 30-Aug. 2, the same week as the men's Olympic golf competition in Tokyo.

Click here for a closer look at the full 2020 schedule.