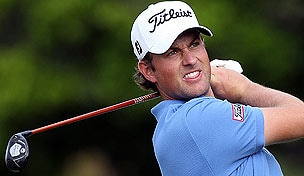 This week the PGA Tour heads to Orlando, where a star-studded field will tee it up at Bay Hill with the hopes of notching a key victory as preparation begins to conclude for the season's first major. Each week, a panel of experts will offer up their picks from four groups of players based on Golf Channel's new fantasy game, Fantasy Challenge. We will also keep track of their scores and standings. The panel includes: senior writers Rex Hoggard, Randall Mell and Jason Sobel; contributors John Hawkins and Win McMurry; editorial director Jay Coffin; 'Morning Drive' host Gary Williams and staff writer Ryan Lavner. They will also be joined by former 'Saturday Night Live' star Norm Macdonald, who will serve as a celebrity guest throughout the fantasy season.

Group 1: Tiger Woods: Didn't take him at Doral and lost ground. So this week, without shame I'm putting him on my team. How can you not, when you look at past performance (seven wins here) and recent form? He enters after a week off following his latest win, with the relationship secret off his chest and with a chance to regain the No. 1 ranking in the world.

Group 2: Jim Furyk: He's coming off his season-best finish, a T-7 in Tampa, which is one of three top-25 finishes this year. He has consistently played well here over the last three years, with two T-11s and a tie for ninth.

Group 3: Jimmy Walker: Having four top-25 finishes this season is something to brag about in Group 3. Walker tied for 24th here last year.

Group 4: Trevor Immelman: Not a stellar season for the South African, with two missed cuts in six starts, but he shines when he comes to Bay Hill. Playing in his backyard, he tied for 11th last year, was T-12 the year before and also T-9 in 2007.

Group 1: Tiger Woods: This one is easy, with two wins in five starts this season and seven wins in 16 starts at Bay Hill. There may not be a clear favorite for this year's NCAA Tournament, but at the API, Woods is the undisputed No. 1 seed.

Group 2: Jason Dufner: Hasn't been at his best this season, but this was about the time he began to heat up last year and Bay Hill is the type of demanding track where Dufner seems to play his best.

Group 3: David Toms: This weekend's wet forecast doesn't exactly favor Toms, but he has played well at the API in the past (T-3 in 2011) and when he's putting well, he has a tendency of surprising people.

Group 4: James Hahn: The rookie has hit a lull since coming east (missing three consecutive cuts), but has the length to contend on a long and wet golf course.

Group 1: Bubba Watson: Just a hunch that most of my colleagues will pick Tiger. When you're near the cellar, you've got to zig when everyone else zags.

Group 2: Jim Furyk: Hard to believe it's been three years since his last win. The next one may not be too far away.

Group 3: K.J. Choi: That new claw putting grip seemed to be working well in Tampa. He's the best of the bunch in Group 3.

Group 4: Brendan Steele: Should be a good course for the long-hitting Steele, who showed signs of breaking through last week.

Group 1: Tiger Woods: Do we really need to give a reason in an event Woods has won seven times?

Group 3: Jimmy Walker: Good start to the 2013 season, and good vibes coming back after the birth of his child.

Group 4: Sean O'Hair: Wasn't that long ago that he gave himself a chance to win this event.

Group 1: Tiger Woods: Don't be cute here. He's a seven-time winner at Bay Hill. He's motivated to get back to world No. 1. And everyone else will pick Tiger - play defense.

Group 2: Webb Simpson: Overlook his poor record at Bay Hill, with only one top-30 finish. Why? Because he has four consecutive top 20s on Tour.

Group 3: Boo Weekley: Quietly, Boo has had a nice season, and last week's runner-up in Tampa was his third consecutive top-25 finish. Those injury woes are behind him.

Group 4: Billy Horschel: Grew up about an hour from Bay Hill, so he should have lots of friends and family in the crowd. But more importantly, he hasn't missed a cut on Tour since last May.