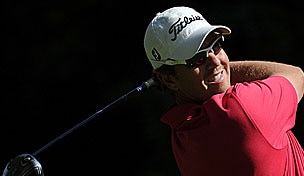 This week the PGA Tour heads to Innisbrook Resort along Florida's Gulf Coast for the Tampa Bay Championship. After rating as the toughest stop along the Florida Swing a few years ago, the Copperhead Course has yielded lower scores in recent years, with each of the last three winners eclipsing 12 under after 8 under and 4 under were the winning totals in 2009 and 2008, respectively. With that in mind, here is a look inside the numbers to see which players may contend for the title and help your Golf Channel Fantasy Challenge team in the process:

• After battling the 'Bear Trap' two weeks ago at PGA National, players in this week's field will have to navigate the 'Snake Pit' on their way to the clubhouse each round at Innisbrook. Comprised of holes 16-18, the stretch played more than a half stroke over par for players last year and is highlighted by the 475-yard, par-4 16th, which has ranked as the event's hardest hole each year since 2010.

• Coming off a tie for fourth in Puerto Rico, Brian Stuard could be the hottest player in this week's field that you've never heard of. With just one career top-10 finish to his credit entering 2013, Stuard has added three more already this season, including a tie for fifth at the Sony Open in his first start. Currently eighth on Tour in both strokes gained putting and scoring average, the Michigan native has finished outside the top 30 just once in six starts thus far this year.

• The Copperhead Course will give players plenty of chances for holes-in-one, as the course features five par-3s, including three across the final six holes. This bodes well for players like Stuard, Richard H. Lee, Josh Teater and Charlie Wi, who all enter this week's event tied for third in par-3 performance, having each played the shortest holes in 8 under cumulatively so far this season.

• Though navigating the tree-lined fairways at Innisbrook is often critical to success at this event, last year Luke Donald rode a hot putter to victory, leading the field in strokes gained putting. Entering this week, Bryce Molder finds his name atop the strokes gained putting category for the 2013 season, which helps explain how the Yellow Jacket has put together four top-25 finishes in six starts this year, highlighted by a tie for 12th at Pebble Beach. Molder also tied for 20th at Innisbrook a year ago.

• In need of a high finish, veteran Justin Leonard returns to a venue where he has had considerable success in seasons past. Leonard, who is playing this season off a one-time career earnings exemption, has yet to crack the top 30 after seven starts in 2013 but now heads to Tampa where he has notched six top-30 finishes in eight starts since 2000, including a tie for 20th in both 2010 and 2011.