Feeling good on and off the course, Creamer (64) grabs Evian lead 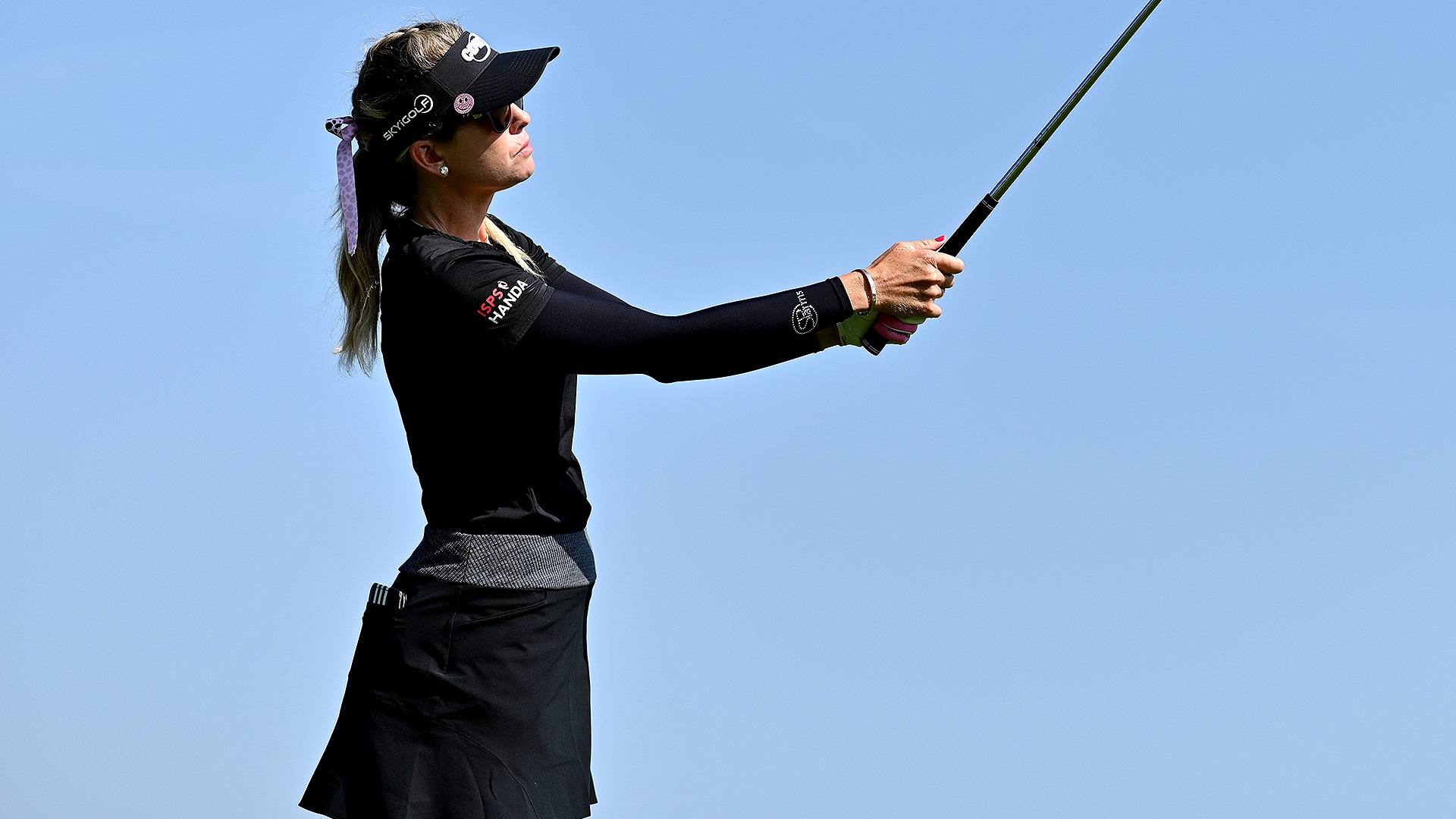 The closer the Solheim Cup gets, the better Paula Creamer’s form seems to get.

With a 7-under-par 64 Thursday, Creamer moved atop the leaderboard through the morning wave at the Evian Championship.

Her lead held up throughout the afternoon and it marks the first time she has led a major since she won the U.S. Women’s Open at Oakmont in 2010.

Creamer’s record bears that out.

She tied for sixth teaming with Morgan Pressel at the Dow Great Lakes Bay Invitational last week, her best finish in more than three years, since she tied for fourth at the Founders Cup in 2016. She tied for eighth at the ShopRite Classic last month. That’s two top-10 finishes among four top-20 finishes in her last five starts.

“I told Paula two months ago, we’re very, very close,” said Kevin Craggs, Creamer’s swing coach. “She felt like she was close, even though it may not have looked that way to people on the outside.”

There are great memories for Creamer at Evian, and some bad ones, too.

She won the Evian Championship as a rookie in 2005, before it was a major, but she also remembers leaving the course in “excruciating pain” two years ago. She couldn’t finish the first round. She walked off in tears holding her left wrist and needed surgery a month later. She was out of the game for six months.

In her personal life, there were challenges with her marriage ending. Professionally, there was rehab at year’s start, and then significant swing changes with her new coach, to take pressure off her wrist.

“I feel like I'm in a really good place off and on the golf course,” Creamer said. “It's hard enough out here, and then you bring your other life into the mix of things.”

Last year was a struggle, with Creamer making 17 starts without a top-10 finish. She ended the year 113th on the money list, her worst finish in her 14 years on tour. She plummeted to No. 216 in the Rolex Women’s World Rankings this past spring.

“All the work in the past year is paying dividends.”

Creamer shot a 63 at the Walmart NW Arkansas Championship two weeks ago.

“I feel, really, just in control,” she said. “I think we've got a really good system going on now with my team. I'm confident and playing good golf. When you're in control, you kind of feel better about going into tournaments with tighter pins, things like that.”

Creamer, 32, also feels good about a new putting stroke, a new putter and the new AimPoint system of alignment she’s adopting. She has gone to a “split stance,” with her left foot set slightly behind her right.

“I feel really comfortable,” Creamer said. “My stroke is very consistent every single time. I walk in and I go. You don't see me really fiddling a lot. Just kind of stepping into it and putting it.”

The changes are helping Creamer as she tries to make a late run at qualifying for the U.S. Solheim Cup team. She has played on every team since she joined the LPGA, but she is a distant 33rd on the U.S. points list this week. She needs to crack the top eight to make it on points with just four events left to qualify. It helps tremendously that she made it into next week’s Women’s British Open as a late addition. There are double points this week and next. Even if she doesn’t make the team on points or off the world-rankings list, she could still impress U.S. captain Juli Inkster enough to earn a captain’s pick.

For now, Creamer is happy to feel returning confidence.