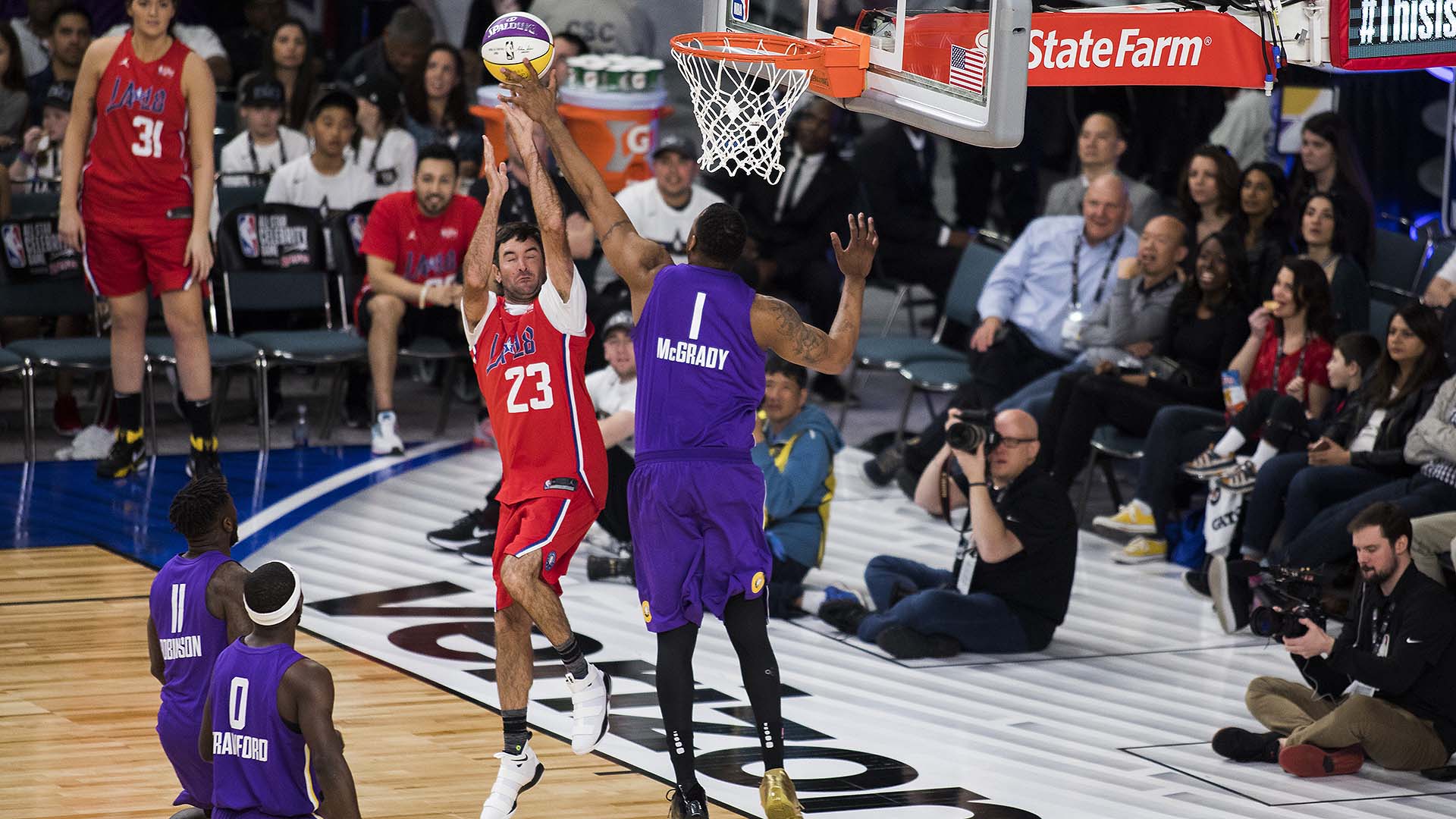 So, after opening second-round 70 at Riviera Country Club, Watson raced over to the Los Angeles Convention Center to join the likes of Justin Bieber, Jamie Foxx and Nick Cannon in the NBA All-Star Celebrity Game.

To put it nicely, his performance ... could've gone better.

The two-time Masters champ finished with two points - on a pair of free throws - and he grabbed a few rebounds, which isn't so bad, considering he plays a totally different sport for a living.

But he'll never live down his airball from the top of the key or this decision to take the ball into the paint against NBA Hall of Famer Tracey McGrady:

No no no! Don’t bring that around here @bubbawatson

Perhaps the most incredible part of the story is that Watson rebounded from the "Swat Heard 'Round the PGA Tour" in time to win the Genesis Open, carding 65-69 over the weekend to win by two.

So the week wasn't a total loss for Bubba.

Na fires back at criticism from cricketer

Kevin Na fired back over recent criticism he received about his purported slow play at last week's Genesis Open. 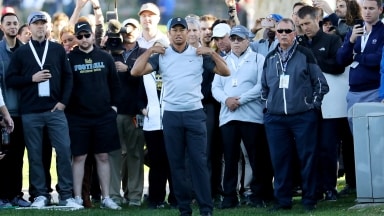 Randall's Rant: Tiger no longer one with the chaos

If Tiger is no longer able to rise above rabid fan energy and use it to his benefit, he really may be just one of the guys this time around. 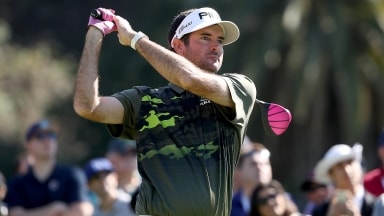 Bubba Watson won the Genesis Open for a third time in his career. Here's a look inside his bag.