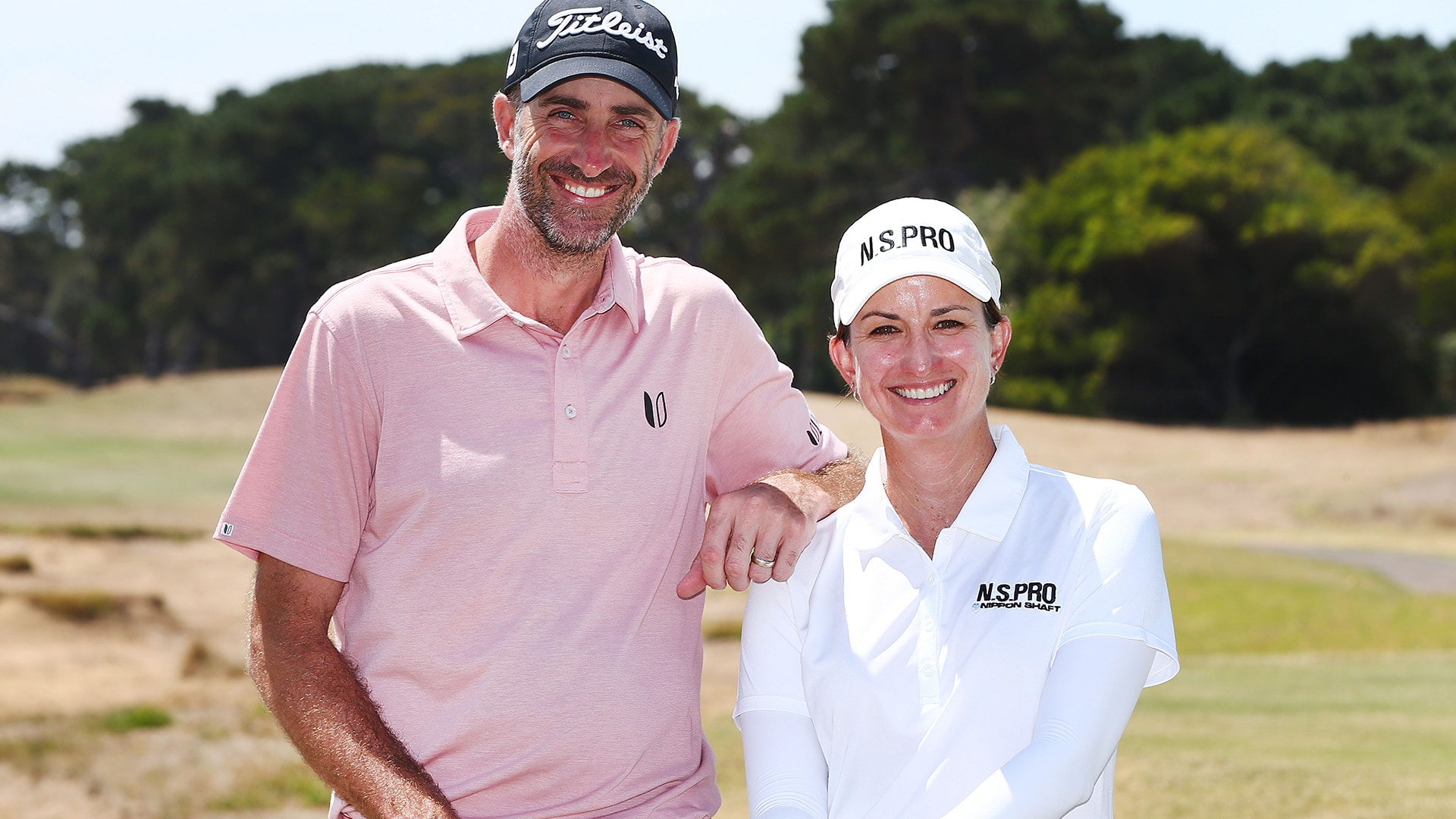 They are two of the most insightful and respected players in the game, Aussie icons whose voices have reached everywhere the sport is played.

Karrie Webb and Geoff Ogilvy are lending more than their games to the ISPS Handa Vic Open this week. They’re lending their powerful voices.

Webb and Ogilvy are back home sounding the trumpet of a progressive format they would love to see duplicated elsewhere in the world.

In fact, Ogilvy believes it would help their national opens, with men and women playing the same courses at the same time for the same amount of prize money, just as they’re doing this week in Victoria.

“The Vic Open is a relevant tournament in the world this week,” Ogilvy said. “People are noticing because of the equal prize money and the LPGA and the guys thing. That's a big deal. We would have the same effect if it was the Australian Open.”

The foundering Vic Open was revived when the women were invited to join the event for the first time in 2012. Ogilvy wondered Wednesday if the women wouldn’t have the same uplifting effect if the Australian Open followed the Vic Open’s model.

“I don't see why not,” Ogilvy said. “It only adds to each tournament. It certainly helps the girls' tournament, and I think the girl side helps our tournament, because you get the fans that would only go watch one side of things, now they go watch both sides of things.

“And it works in other sports. It's brilliant, right? Tennis always works. I mean, the Olympics. Why not? And as I said, the sum of the parts would be greater than the individual things, I would think, which is certainly the case here.”

The Vic Open men were playing for $100,000 in Aussie currency before the women joined them eight years. They’re playing for tenfold that now. Conversely, the women’s Vic Open had gone defunct. The men’s invitation to join them brought that event back.

“Now that it's reached the level where the LPGA has co-sanctioned it and the men's European Tour, it's caught the world media, the golf media's attention,” said Webb, the seven-time major championship winner. “I did a couple of interviews a couple of weeks ago before I came home, with the U.S. golf writers. For them, it's like this new concept, but for us in Australia, it's been around for a while. It really has made people sit up and take notice, and hopefully that's a concept that can be duplicated in other parts of the world.”

Webb believes the way men and women alternate tee times is an important element of the Vic Open’s success.

“A lot of people think, ‘Oh, the women will be on one course, the men will be on the other,’” Webb said. “The way it is, alternating groups of men and women, I think it's great for the golf fan that comes to watch because they can watch the best of both men and women and sit on one hole and watch that all day.”

Golf Australia CEO Stephen Pitt said it’s like a getting to see a doubleheader.

“It’s like having two tournaments in one, especially on Sunday afternoon, when you have the two final groups coming down the stretch, finishing the tournament,” Pitt said.

Pitt believes the growing media attention the Vic Open is receiving with the European Tour and LPGA aboard for the first time will help it continue to grow in popularity.

“The expectation is as the fields have gotten stronger, with more corporate support, with a live TV broadcast around the world now, that we will get increasingly better attendance coming from a pretty strong base,” Pitt said. 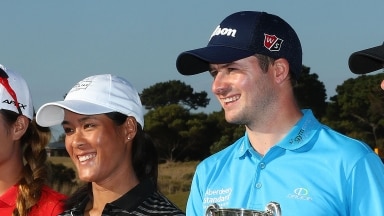