'Great idea': Players OK with Tour's late addition of internal out of bounds at Sony Open 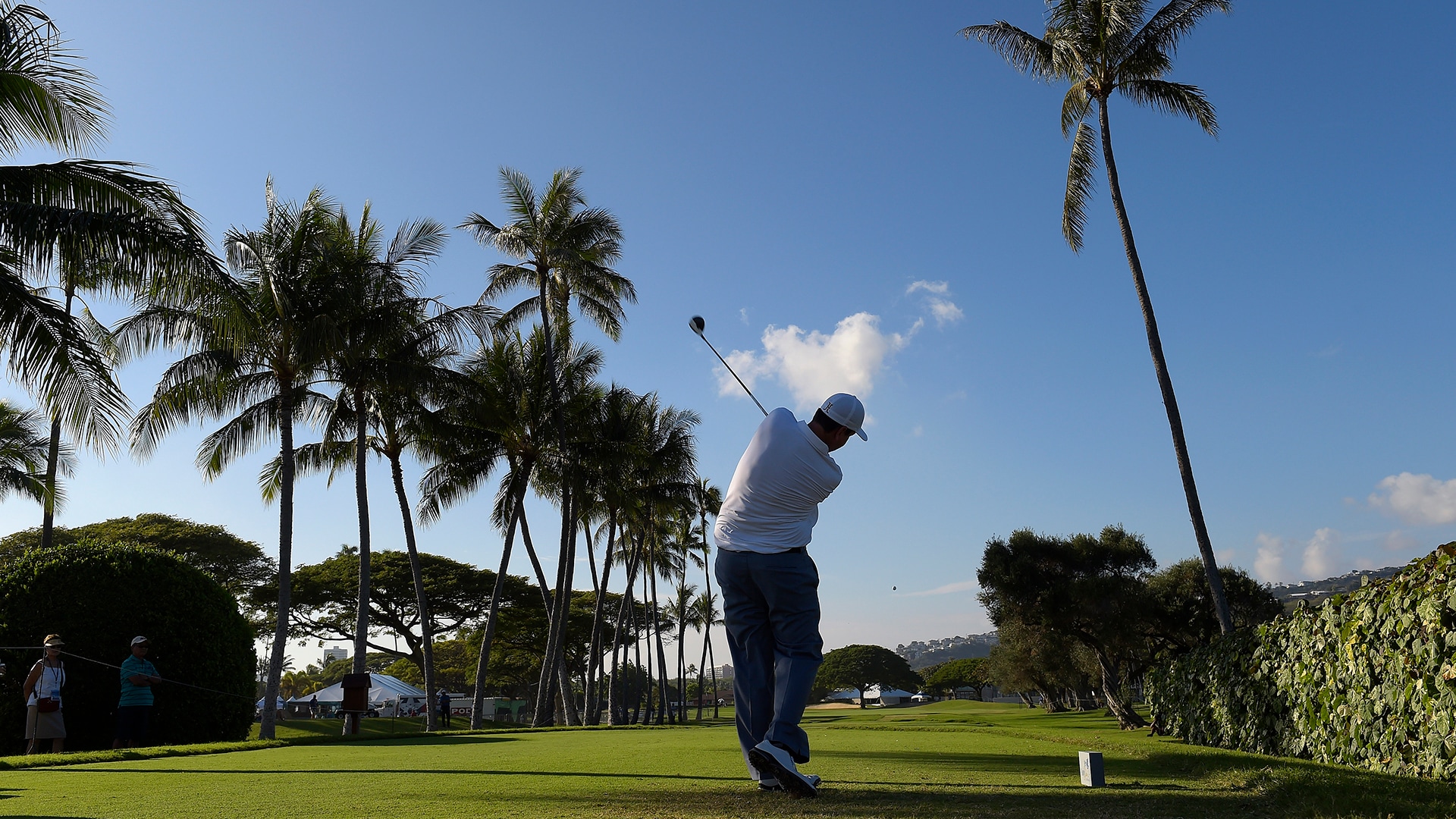 Billy Horschel was in the middle of Wednesday’s Sony Open pro-am when Golf Channel’s Justin Leonard asked him a question.

“Do you think about going down No. 10?” Leonard inquired, referencing players who were looking to take a shortcut off the tee at the 514-yard, par-5 finishing hole at Waialae Country Club.

Horschel, admitting that the thought had never crossed his mind since there are normally grandstands preventing such a strategy, replied: “No.”

Leonard added: “Well, a lot of guys are. They are having like flip wedges into the green.”

Horschel responded again: “Maybe I'll have to look at it when I get on the tee.”

Later that evening, Horschel got a text from the PGA Tour, which sent out the message to every player in the field to inform them that officials were adding a local rule for the tournament: there would now be internal out of bounds left of the 18th fairway in an effort to prevent players from playing down the 10th hole.

The stakes run for about 300 yards between Nos. 10 and 18, starting near the 10th green and ending about 50 yards from the 18th green. They are not out of bounds, however, for players playing No. 10.

“Smart,” Horschel said. “I think the hole should be played the way it was designed and not cheat – not saying cheat, but not take advantage of whatever you want to take advantage of. Obviously, there's a few guys laying up here and there's a safety hazard, but I think playing the hole the way the hole was designed and intended, I think they kept that in play with those OB stakes.”

Cameron Smith also agreed with the Tour’s decision: “I think it's a great idea. Too many guys hitting it down there, anyway.”

Smith won last year’s Sony Open in a playoff with Brendan Steele, who parred the final hole of regulation after hitting his tee shot way left and getting free relief from the grandstands. Asked Thursday whether that tee ball would’ve been out of bounds had there been no grandstands and internal out of bounds, Steele believed that it still would’ve been in play.

“I was hoping that they would do the right thing and only put them where guys would try to go in between the trees down 10 fairway or whatever and not where like if you over-hook one trying to get it going left that it would actually go out of play and it doesn't, so I think they did a good job if that's what they were trying to do,” Steele said. “… You can see there's two stakes 50 yards short of the green, so they are trying to keep the tee shot on purpose from going down 10. That's all they are trying to do. I wouldn't have been out of bounds.”

Not every player, though, was happy about the late rule change.

“I'm kind of shocked that anybody would put in-course out of bounds, no matter what tournament you play in,” Jason Kokrak said. “I could see with fans being here, but there's really nobody around. So, I was kind of shocked that they had not done it in the previous years, but, hey, that's not my decision.”

Kokrak was then reminded by a reporter that he played the 2019 Open Championship at Royal Portrush, which used internal out of bounds.

“Yeah, I did,” Kokrak said. “I didn't say anything there, either. Keep my mouth shut, keep my head down and just try to make birdies.”

On Thursday, two players hit tee shots left and out of bounds at the closing hole, Rory Sabbatini and Pat Perez. Sabbatini made bogey while Perez managed to save par.