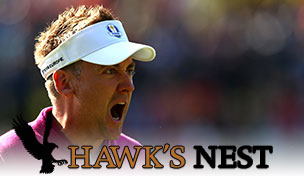 Midway into the first quarter of my 9-year-old daughter’s basketball game a few weeks back, I got up to use the men’s room, then waited until play had stopped at the far end of the gym before jogging across the court and returning to my seat. As soon as the quarter ended, the referee came over and scolded me for crossing the floor while play was in session.

“Don’t ever do that again,” he said with undue emphasis, which still would have bothered me if my older daughter, my wife and a good friend of ours weren’t sitting right there. Still, I let it slide, at least for a couple of minutes, until the awkward silence threatened to transform me into the little-league dad I so despise.

The guy had downsized me in front of my family. In an unnecessary tone, no less, as if this were Game 7 of the NBA Finals. At moments like these, a man is forced to make a couple of crucial decisions in a short period of time. Does my reply come in the form of a five-knuckle, four-letter-word combo? Am I strong enough to not reply at all? And why does my wife always get mad at me, regardless of how these situations turn out?

I saw an open left lane on the high road and walked out, regretting only that I didn’t cross the court again while exiting the building. Some guys, you give them a whistle and they want to rule the world. You might also say that one overreaction deserves another.

ELSEWHERE IN THE department of Much Ado About Nothing, I’m thinking no big PGA Tour event has undercut the swell of pre-tournament buzz more often than the WGC-Accenture Match Play. Wednesday’s 32-match opening round might be the most interesting weekday on the schedule, but in general, things seem to get more anticlimactic as the week goes on.

After a rough start in terms of getting the game’s biggest names into the late rounds, each of the last four finals have featured marquee matchups. None of the four were all that compelling or close. We’ve seen a couple of insufferable blowouts – not once have we seen a late charge by someone to win the thing, or a stretch of spectacular golf even the most devout cynic would have to classify as memorable.

Too bad. Match play is a format with a lot of cool qualities, and the Tour does it only once a year. From a business standpoint, Accenture has been a terrific title sponsor – the only company still around since the WGC series was instituted in 1999. I like the event a lot and look forward to watching it, but when it comes to riveting, talk-about-it-around-the-water-cooler stuff, it simply hasn’t produced.

Maybe this week will be different, but I’ll admit to having very little interest in filling out a bracket. More than any other tournament, it’s total guesswork. I remember the first couple of Match Play gatherings at La Costa – people were giddily calling it pro golf’s version of the NCAA basketball tournament, aptly dubbed March Madness, but those notions were quickly dispelled.

There were way too many upsets, which isn’t a bad thing from a competitive standpoint, but commercially, the random nature of the results led to an unappealing absence of rhyme and reason. At the majors, we’re very likely to have one or two superstars in the hunt. At the Match Play, we can get Jeff Maggert and Andrew Magee.

One of these years, we’ll get an instant classic. At this point, however, the tournament is 0 for 14.

OTHER THAN FREDRIK Jacobson himself, nobody was more surprised than me to see him miss a 5-footer on Riviera’s 18th green Sunday evening – a putt that would have gotten him into the playoff with eventual winner John Merrick and Charlie Beljan. The Junkman, as we call Jacobson, is a good guy to whom I was introduced years ago by fellow Swede Jesper Parnevik.

Jacobson was about 8 feet from the hole. “Right side,” I responded, and sure enough, Jacobson dispatched his ball to the right lip, where it gently curled into the cup.

“Pretty good. Left half,” I requested.

“Straight in the heart.”

“If the guy could hit a fairway,” Parnevik announced, “he’d be the best player in the world.”

UPON READING MY recent lament on slow play last week, a player texted me with an intriguingly valid point: why would the Tour feel compelled to make these guys play faster when the Sunday telecast routinely runs long – and into the giant audience owned by “60 Minutes,” a CBS franchise for 45 years?

I don’t know how television ratings work, but I do know there is a separate number for the final hour of an extended-length sports presentation – and that nobody extends the length quite like the PGA Tour. Intentional? Can’t see that being the case, but a deterrent to enforcing slow-play policy with the game on the line? Not only is it possible, it makes a lot of sense.

WHILE CLEANING OUT my computer last week, I was quickly sidetracked by the large collection of Tiger Woods stories I’ve written over the years. I think I wrote the lead piece for Golf World at 11 of Woods’ 14 major-championship victories. Among the three I missed was Tiger’s beat-down of history at the 2000 U.S. Open, where he won by 15 and I was about to become a father for the first time.

Anyway, it got me thinking about the smartest and dumbest Woods-related things I’ve done as a golf journalist.

Dumbest – Lots of candidates here, but one clear winner: a 2005 column I wrote proposing that Tiger’s father, Earl, should be inducted into the World Golf Hall of Fame. My intentions were honest, my reasoning two levels below shallow, and the “you’re an idiot” mail I received in response from readers did a superb job of pointing that out.

Smartest – In collaboration with my longtime editor, Geoff Russell, we conceived a cover for the 1996 year-end issue of Golf World that had Tiger’s face on Mount Rushmore, along with those of Jack Nicklaus, Ben Hogan and Bobby Jones. Again, we got a ton of mail, almost all of it negative, but 16-plus years later, I think it’s fair to surmise that the dunce cap didn’t fit.

WHEN I GOT home from my daughter’s basketball game that Saturday in January, I was still pretty angry over some fourth-grade ref giving me the business about walking across the court. So I called the guy who runs the rec center – he could not have been more courteous or understanding when I told him what had transpired.

Privately, he was probably thinking I’m a little crazy, but then, I think the people who run the basketball league are a bit off themselves. The one thing they make super-duper clear when you walk in the door, whether it’s as a parent or a coach, is that winning and losing mean absolutely nothing.

Maybe that’s another reason this country is going to hell in a haywagon.

When I attended the clinic for first-time coaches a couple of years ago, that point was driven home, oh, seven or eight times. I’m no John Wooden, but I’ll tell you this: Most 9-year-old kids want to win as much as Michael Jordan. Don’t believe me? Have yourself a 9-year-old, then get back to me.