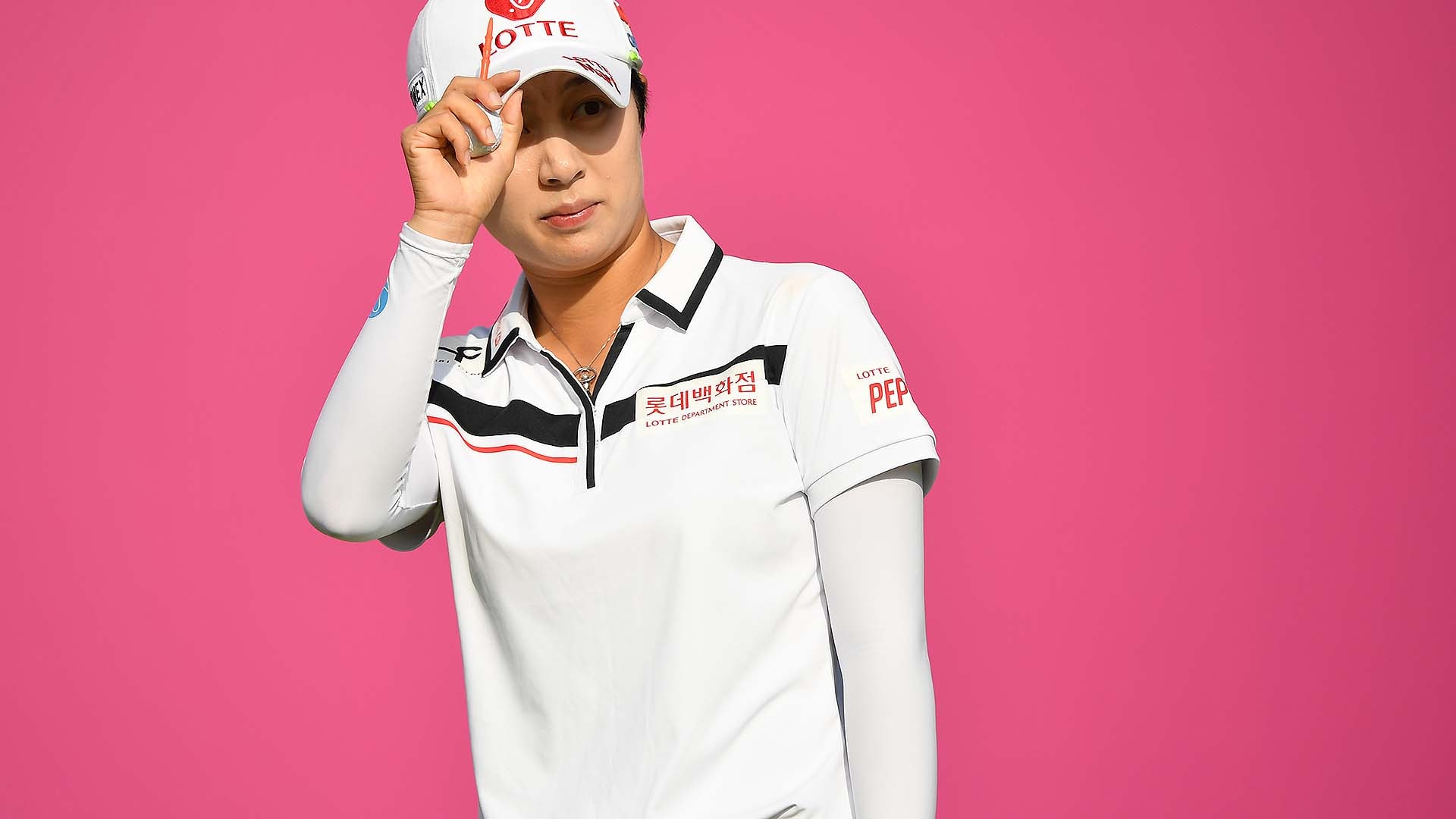 Somebody get the South Korean flag ready.

The parachutist who will fly the winner’s colors to the 18th green for the Evian Championship’s trophy presentation Sunday is probably safe in packing the South Korean flag for the jump.

Hyo Joo Kim is atop the leaderboard after a 6-under 65 Saturday, but she is joined by some of her most decorated countrywomen.

Five of the top six names on the leaderboard are Koreans with Mi Hyang Lee (71) tied for fifth with China’s Shanshan Feng (68). They are five shots back.

“When I won in 2014, I was a little bit nervous,” Kim said. “It seems like this year I'm in the same position. Obviously, winning is on my mind a lot, but I've won before, and so that will help my confidence for tomorrow.”

At 15 under overall, Kim has a chance at the 72-hole major championship scoring record set by In Gee Chun when she won Evian three years ago (21 under).

Kim made her LPGA breakthrough in spectacular fashion at Evian five years ago. She won a major championship making her first start in a major. More than that, she did so by beating Hall of Famer Karrie Webb in a head-to-head final-round duel. A shot down to Webb at the last hole, Kim closed with a birdie to win by a shot. She did so after opening the championship with a 61, the lowest round ever shot in a men’s or women’s major.

A 19-year-old Korean LPGA star at the time, Kim earned membership on to the American based LPGA with the victory.

“I definitely have good memories of this tournament, because of my win,” Kim said. “I'm going to keep that going into tomorrow and forget everything else.”

The Koreans are looking to win Evian for the third time since it became a major.

“A lot of the golf courses in Korea are in the middle of the mountains,” Sung Hyun Park said. “So, it does have a similar feel to the Evian golf course here. I think that the players are familiar with the golf course.”

The South Koreans are looking to win for the 10th time in 21 LPGA events this year.

Kim followed up her Evian Championship victory winning an impressive final-round duel with Stacy Lewis at the Founders Cup in 2015, then won the Pure Silk Bahamas in ’16, but she hasn’t won an LPGA event since. Her caddie, Jeffrey Snow, said she has battled injuries, including a foot injury early this year. She played through a rib injury at the U.S. Women’s Open, where she missed the cut. She withdrew before the Kingsmill event the week before the U.S. Women’s Open, but, otherwise, he said she has played and practiced through the pain.

“When I suggested she withdraw from some events, she looked at me like I was crazy,” Snow said. “Mentally, she is one of the toughest people I’ve ever seen.”

Snow said Kim arrived for the KPMG Women’s PGA last month the healthiest he had seen her all season. She tied for seventh there and then tied for second in her next start at the Walmart NW Arkansas Championship. She hasn’t finished worse than T-7 in her last four starts.

“Her short game has always been one of the best out here,” Snow said. “When her long game is on, she can win anywhere.”

Kim will be paired with Sung Hyun Park for a second straight day, with Ko joining them in the group. Kim and Park played together on the Korean national team. Park beat Kim by a stroke at the Walmart NW Arkansas Championship last month.

Park is looking to strengthen her No. 1 ranking with a tour leading third victory this season. She’s looking to win her third major in three years. Ko is looking to claim her second major of the year. She won the ANA Inspiration in April.