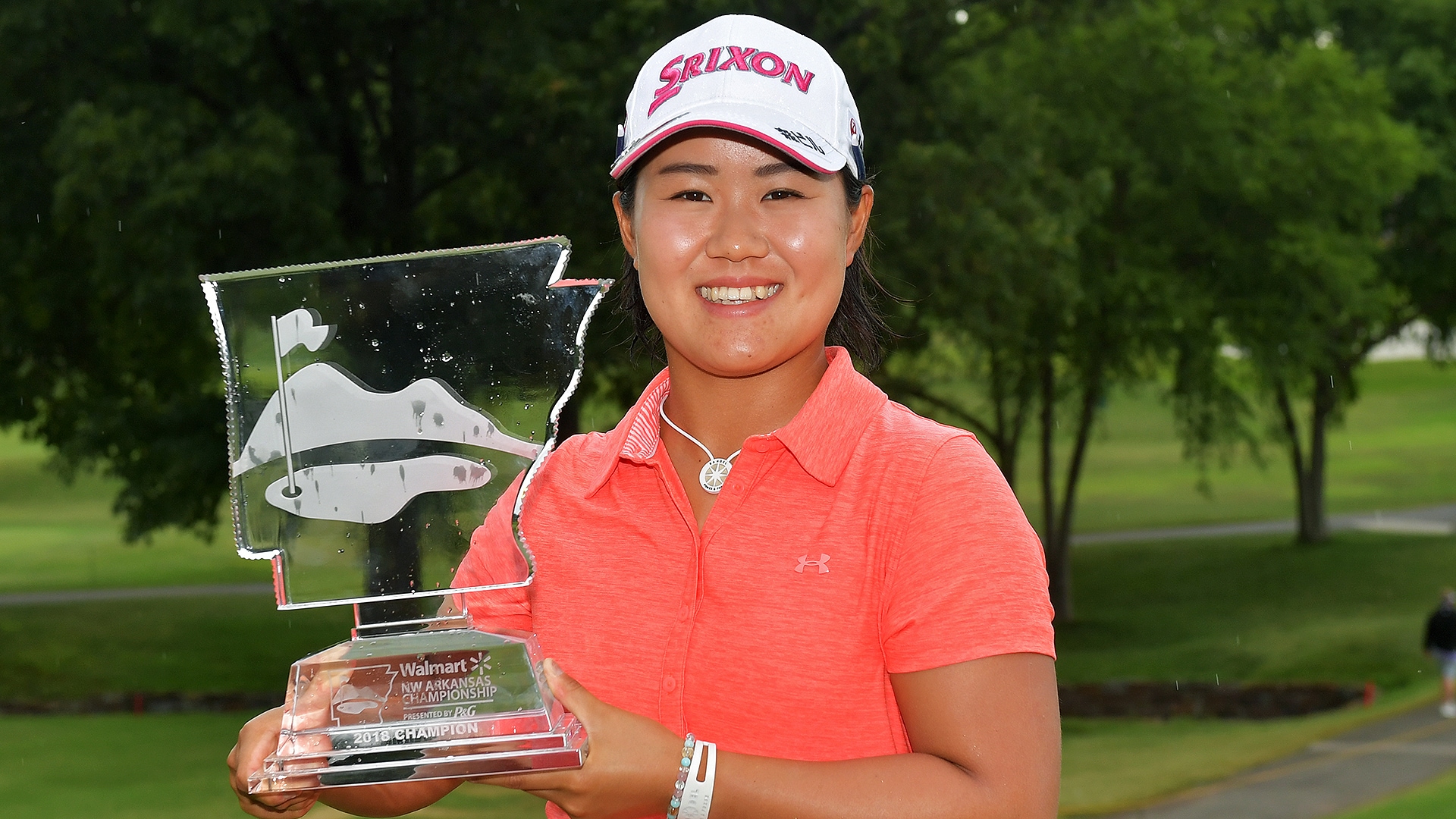 ROGERS, Ark. - Nasa Hataoka didn't have the star power in her final grouping at the NW Arkansas Championship.

What the Japanese teenager did have by the time she was finished was her first U.S. LPGA victory.

Hataoka shot an 8-under 63 to run away with the tournament at Pinnacle Country Club on Sunday. The 19-year-old did so in record-breaking fashion, finishing with a tournament-best 21-under 192 total - three better than the mark set last year by So Yeon Ryu.

Tied at 13 under with ninth-ranked Minjee Lee entering the day, Hataoka was paired with Lee and third-ranked Lexi Thompson on Sunday. She jumped to the early lead and never let up while matching the lowest round of the week.

Austin Ernst was second after a 65. Lee and Thompson topped the group at 13 under.

They were all left looking up at the 5-foot-2 Hataoka, who entered the week ranked 30th.

''I (have) played with Lexi and all the big-name players,'' Hataoka said. ''Playing with them was really big for me, and winning this tournament was so huge for me.''

Hataoka won twice late last year on the Japan LPGA and has finished in the top 10 in five of her last six LPGA starts, including a playoff loss last month in the Kingsmill Championship. This year has been a far change from last year when she made only eight of 19 LPGA cuts, including a missed cut in Arkansas.

Much of her success has come in the last three months after she won the tour's qualifying tournament in December to earn her full tour card. Hataoka missed the cut in two of her first three tournaments this year, but she's now earned prize money in 10 straight events - including $300,000 on Sunday.

''She played amazing,'' Thompson said. ''... She's just got a great game, no weaknesses, pretty long off the tee and just rolls it amazing on the greens. So, it was great to watch. It was definitely a well-deserved win.''

The final round was delayed by an hour and a half because of morning thunderstorms. When Hataoka did finally tee off, she did so in a tie with Lee at 13 under.

That didn't last long after Hataoka chipped in from just off the green on the par-3 third hole for a birdie to reach 14 under. Lee, meanwhile, left her chip shot well short on the rain-soaked green and two-putted for a bogey that dropped her two shots off the lead.

Hataoka stretched her lead to four shots after reaching the 520-yard par-5 seventh hole in two and two-putting for birdie.

The following hole, she nearly holed out from the fairway for an eagle. Her approach shot hit the edge of the hole, resulting in a short break while a rules official did some minor repairs, and she settled for a two-putt par to remain at 16 under.

It was one of the few moments that didn't go Hataoka's way on Sunday, or all week. She followed by sinking a 20-foot birdie putt on the ninth hole to reach 17 under, and got to 17 under on No. 12.

A final birdie at the 15th pushed Hataoka into record-setting position at 19 under. She didn't flinch on the final few holes, birdieing the par-3 17th and par-5 18th to reach 21 under.

Local favorite Stacy Lewis shot a 65 to tie for 22nd at 9 under. The former University of Arkansas star is expecting her first child in early November. 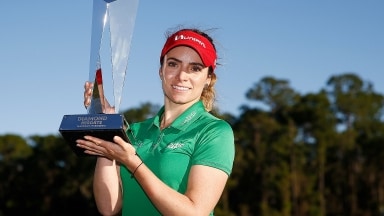 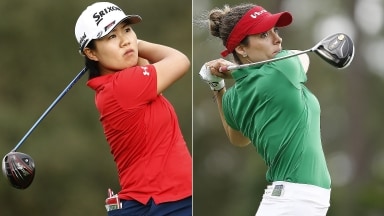