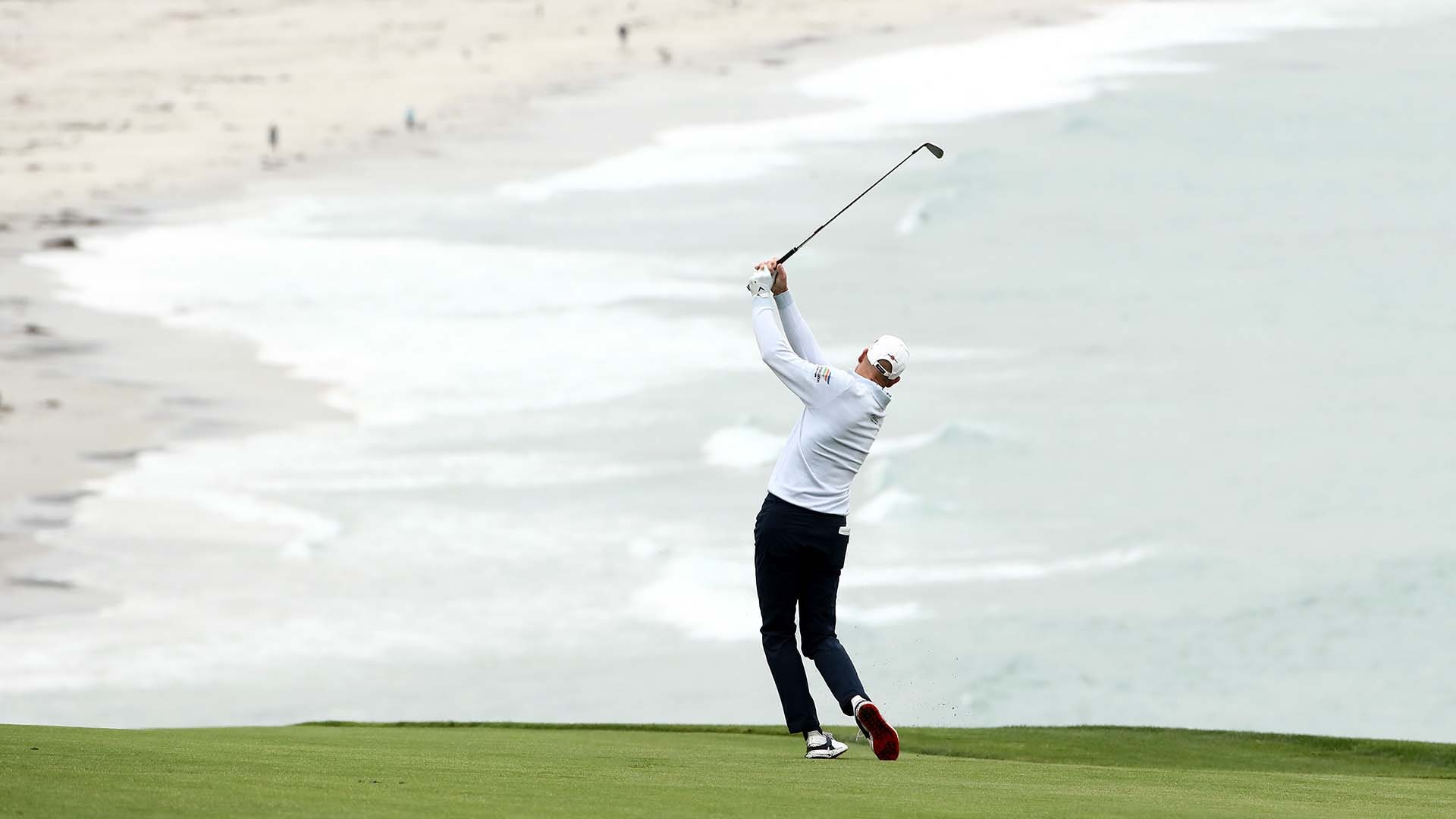 PEBBLE BEACH, Calif. – It's been 16 years since Jim Furyk won the U.S. Open, and while he may not return to the winner's circle this week, he's at least got a shot at Pebble Beach thanks to a second-round 67.

Furyk was 4 over through 12 holes in the first round and well on his way to a missed cut before he turned things around with two late birdies. He stayed hot in Round 2, firing the score of the morning wave and finishing at 2 under.

"I needed to come out today and play a solid round. At one point I was 4 over par yesterday. I made a couple birdies on 16 and 17 yesterday and was able to salvage the round and shoot 2 over," Furyk said. "I think that finish the last six holes yesterday I played very well, and that allowed me to kind of get out there today and kind of build off of it."

Furyk wasn't flawless on Friday, making a bogey on both the front and the back side of the course, but the 49-year-old erased those mistakes with six birdies, going out in 33 and coming home in 34 while hitting 13 of 14 fairways and 12 of 18 greens in regulation.

"I found something in my setup. Something I keyed on. Hit some solid shots. And I was able to make some putts going early on," Furyk said.

As for the weekend, the 17-time PGA Tour winner seems to think someone – maybe him? – can make a run thanks to the relatively scoreable conditions for a U.S. Open.

"I think the golf course is in great shape, and the fact that it's overcast, cloudy, it's maintaining enough moisture that guys can stop the ball," he said. "There is an opportunity to score out there and shoot a pretty good number."