Furyk will replace Woods as assistant if added as pick 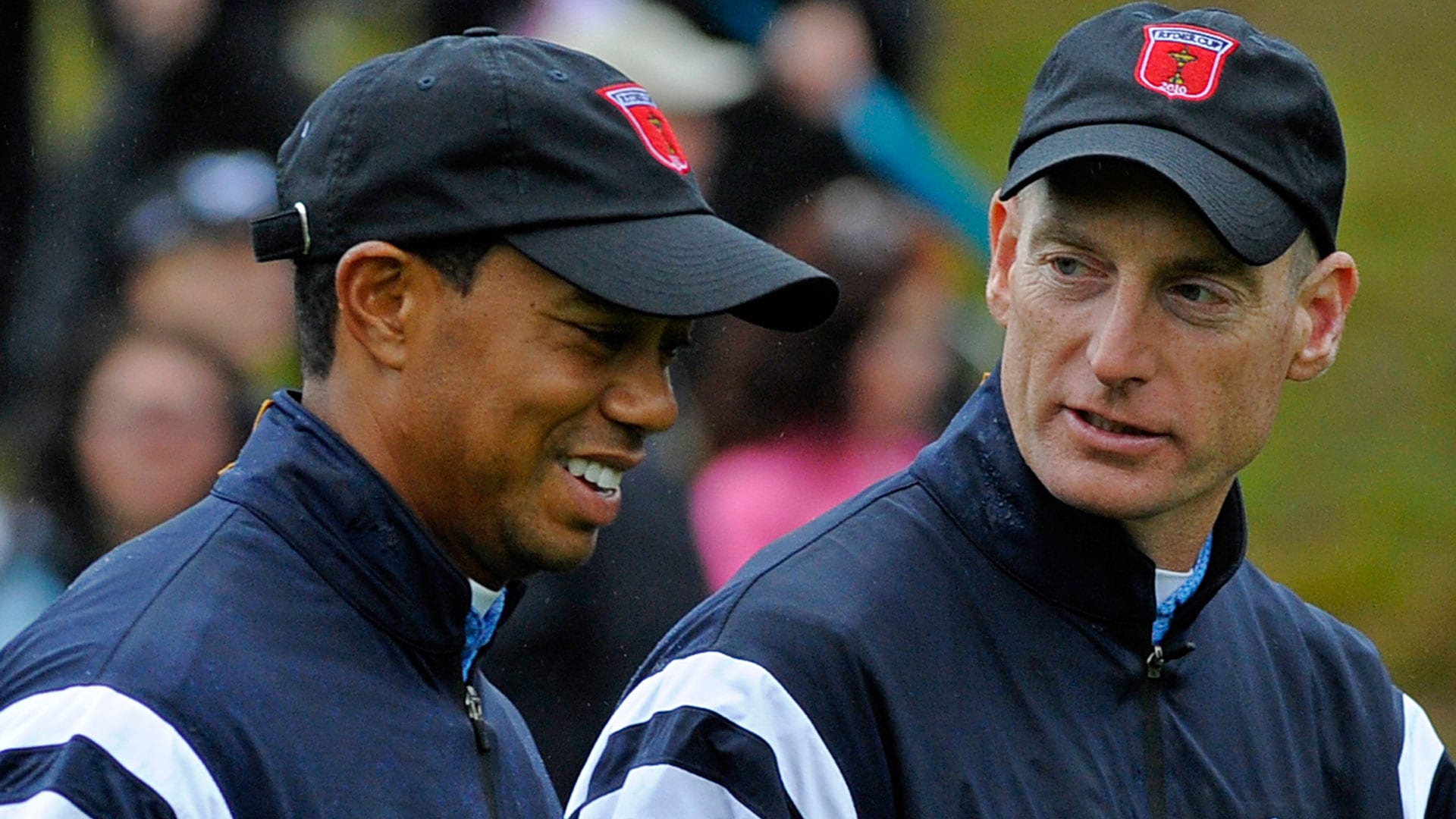 Tiger Woods appears on the verge of making his return to the Ryder Cup as a player, a development that would cause captain Jim Furyk to reshuffle his support squad.

Woods hasn't played in the biennial matches since 2012, and he was added by Furyk as a vice captain in February. But coming off a resurgent season that included a runner-up finish Sunday at the PGA Championship, Woods finished 11th in the automatic qualifying race despite playing only one year of the two-year points window.

While that result still left him short of one of eight automatic spots on the team in Paris, it moved Woods to the front of the discussion as Furyk gets set to make four additional picks next month. Woods has been clear about his desire to trade in his ear piece for a set of clubs at Le Golf National, and Monday Furyk told reporters that he plans to replace Woods as an assistant in the event he adds him as a player.

"I want to make sure that I have five vice captains there," Furyk said. "That's what we're allowed, and I see a lot of value in having all five there. So I will have five."

Furyk will make three selections on Sept. 4 following the Dell Technologies Championship, while his final pick will be made Sept. 10 after the BMW Championship. The Ryder Cup will be played Sept. 28-30 with the U.S. looking to win in Europe for the first time since 1993.

Furyk added 2012 and 2016 captain Davis Love III as his first vice captain upon receiving the job last year, and he tabbed Woods and Steve Stricker this spring. He has yet to fill the final two assistant roles, and it now seems likely he'll be adding three new voices to the team room in the coming weeks with the strength of Woods' candidacy as a player at an all-time high.

Woods has been an assistant for team matches each of the last two years, first on Love's victorious Ryder Cup squad at Hazeltine in 2016 and last year in helping Stricker captain the Americans to a rout in the Presidents Cup at Liberty National.