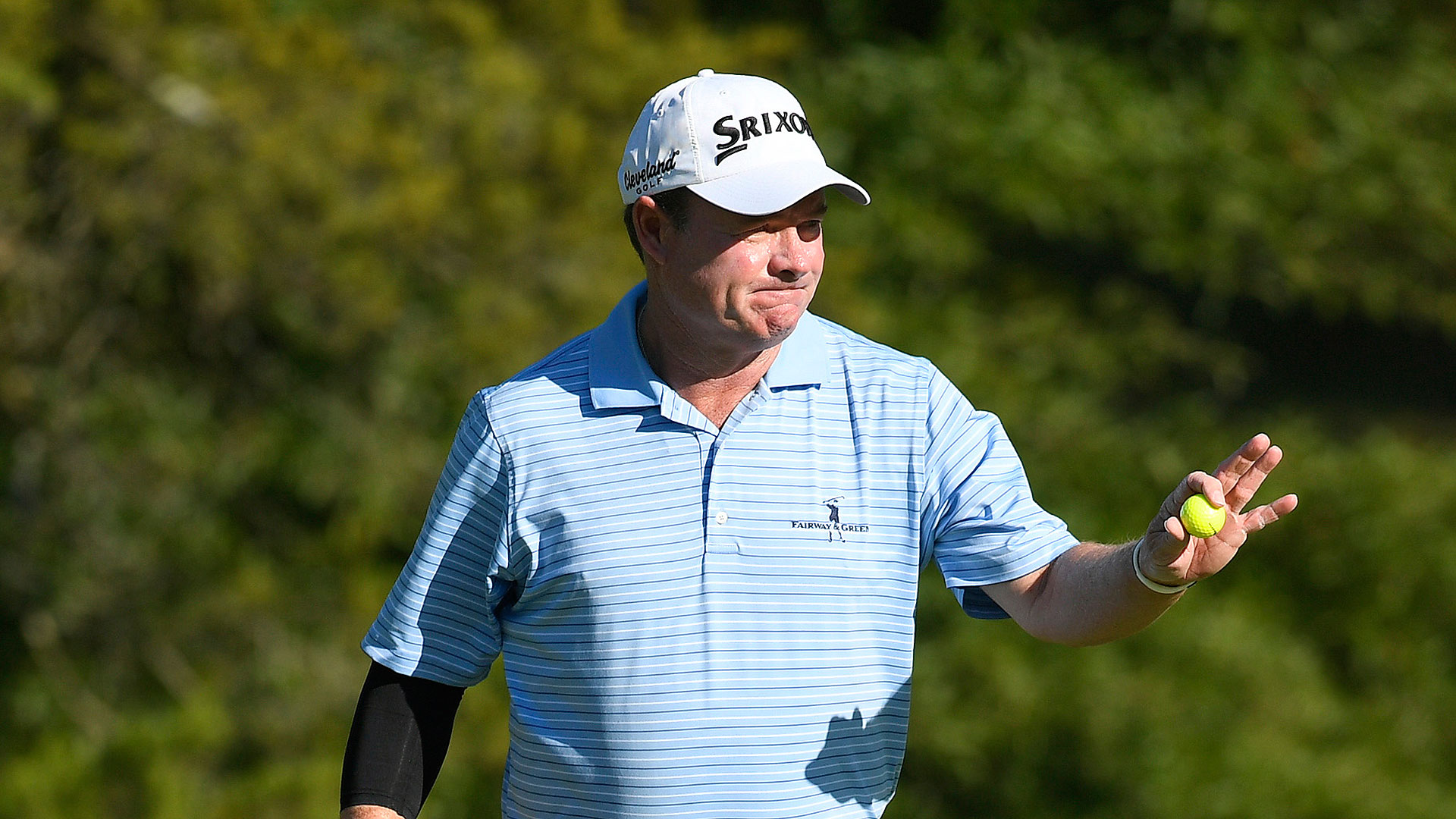 Durant shot a 5-under 67 on Sunday for a four-stroke victory over Stricker, David Toms, Lee Janzen, Billy Mayfair and Tim Petrovic.

''The stick-to-itiveness and the intestinal fortitude,'' Durant said when asked what he most proud about. ''I was nervous starting out, and I missed short putts early, but I kept grinding, kept telling myself that if I could just steady myself, hit some quality shots, the putts would start to go.''

Tied with Durant with two holes left, Stricker dropped a stroke back when Durant birdied the par-5 17th. On the par-4 18th, Stricker hit into the water and made a double bogey for a three-shot swing.

''Not my favorite pin in the world on the right side and the right-to-left wind, and I tried to hold it off and pushed it a little bit,'' Stricker said. ''He hit a great shot in there, forced me to try to go right straight at it, and I didn't pull it off.''

The 53-year-old Durant closed with a 15-footer to finish at 19-under 197 on TwinEagles' Talon course. He was safely on the 18th green when Stricker - needing birdie to tie - hit into the water.

''One of those situations where I was fortunate that I hit fist, knocked it onto the green,'' Durant said. ''So, it might have put a couple thoughts in his head anyway.''

Durant earned $240,000 for his third victory on the 50-and-over tour after winning four PGA Tour titles.

''Joe hit some great shots when he had to, put the pressure on all of us when it mattered most,'' Stricker said. ''He played great.''

The 50-year-old Stricker shot 70. He made his first start of the year on the senior tour after playing six tournaments last year - a runner-up finish in his debut along with three third-places ties.

''The par 5s killed me today,'' Stricker said. ''I eagled the first one, and then I was in great position on every other one and walked away with pars on all of them. That was really the difference.''

''I was just so nervous today, and it showed on the first few holes,'' Durant said. ''I missed some short putts. My goal was to just hang in there. If you can stay around it, you never know what's going to happen the last three or four holes, and that's all I really tried to do.''

''Didn't really get anything going until the end of the round today,'' Toms said. ''I'm playing solid, just keep putting myself in position, maybe one day I'll get that hot round on Sunday.''

First-round leader Miguel Angel Jimenez was ninth at 12 under after a 72.