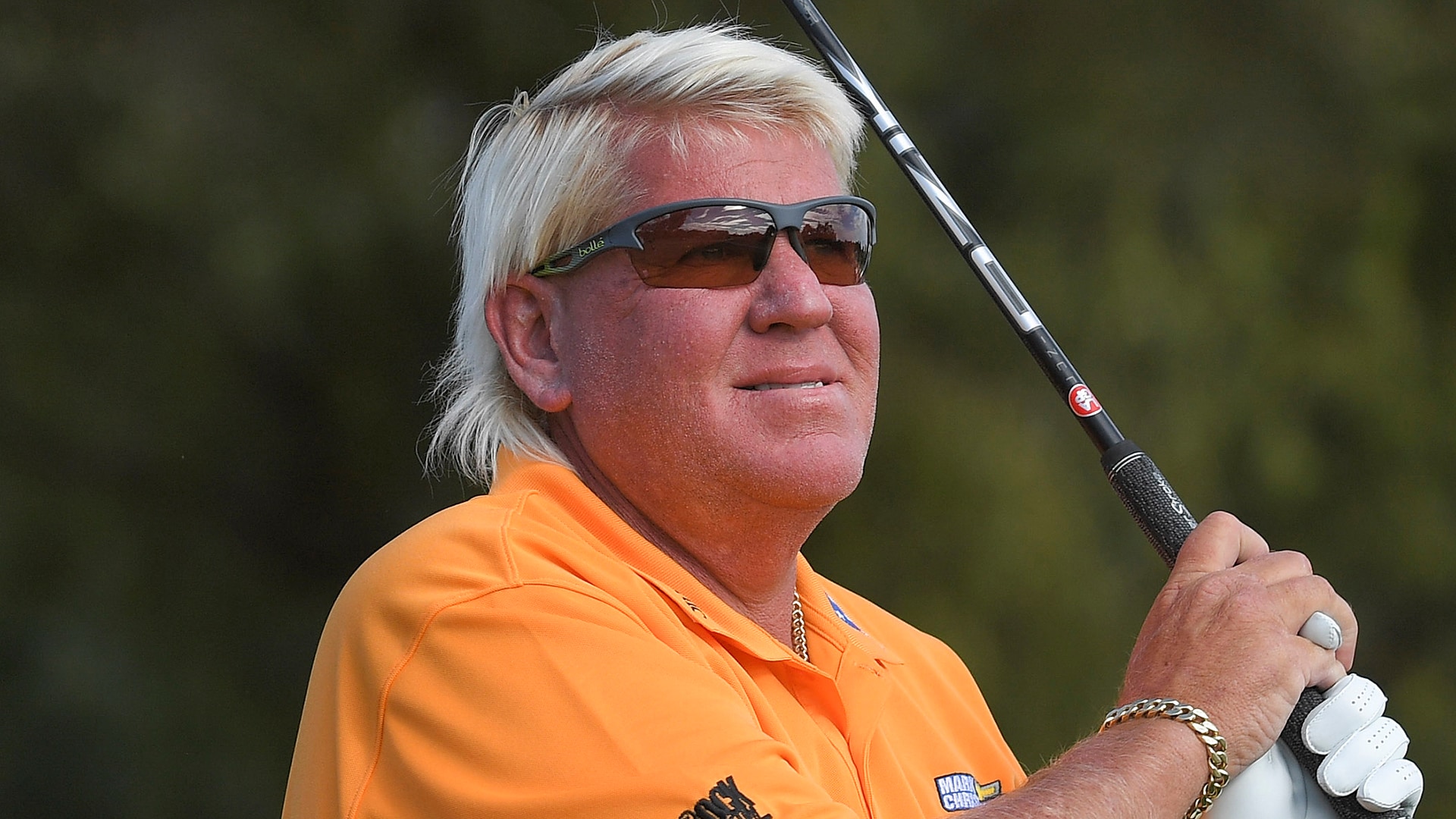 Two-time major champion John Daly revealed that he has been diagnosed with bladder cancer, but remains upbeat about his prognosis and potential recovery.

Speaking to Golf Channel on an episode of PGA Tour Champions Learning Center, the 54-year-old revealed that he had been battling kidney stones and back pain in recent weeks, ailments that led him to withdraw from last month's Charles Schwab Series event in Missouri after two rounds. But after consulting with doctors, it was determined that the kidney stones had passed and that he now faced a more daunting condition.

"(The urologist said) it doesn't look like any stones are in there. But unfortunately, you have bladder cancer," Daly said. "After I did the CT (scan) I was fixing to sip on my Diet Coke and he said, 'Don't drink anything. We have to get you back in here and get this cancer out of you.'"

Daly subsequently underwent a procedure to remove the cancer, one that was deemed successful. But he shared that there is a strong possibility of recurrence with his form of cancer, which will require regular checkups in the near future.

"He said there's an 85 percent chance it comes back. So I've got to go back and see him in three months. They will probably have to cut it out again," he said. "It's probably going to come back, and then another three months that you don't know. You just don't know. Luckily for me they caught it early, but bladder cancer is something that I don't know all the details. But it doesn't look like it may go away. We will just see what happens. Maybe there's a miracle."

Daly won five times during his PGA Tour career, including the 1991 PGA Championship and 1995 Open, and added a PGA Tour Champions win in 2017. He has battled health issues throughout his career, including a high-profile battle with alcohol. Daly suffered an on-course collapse during a Champions event in 2015 and recently has petitioned the USGA, R&A and PGA of America for use of a cart in various tournaments because of an arthritic knee condition.

In light of the cancer diagnosis, Daly expressed plans to change his consumption habits to increase his odds of keeping the disease at bay.

"I'm cutting way, way back on the Diet Coke and counting minutes before I can have a cigarette. I'm trying to quit smoking," Daly said. "The doctors aren't saying it's too late. Unfortunately, it's a cancer that keeps coming back. But I'm going to listen to them, and I'm going to try and quit smoking. If it comes back, it comes back. Six months to a year, if it doesn't go away, I'm going to live my life. I'm gonna have some fun."

Daly last played a PGA Tour event at last year's Safeway Open, where he missed the cut, and he remains exempt into both the PGA and The Open until age 60 because of his prior victories. While his health now takes priority over his game, Daly plans to face this latest battle with the same bravado he flashed on the course while becoming a fan favorite over the past 30 years.

"Well you know what, I always tell people I've lived one hell of a life. No matter what happens, I'm not scared to die or anything," Daly said. "It would have been nice to play the last seven or eight or 13 years of my career a little more healthy. But hey, I'm still working, I'm still living life, I'm still doing the things I need to do. ... I can accept the challenge. I'm not scared of that. I just want my kids to be OK and everyone else in my family."