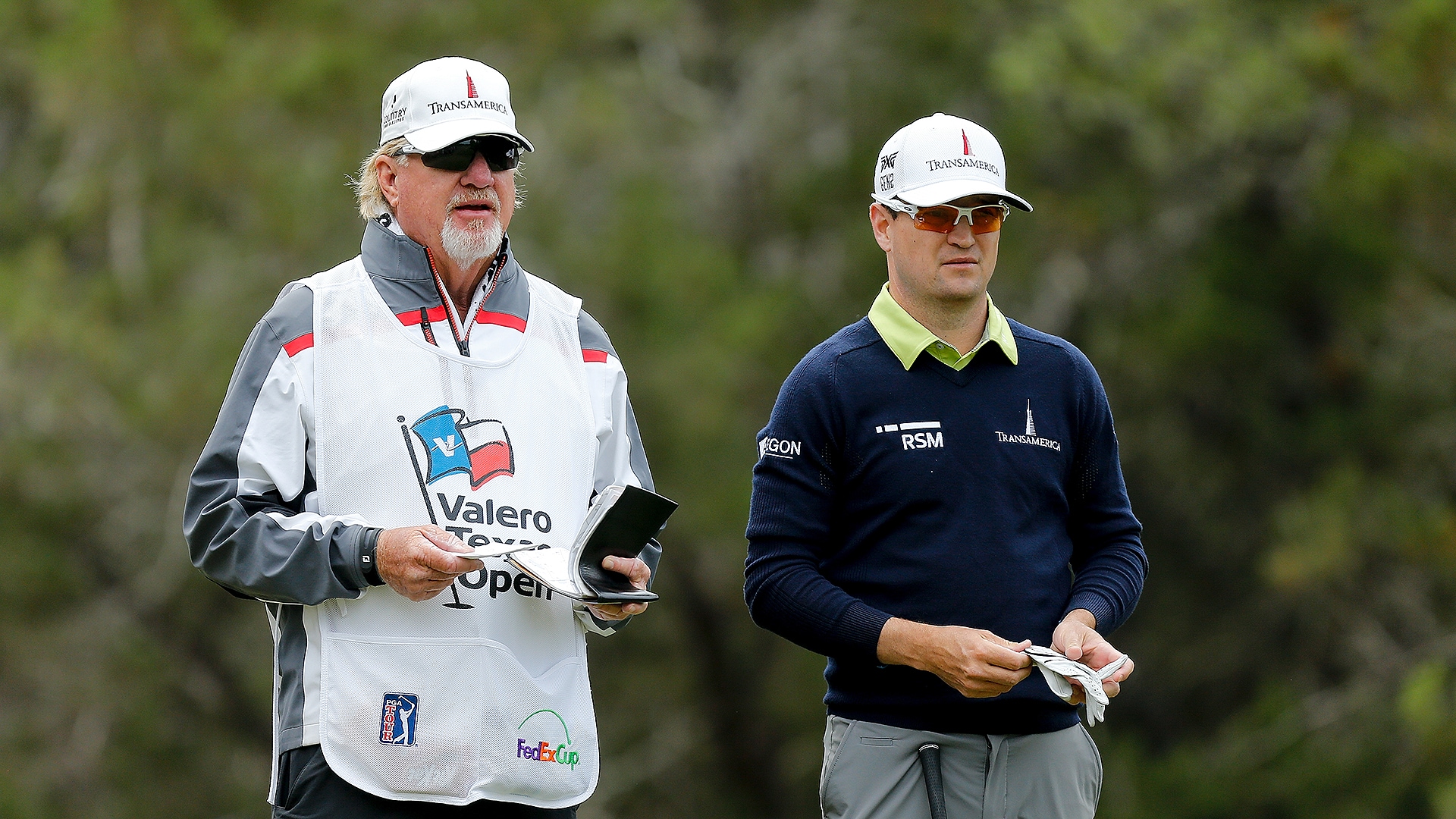 SAN ANTONIO - Zach Johnson was going nowhere in the Valero Texas Open when it all changed with one putt.

He made an 8-foot par putt on the 13th hole of the opening round to stay at 2 under. He followed with a big drive, a hybrid into 12 feet and an eagle. Johnson was on his way, and he kept right on going Friday to a 7-under 65 and a share of the 36-hole lead with Ryan Moore.

''You just never know. That's the beauty of this game,'' Johnson said. ''I felt like I was hitting some solid shots and wasn't getting rewarded, and you've just got to stay in it. You've got to persevere, grind it out, fight for pars. You just never know.''

Moore had three birdies over his last five holes for a 67 and joined Johnson at 9-under 135.

Sergio Garcia, who consulted Greg Norman on the design of the AT&T Oaks Course at the TPC San Antonio, had a short stay in his first time at the Texas Open since 2010. Garcia shot an even-par 72, and at one point became so frustrated he threw his driver into the shrubs.

Garcia finished at 2-over 146 and missed the cut.

It was the first time since 2010 that Garcia missed the cut in successive starts. That was the PGA Championship and, 10 weeks later, the Castello Masters in Spain. This time, he missed the cut in the Masters and Texas Open three weeks apart.

Johnson, a two-time winner of the Texas Open, appeared to be headed to a short week until the key par save on the 13th hole, followed by his eagle, par and three straight birdies. He began the second round Friday with five birdies in a six-hole stretch on the back nine, a sixth birdie on the par-4 first hole, and then an eagle on the short par-4 fifth when he holed out from a greenside bunker.

The only sour taste to his second round was a three-putt bogey from about 30 feet on his final hole. Even so, the view was much better than it was Thursday afternoon.

Moore thought he had wasted a good birdie opportunity on the par-5 14th hole when he left his 50-foot eagle putt about 6 feet short. But he made that, and then holed a similar putt from 8 feet for birdie on the next hole and capped his good finish with a 15-foot putt on the 17th.

''That was a huge momentum putt there,'' Moore said of the 14th. ''It was a tough putt from down there with a lot of wind. That green is pretty exposed and ... yeah, really short and committed to that second putt really well and knocked it right in the middle.''

The birdies on the 14th and 15th were important to Moore because he missed a pair of 10-foot birdie tries to start the back nine.

''So it was nice to get those and get going in the right direction on the back,'' he said.