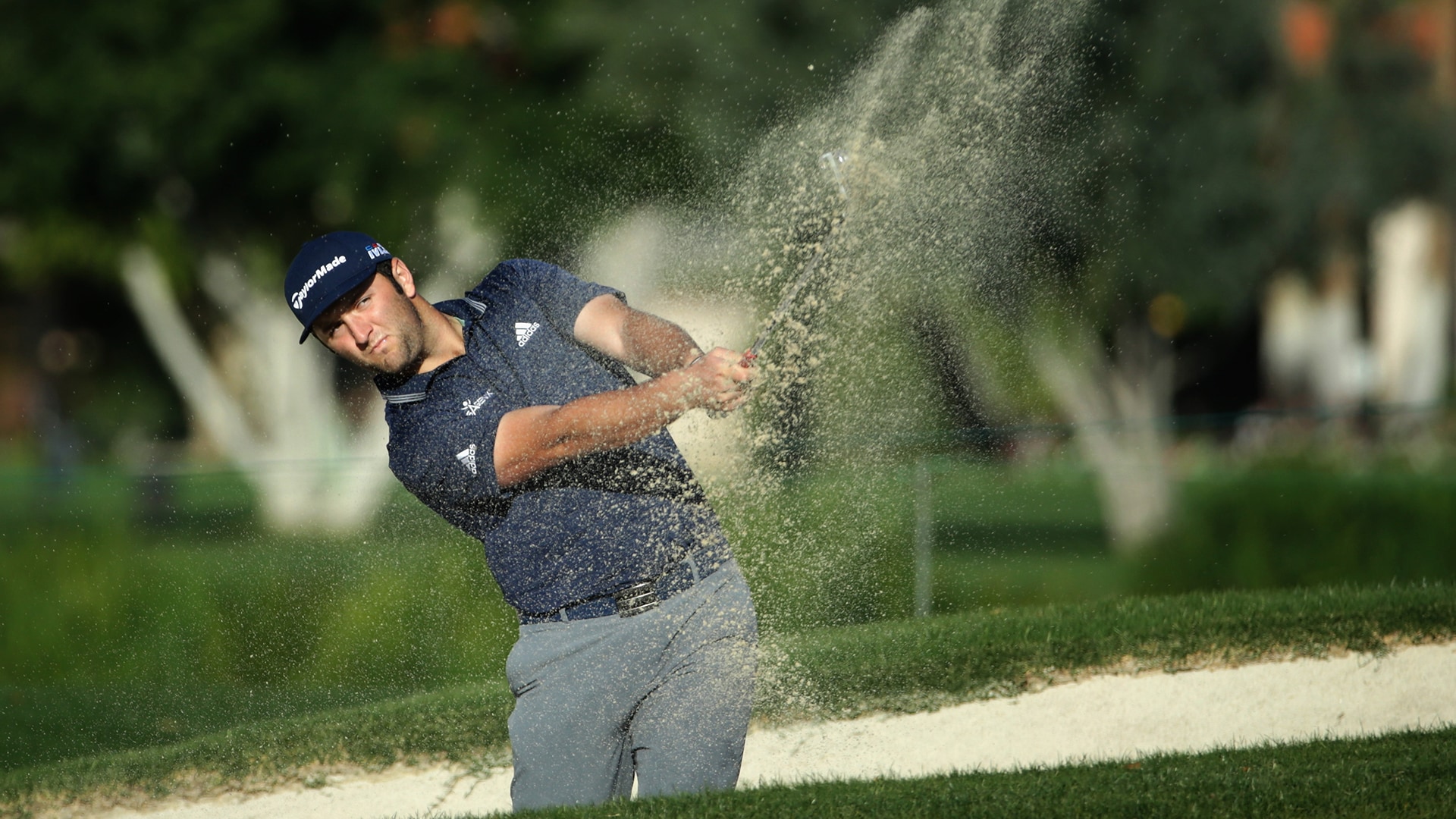 After a banner year in 2017, Jon Rahm found a way to add yet another accolade to his growing list of accomplishments during the opening round of the CareerBuilder Challenge.

Rahm got off to a fast start at La Quinta Country Club, playing his first seven holes in 6 under en route to a 10-under 62. The score marked his career low on the PGA Tour by two shots and gave him an early lead in an event that utilizes a three-course rotation.

La Quinta was the site of Adam Hadwin's 59 during last year's event, and Rahm knew full well that a quick start opened the door to a memorably low score.

"Any time you have that going for you, you get thoughts come in your head, 60, maybe 59," Rahm told reporters. "I knew that if I kept playing good I was going to have more birdie opportunities, and I tried not to get ahead of myself and I was able to do it."

Rahm birdied his first two holes before an eagle on the par-5 fifth hole sparked him to an outward 30. He added four more birdies on the inward half without dropping a shot.

The Spaniard is the highest-ranked player in the field this week, and while many players opted for a two-week stint in Hawaii he instead came home for some practice after opening the new year with a runner-up finish at the Sentry Tournament of Champions. That decision appears to have paid some early dividends as Rahm gets set to defend a PGA Tour title for the first time next week at Torrey Pines.

Low scores were plentiful on all three courses during the opening round, and Rahm remained pleased with his effort even though he fell short of matching Hadwin's sub-60 score from a year ago.

"That's golf. You're not going to make every single putt, you're not going to hit every shot perfect," he said. "Overall, you've got to look at the bigger picture. I birdied the last hole, had a couple of great sand saves coming in, shot 10 under par. There's not much more I can ask for."

World No. 1 Jon Rahm withdrew from the Fortinet Championship's Wednesday pro-am due to a stomach illness.