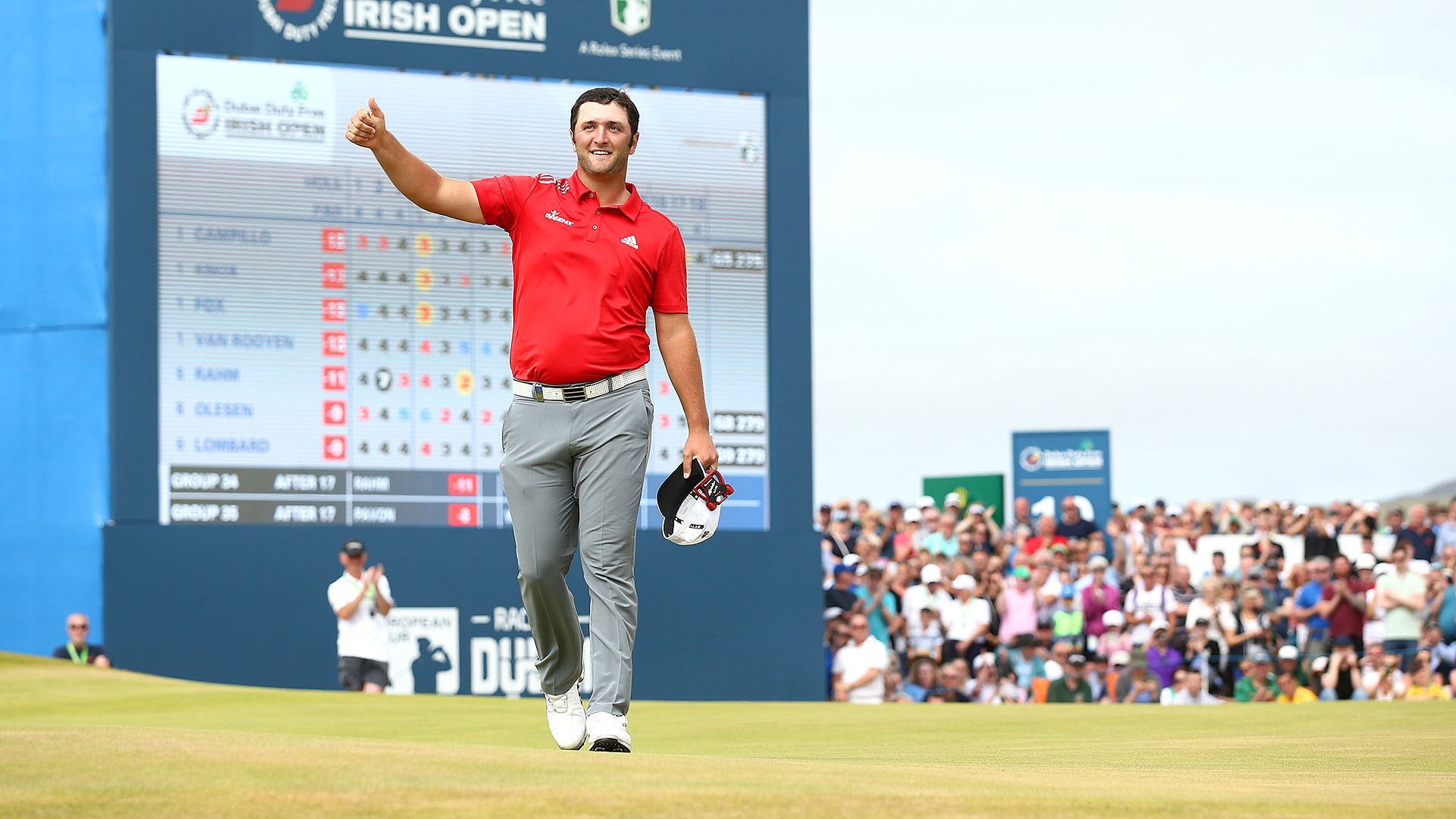 Were it not for an early triple bogey during the final round - or a stubborn flagstick on the final green - Jon Rahm may have found a way to successfully defend his title at the Dubai Duty Free Irish Open.

Rahm started the final round eight shots off the pace, and his chances were all but doomed by a 7 on the par-4 second hole. But with overnight leader Erik Van Rooyen collapsing behind him, Rahm found an extra gear and played his final 16 holes at Ballyliffin in 9 under to post a closing 66.

The Spaniard's round was highlighted by a hole-out eagle on the par-4 sixth, and Rahm nearly added another on the last hole of the tournament. Needing an eagle to tie the clubhouse lead, Rahm's short wedge rattled off the flagstick but bounced away instead of dropping. The subsequent birdie ended his week at 12 under, which ultimately left him in a tie for fourth and two shots out of a playoff between Ryan Fox and Russell Knox.

Rahm birdied each of the two holes following his triple bogey, and he closed out his round with four straight birdies on Nos. 15-18.

It's the second straight top-5 finish for Rahm in a Rolex Series event, as he also tied for fifth last week at the HNA French Open. He's not in the field for next week's Scottish Open at Gullane, meaning Sunday's rally marked his final competitive round before teeing it up at The Open at Carnoustie.

Rahm, who finished fourth this year at the Masters, has finished T-59 and T-44 in his two prior Open appearances.