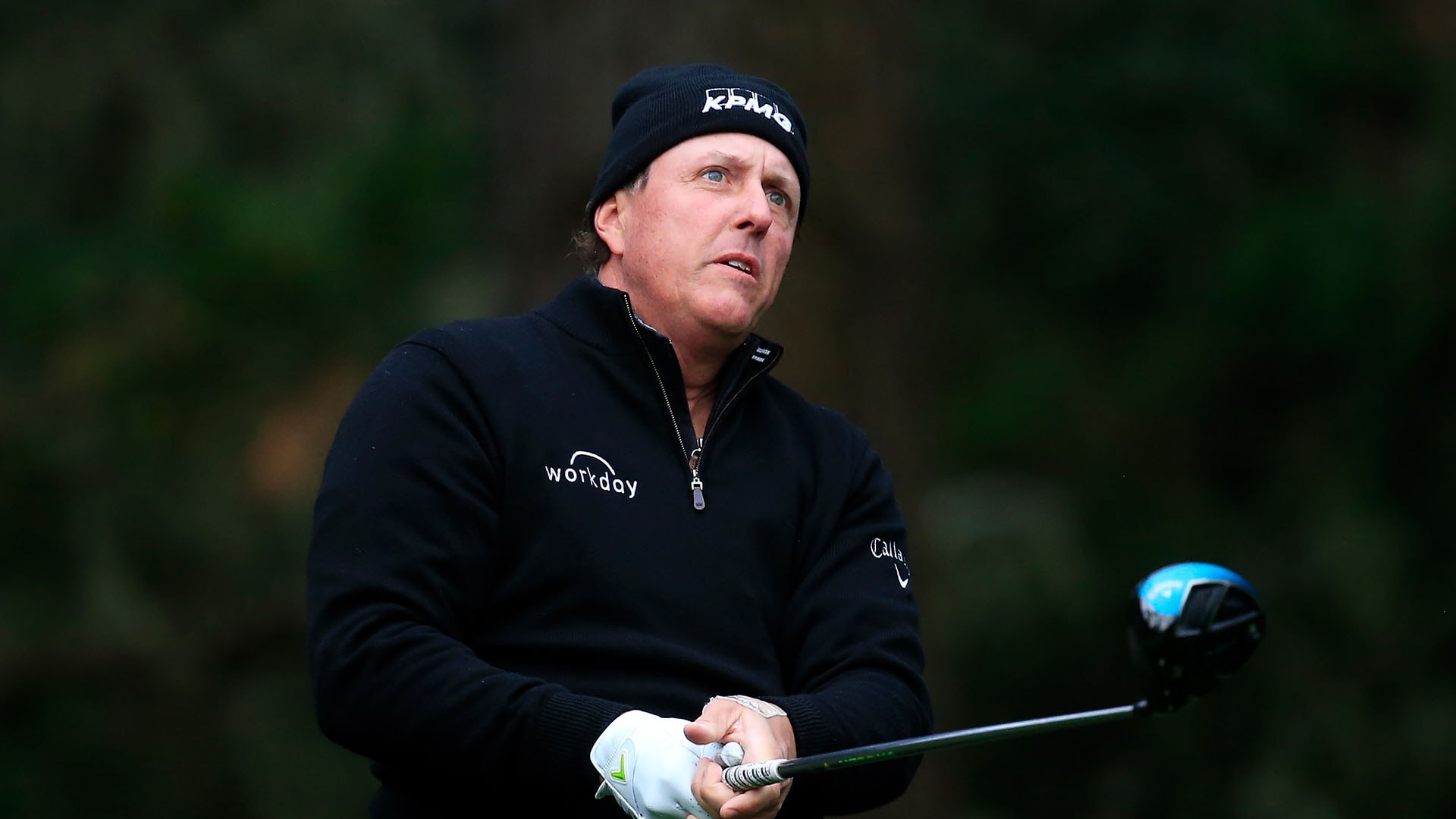 With large puddles forming on the greens, and with golf holes filling to the brim with rainwater, the second round was called for the day about 15 minutes after the suspension of play.

The second round will resume at 7:10 a.m. local time Saturday, with the third round expected to begin as scheduled at 8 a.m.

Phil Mickelson and Jordan Spieth were among five players tied for the lead at 10 under when play was called, with Mickelson’s round complete at Spyglass Hill and Spieth through 16 holes on the same course. Lucas Glover, Scott Langley and Paul Casey were also tied for the lead with their rounds complete.

Forty-four players were still on the course when play was postponed.

With rain beginning to fall shortly after noon, the field played on, until issues arose with maintenance workers no longer able to squeegee greens fast enough to keep puddles away. Cameron Champ had a 12-foot birdie putt through a puddle at the 18th at Pebble Beach at the end of his round, but workers squeegeed a path and he drained the putt.

“The hole was filled to the top with water,” said Champ, who closed out a 3-under 69, leaving him tied for 62nd.

The low 60 and ties will make the cut after Saturday’s third round.

“It’s just a grind, and you have to stay positive,” Champ said.

The PGA Tour weather staff forecasts that a quarter-inch of rain will fall overnight, with a 30-percent chance of intermittent showers on Saturday. The Tour, however, expects a good window of opportunity to play between 9 a.m. and 4 p.m. Sunday’s forecast holds a 60-percent chance of rain.