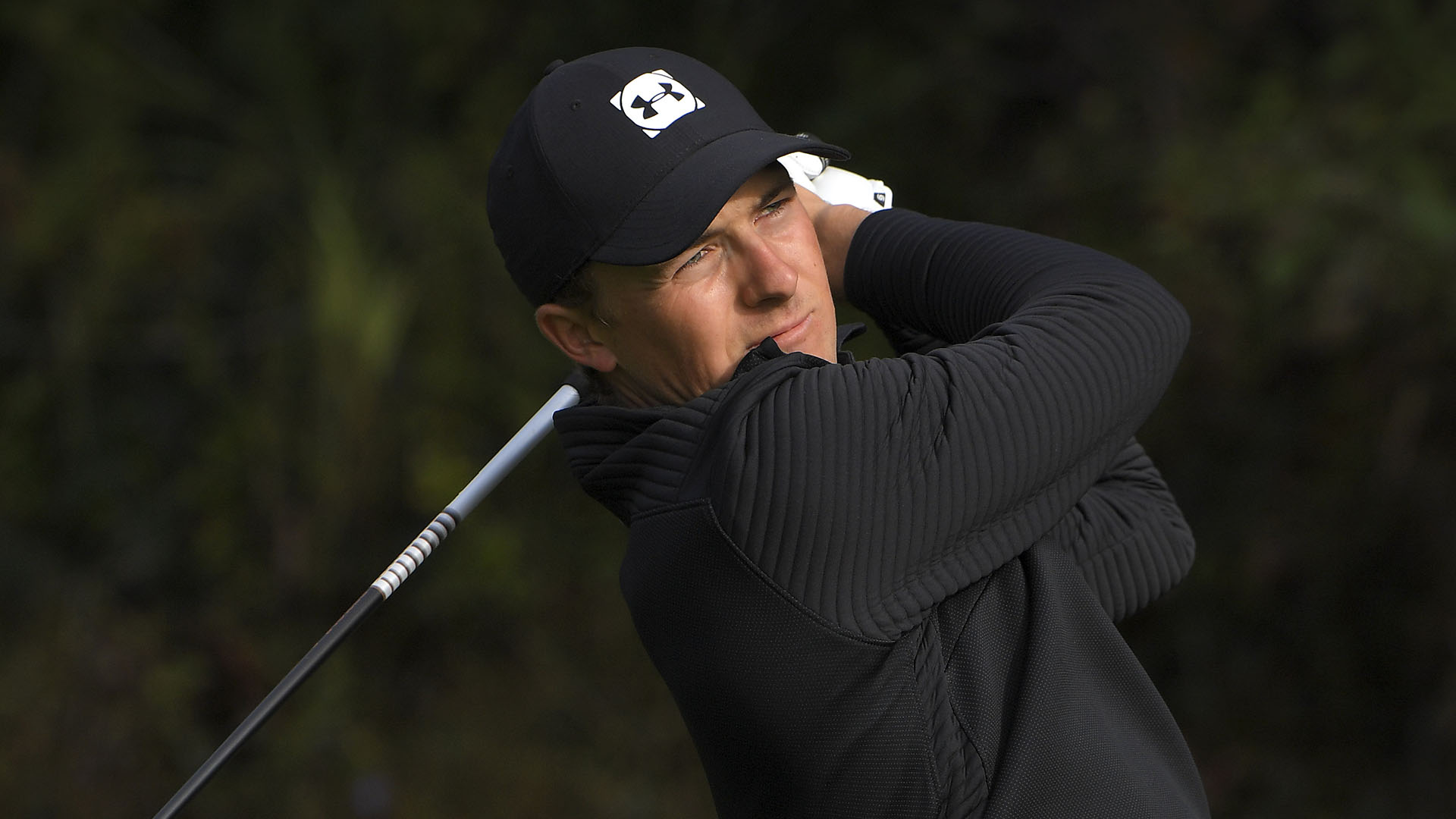 LOS ANGELES – Given a slight reprieve by the PGA Tour and Mother Nature, Jordan Spieth took full advantage during the opening round of the Genesis Open.

Spieth was among the select few players who took to the course early Thursday morning amid dreary conditions, and he struggled on the par-4 10th to begin his round. But when heavy rains flooded Riviera Country Club, the Tour opted to wipe out any scores from the morning and start fresh after a seven-hour delay.

That meant that Spieth’s early blunders were a thing of the past, and when he got back out on the course he turned his second chance into a share of the early lead.

“I felt, given I went from cart path to cart path to junk on the first start today, and then we got to restart the round, I went from kind of being unfortunate to just fortunate,” Spieth said.

Spieth played 12 holes before play was suspended because of darkness, making five birdies without dropping a shot. Included among that stretch were a pair of chip-in birdies, first on the par-4 12th and again on the par-4 second. He shares the overnight with Sung Kang and will return to the course at 7 a.m. PT to resume his opening round, knowing that he likely won’t begin Round 2 until Saturday morning.

“I’m glad we’re getting to play some. It’s not fun if you don’t get to play at all,” Spieth said. “I’m sure some of these guys today, I’m sure they’re able to come practice, but the more you play the better, especially if you’re playing well.”

The strong start couldn’t have come at a better time for Spieth, who entered the week at No. 178 in the FedExCup standings and hasn’t cracked the top 10 since The Open in July. But thanks in part to a scoring mulligan, he’s back in the thick of things as he looks for what would be his first win since lifting the Claret Jug two summers ago.

“I mean, my score doesn’t reflect how I’ve played,” Spieth said. “It’s certainly better than the way I struck the ball. That’s what happens when you get a couple of chip-ins, you score well. So I just want to cap it off tomorrow and then get some light work in in the afternoon.”