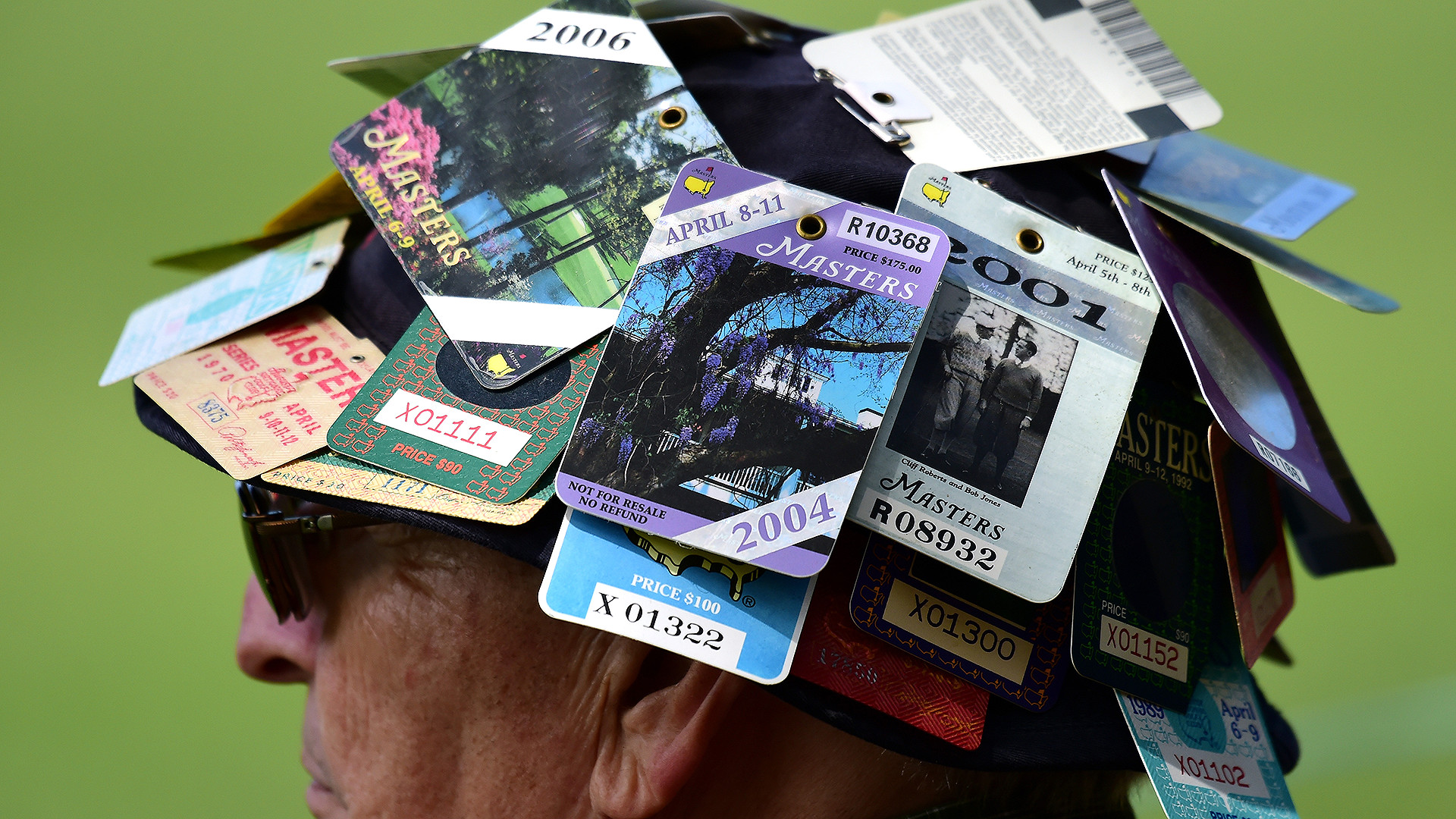 The Masters is upon us, and by all accounts it will be one of the most anticipated events in recent years. But all the excitement means that those hoping to score a spot at Augusta National Golf Club as patrons had better be ready to dig deep into their wallets.

Masters tickets are among the most highly-sought in sports, let alone golf, and they’re relatively scarce compared with other major sporting events. With the most basic principles of supply and demand in full effect, it’s no surprise that ticket prices can often reach eye-popping totals among third-party resellers.

Face value, like most things tied to the Masters, is surprisingly low: $75 for a practice round ticket, and $115 for a competition round. But the relative inaccessibility of tickets, except for those who had them before the club closed sales in the 1970s or the lucky few to win them in the tournament’s annual online ticket lottery, means prices on the street can reach 20 times face value.

It’s an annual tradition, and one that has reached unprecedented heights this spring with the renaissance of Tiger Woods.

The self-described “walking miracle” will stroll down Magnolia Lane this week for the first time since 2015 and just the second time in the last five years. He enters off a trio of top-12 finishes in Florida, and he brings with him equal parts excitement and expectation.

The Tiger Effect has been felt by StubHub, which has seen Masters prices set new highs each of the last four years. But this time around, with Woods among the favorites, interest is up 20 percent over last year based on orders already received.

“While demand has continuously increased each year for the Masters, we think it has spiked specifically this year due to Tiger’s involvement,” said StubHub spokesperson Cameron Papp.

That average is actually on a slight downtick in recent weeks, as Masters prices peaked at $2,948 on TicketIQ near the end of February – just as Woods finished 12th at the Honda Classic while first flashing the form that has since made him one of the betting favorites.

But don’t expect that downward trend to continue. TicketIQ founder Jesse Lawrence shared that prices for Sunday’s final round soared 71 percent during tournament week last year, as Sergio Garcia played his way to a breakthrough victory.

The highest single-day ticket already sold at TicketIQ for this year is $2,500, but based on last year’s trend Lawrence expects that the asking price for the final round could exceed $3,000 if Woods is in the mix.

“If Tiger is in the running heading into Sunday,” Lawrence said, “prices would likely go up even more than that.”

The murky waters of ticket resale are always a guessing game, as buyers and sellers both try to anticipate the peaks and valleys of a volatile market that can sometimes turn upside down in a matter of hours. But regardless of the names in contention come Sunday, anyone buying a ticket on the virtual street will likely be shelling out some serious cash.

At StubHub, the average price among tickets already sold for Thursday’s opening round is $1,862, up 9 percent from last year. A final-round ticket has been fetching, on average, $1,572.

Even practice-round tickets aren’t exactly cheap. The most inexpensive ticket available for Monday is $470 on StubHub, while one for Wednesday that would gain a patron access to both the tournament course and the afternoon’s Par 3 Contest starts at $650.

And if Masters tickets are viewed as rare, week-long badges might as well be considered unicorns. The few floating around the marketplace can reach up to $10,000 in asking price, with the average price of four-day (Thursday-Sunday) badges already sold on StubHub currently $5,752 – up 18 percent from last year.

When talking about purchase prices that exceed the monthly income of many Americans, there’s no room for the risk that a ticket might be anything but legitimate. A recent Golf.com report noted that officials at Augusta National have begun to crack down in an effort to curb third-party ticket sales, using a series of color codes on the ticket to trace back advertised tickets to the original name and order number.

If caught, individuals can reportedly expect a letter from the club informing them that they’ve been removed from future ticket lotteries and the tickets they had purchased have been cancelled.

It creates the possibility of a situation where a fan could drop thousands of dollars on a ticket through a third-party, only to roll up to the tournament and find out that the club has already caught the original seller and invalidated the tickets in question.

It’s a potentially stomach-churning situation for fans, but not one that concerns TicketIQ’s founder.

“We work with sellers that are in ‘good standing’ with Augusta, so we won’t have that issue,” Lawrence said. “I think their ‘hard-line’ stance is meant to scare off resellers who solicit tickets from members.”

But such a scenario that would fall under StubHub’s Fan Protect Guarantee, where the company finds a replacement ticket at no cost or offers a 100 percent refund in the event that there is an “issue” with a ticket purchased through their site.

“StubHub has been made aware of the increased scrutiny on those looking to sell their Masters badge use,” Papp said. “StubHub and the secondary market play an important role in providing access to fans who otherwise would not be able to attend. As always, buyers are protected by our Fan Protect Guarantee, and we will do everything in our power to ensure fans have the best possible experience at the Masters.”

It remains one of the most exclusive events in golf, both for players trying to earn invites and fans hoping simply to walk across the hallowed grounds during tournament week. And heading into one of the most-hyped Masters in recent memory, there are still plenty of tickets available.

But they’ll cost you.