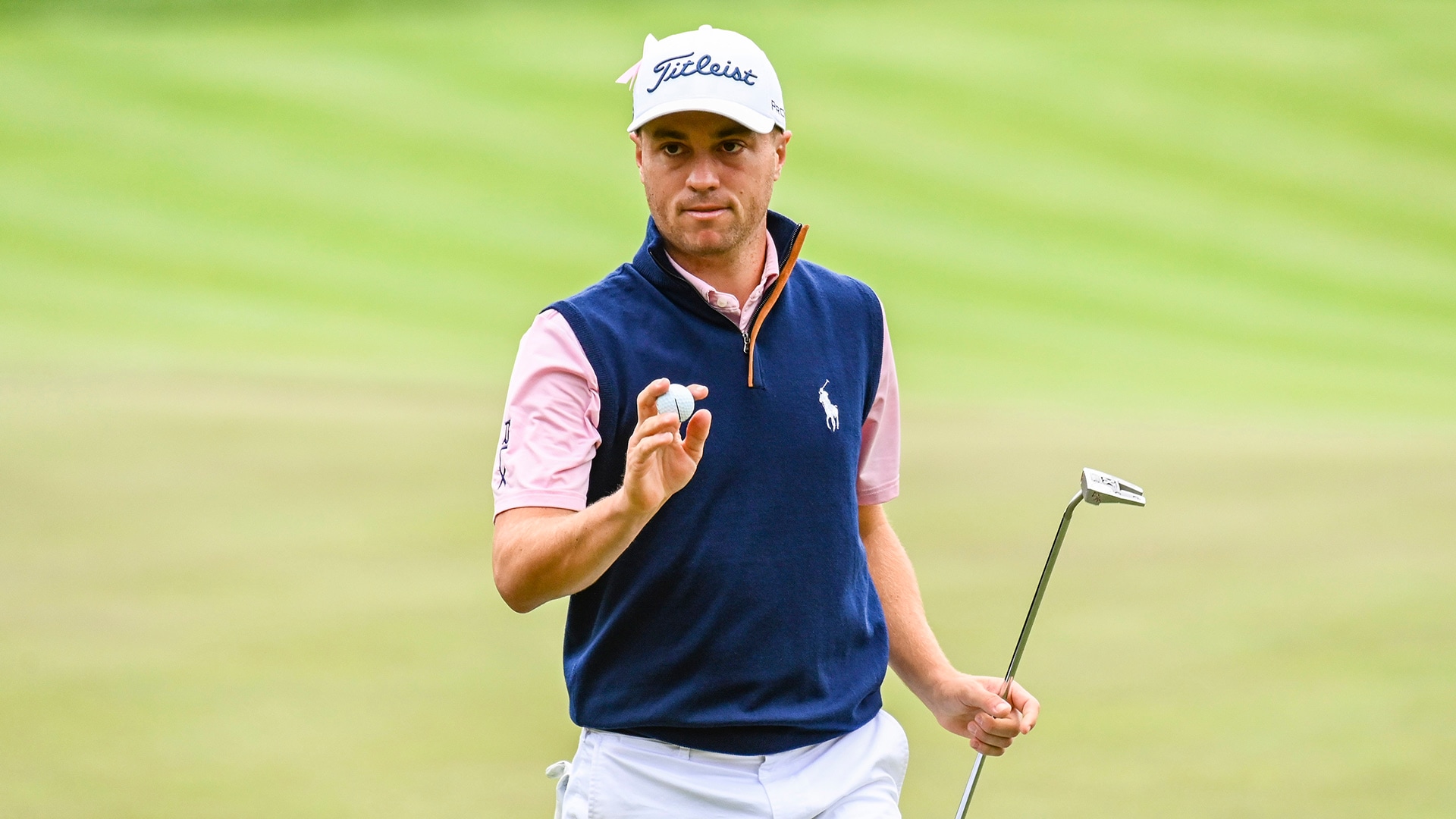 THOUSAND OAKS, Calif. — With one good break and two good putts, Justin Thomas felt much better about his round of 5-under 67 on Saturday that gave him a one-shot lead over Jon Rahm in the Zozo Championship at Sherwood.

Thomas, who trailed by as many as two shots on the back nine, hit driver on the par-5 16th that clanged off a sycamore tree and dropped into the rough instead of he creek. He holed a 10-foot birdie putt to tie for the lead, and then followed with a 30-foot birdie putt up the slope on the par-3 17th.

Rahm finished some two hours earlier with a 63, which he figured at least would get him close to the lead and nearly kept him at the top until Thomas finished strong.

Lanto Griffin was leading the Nos. 2 and 3 players in the world until making two bogeys over the last four holes, one in the water on the par-3 15th, the other by going rough-to-rough on the closing hole.

Thomas was at 19-under 197 in another week of low scoring on the PGA Tour, at least for most players. It was another grind for Tiger Woods, the Zozo Championship winner last year in Japan, who could only manage a 71.

That led to what figures to be the greatest illustration of the strange times brought on by the COVID-19 pandemic. Woods will be playing the final round with Phil Mickelson, the top two attractions in golf, and there won't be any fans on the course to watch them.

Mickelson opened with seven birdies in eight holes, and played the rest of the way in 2 over for a 67.

The other end of scoring is plenty compelling.

Thomas is going for his third victory this year. Rahm can return to No. 1 in the world. Griffin is equally intriguing. He won his first PGA Tour title last year in Houston and showed for so much of Saturday that he doesn't get caught up in much. Plus, his putting stroke has been pure all week.

Griffin opened with four straight birdies to take the lead, and he stayed there until the end of the round. He went to 19 under with a 15-foot birdie on the 14th hole — two clear of Thomas at that point — when his tee shot took on the flag on the right side of the green at the 15th and drifted too far right and into the hazard.

Instead of going to the drop zone, he went to a different set of tees that allowed for a full swing and better control, dropped that wedge into 20 feet and made the putt to escape with bogey.

Thomas was playing well enough, even if he had little to show for it after opening with two birdies. In trouble off the tee on the par-5 13th, he chose to drop on the cement cart path and hit a hard draw — without damaging his club — back into the fairway. But then he didn't take advantage by hitting a mediocre wedge to the fringe to set up par.

And when Griffin holed his birdie putt on the 14th, Thomas missed badly from just inside him.

But it changed quickly with those two birdies on the 16th and 17th, and he was right back where he started the day.

Patrick Cantlay didn't get much out of his round either, but he kept bogeys off his card for the third straight day. He was three shots behind, along with Sebastian Munoz and Ryan Palmer, who each had 66.

Webb Simpson (67) and Bubba Watson (68) were among those four shots behind. 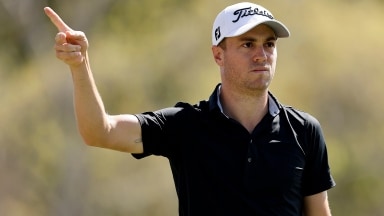 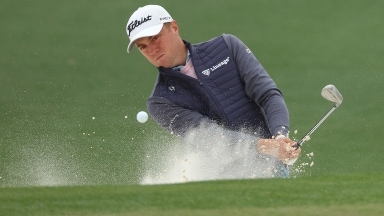 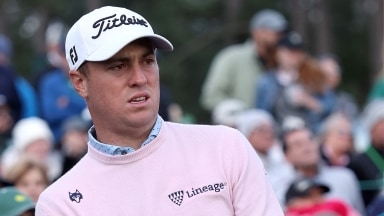