Thomas caps France trip with par save from bridge 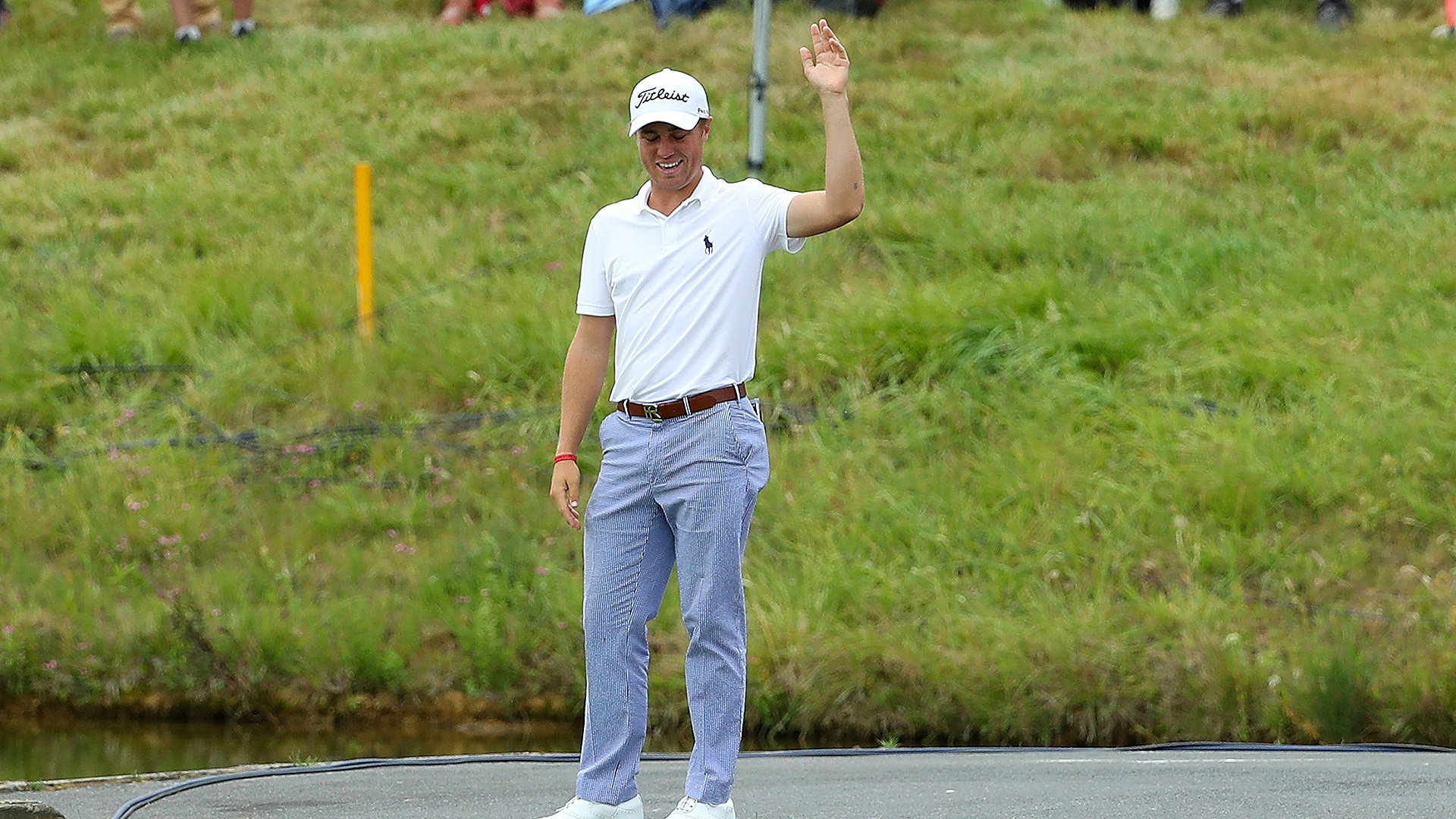 Thomas was the lone top-ranked American to tee it up this week at the HNA French Open, keen to get a look at Le Golf National which will host the Ryder Cup in less than three months. The trip proved useful, as Thomas played four rounds on the difficult layout without shooting over par, closing with an even-par 71 that gave him a share of eighth place.

But Thomas couldn't help but crack a grin after nearly pulling off the most impressive birdie of the week on his final hole. The former world No. 1 pulled his approach shot to the 18th green that is surrounded by water, only to watch the ball come to rest on a small walking bridge behind the green. From there, he nearly holed out before cleaning up for an impressive save:

Thomas' closing par left him at 4 under for the week, three shots behind eventual winner Alex Noren. He is expected to take the next two weeks off before making his next start at The Open at Carnoustie.