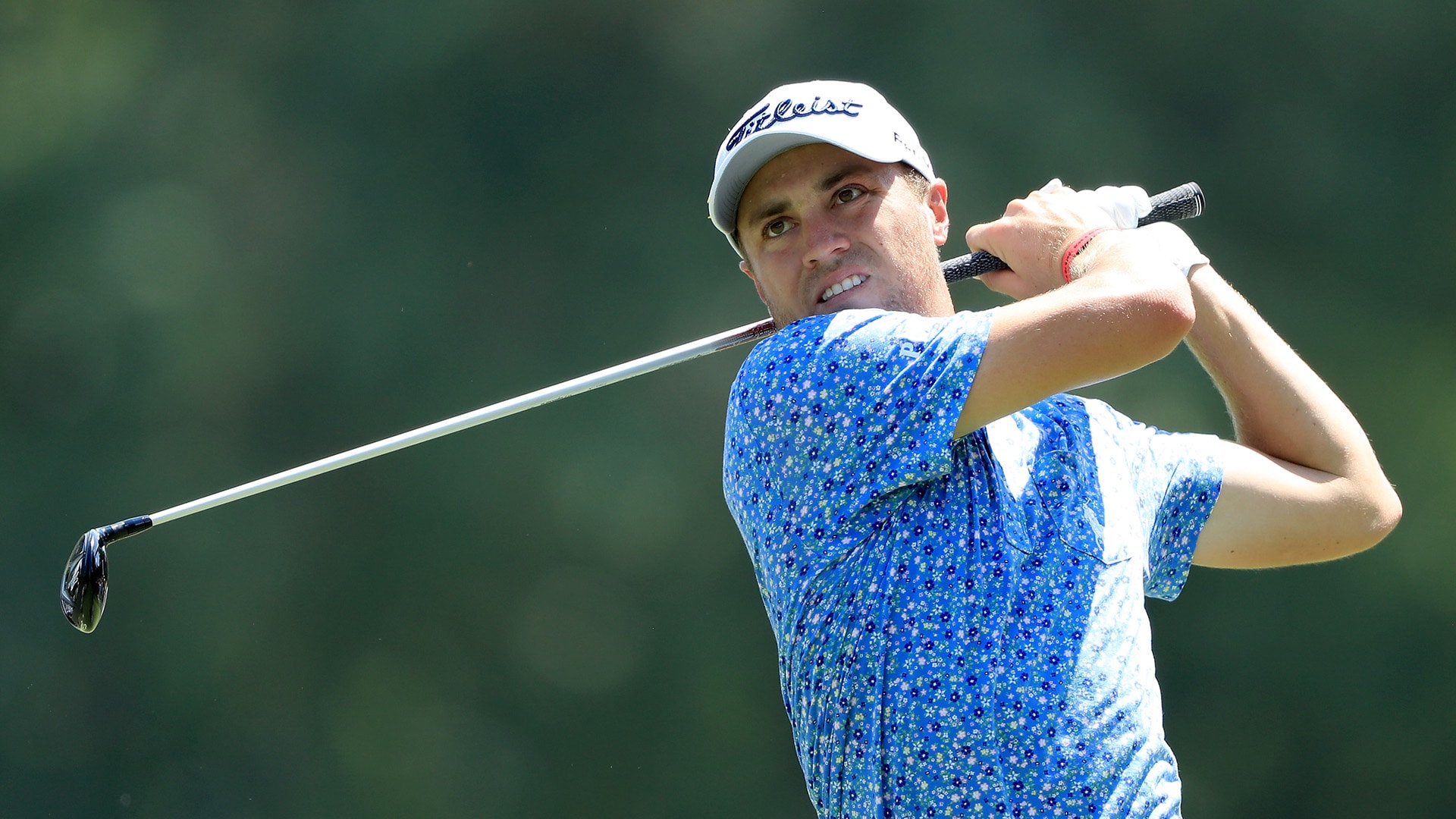 AKRON, Ohio – Justin Thomas pulled away from a crowd with five birdies in the middle of his round for a 3-under 67 and a three-shot lead going into the final round of the Bridgestone Invitational as he goes after his third victory this season on the PGA Tour.

No one could keep pace with Thomas, least of all Tiger Woods.

Starting the third round Saturday five shots behind, Woods didn't make a birdie until a 12-foot putt on the 12th hole, and he didn't make another. He wound up with a 73, leaving him 11 shots back and ending his streak of 10 straight rounds at par or better dating to the U.S. Open.

''It was very similar to the first day,'' Woods said. ''Wasn't very sharp that first day, but I made everything. So today was about the same, and I didn't make anything.''

That wasn't a problem for Thomas, whose six birdies included a chip-in from 30 feet behind the green on the par-3 12th.

Thomas fell behind early with two bogeys in three holes, and a 10-foot par save in between from behind the fourth green kept him from falling further behind. Poulter set the pace early and had a three-shot lead at one point until he dropped his shot from the bunker on the par-3 seventh, and then had a mixed bag of birdies and bogeys that kept him from getting closer to the lead.

McIlroy played bogey-free and will find a familiar face waiting for him on the first tee Sunday. McIlroy and Thomas live in South Florida, practice at The Bear's Club that Jack Nicklaus built and spent several days practicing last week.

Jason Day, who threw away a chance to win the Bridgestone Invitational two years ago, had a 69 and was four shots behind. Marc Leishman, who played alongside Woods, shot 67 and joined Kyle Stanley (70) five shots behind.

The course started to get a little firmer. Poulter had a 62 on Thursday. Tommy Fleetwood shot 63 on Friday. The best anyone could do in the third round was a 65 by Rickie Fowler, which only got him within six shots.

Thomas figured that out quickly.

He made an unusual birdie on the par-5 second by hitting his tee shot in the first cut of the third fairway. Blocked by threes, he opted for a 5-wood that started out toward the third tee and sliced over the trees to the rough, pin-high about 15 feet away from an up-and-down.

After a bogey from the trees at No. 3, Thomas went at a back pin on the tough fourth hole and the ball bounded over the green in thick rough. He chopped at his chip and did well to run it 10 feet by the hole, making it for par. He bogeyed the next from a bunker, and fell three shots behind, but that par save on No. 4 helped by not dropping a shot, and by understanding how the course was playing.

Fleetwood went so far long on the fourth hole that it went 30 yards over the green. He chipped 50 feet by the hole and three-putted for a double bogey, the start of what turned out to be a sloppy day and a 74 that dropped him seven shots behind.

McIlroy's only victory this year was at Bay Hill. He was runner-up three times, most recently at the British Open.

''I played well enough to win a few times this year and I only got over the line once,'' McIlroy said. ''Tomorrow is a great opportunity to try and win again. I'll need a good round. I'm still a few behind. But yeah, I'm getting a little sick of the second places.''

Poulter already has won at the Houston Open in what has been a big turnaround for the Englishman, who is on the cusp of qualifying for the Ryder Cup. He made a pair of medium-length birdie putts to offset bogeys from the bunkers, but fell out of a chance to be in the last group when he missed a 6-foot par putt on the 17th.