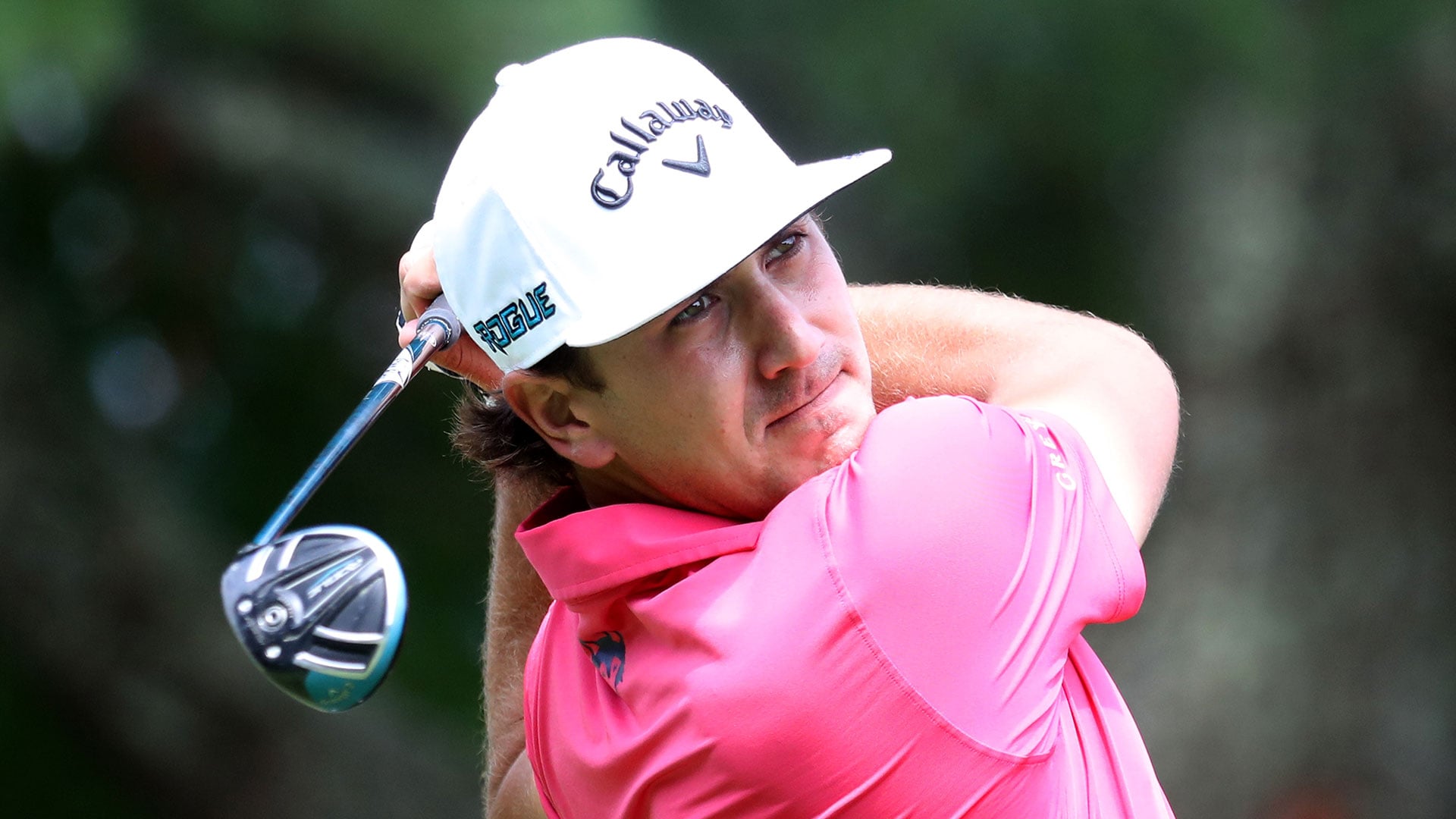 WHITE SULPHUR SPRINGS, W.Va. – Kelly Kraft is about to find out whether he's ready to handle the lead entering the weekend for the first time on the PGA Tour.

Kraft shot a 7-under 63 in the second round of A Military Tribute at The Greenbrier on Friday to take a one-stroke edge over first-round leader Webb Simpson and Anirban Lahiri of India.

Kraft posted his career-best round at the Old White TPC. He was at 13-under 127.

Kraft is looking to turn around a season that has included missed cuts in seven of his 10 previous tournaments, including last week at the Quicken Loans National. But he has had some success in West Virginia, where he tied for fifth last year.

Reminded that it's his first time leading a PGA Tour event after 36 holes, Kraft said he was confident.

''I've been up there before and I know I can play out here,'' he said. ''I'm just looking for two more low ones and a bunch of scoring opportunities.''

Lahiri has yet to make a bogey in his first trip to The Greenbrier resort. He found just eight of 14 fairways but reached all 18 greens in regulation Friday. Four of his nine birdies were putts of 18 feet or longer.

''I've been feeling good over the last two weeks,'' Lahiri said. ''I've seen the improvement on the golf course and I've tried to plug the gaps that I've found over the last two weeks. And I'm happy that more than anything else I haven't dropped a shot. But I'm not thinking about that. The focus is just to put myself in the best position that I can, and that's a big positive for me.''

After shooting 61 on Thursday, Simpson saw his chance for a very low score end quickly on Friday.

Starting on the back nine, Simpson hit a tee shot that went out of bounds and made double-bogey on the par-5 12th, a hole he had eagled the day before. He then bogeyed the par-4 13th after his tee shot found the rough. He made five birdies the rest of his round.

''It was not the start I was looking for,'' Simpson said. ''I hung in there. I weathered that storm and made some birdies there on the front nine to keep it under par and give myself a chance for the weekend.''

Jason Kokrak shot 64 and was in fourth place at 11 under. Whee Kim of South Korea and Harold Varner III were at 10 under. Kim shot 68 and Varner shot 64.

Simpson is the only one among the top six players on the leaderboard with a PGA Tour win. Since its 2010 debut, the tournament has produced four first-time winners, including three rookies.

DIVOTS: Tournament executive director Habibi Mamone said Friday the event will move to the fall. No specific dates were given, but Mamone said she expects it will be in late September or early October 2019, meaning it could be left off the PGA Tour's 2018-19 schedule. The tour hasn't released the schedule for the coming season. ... Bubba Watson, the highest ranked player in the field, shot 66 and was at 6 under. Phil Mickelson posted a 69 and was at 5 under. 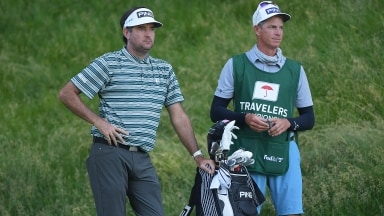