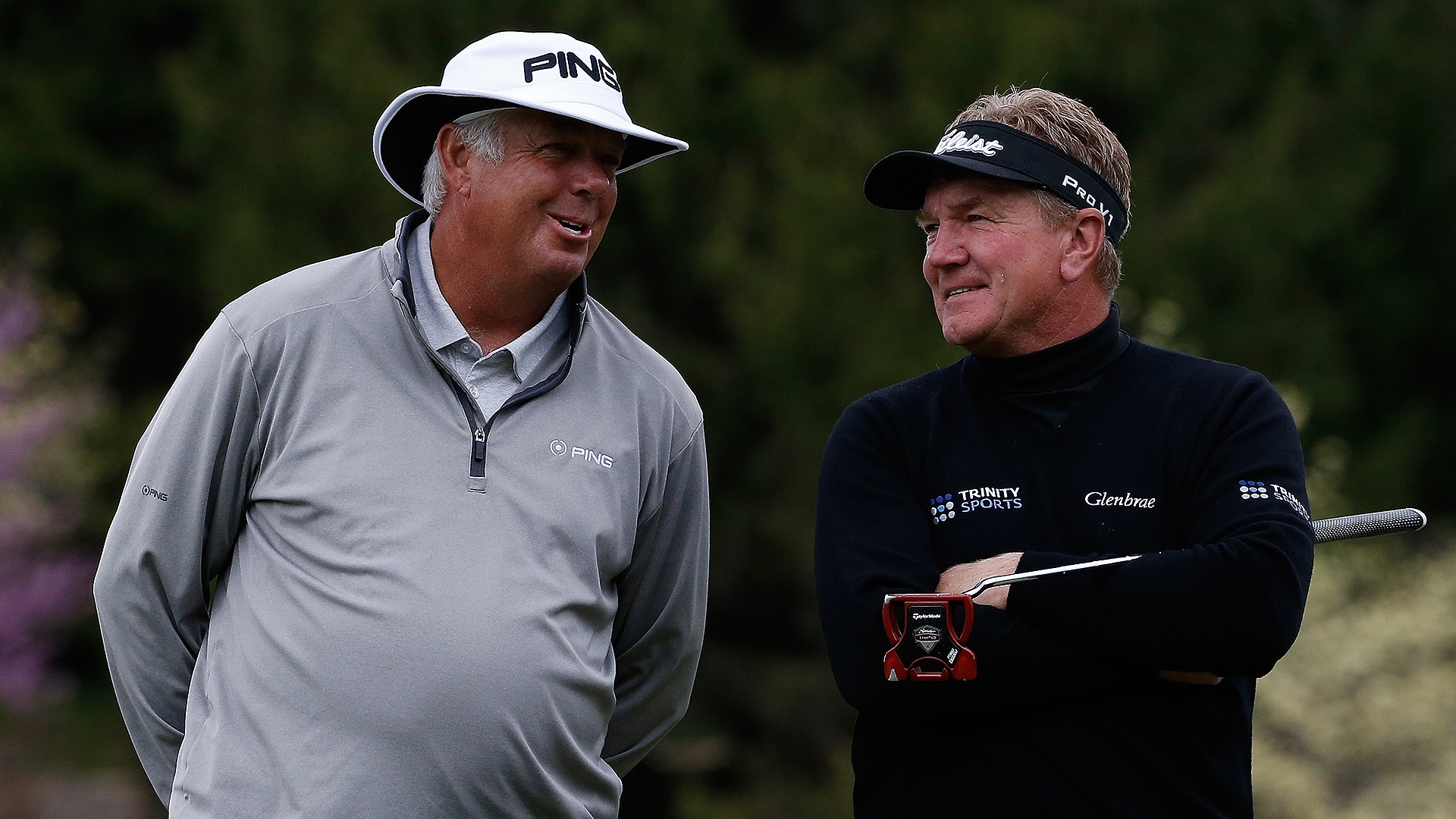 RIDGEDALE, Mo. - Kirk Triplett holed out from a bunker for birdie on the first playoff hole Sunday in the Bass Pro Shops Legends of Golf to lift himself and partner Paul Broadhurst past Bernhard Langer and Tom Lehman.

''Well, you're trying to make it, but you know realistically it doesn't go in very often,'' Triplett said. ''You're trying to give your partner a free run at it. You don't want to hit it up there 20 feet past or do something silly. I'm just trying to hit it the right distance and get it on the right line.''

Langer and Lehman took it in stride.

''You kind of learn to expect it,'' Lehman said. ''These guys out here are so good and Kirk Triplett is a magician around the greens. The odds of making that shot are probably not good, but you certainly expect him to hit a great shot and he did and it went in.''

Lehman and Langer missed birdie putts after Triplett holed out.

''I kind of felt like we both hit pretty good putts, misread them, both of them,'' Lehman said. ''I hit mine probably too hard and Bernhard's was too soft, but you have to hand it to the guys who hit the shot when they have to hit it.''

Broadhurst and Triplett closed with a 6-under 48 on the Top of the Rock par-3 course to match Langer and Lehman at 24 under. Langer and Lehman had a 47, playing the front nine in alternate shot and the back nine in better ball.

''That's a big roller-coaster - three good shots and mine, right?'' Triplett said. ''I'm feeling a little dejected walking down that fairway there, a little sheepish. To knock it in it just reminds you, this game, you know, crazy stuff.''

''I don't get too emotional, but that was something special,'' the 52-year-old Englishman said.

Spanish stars Miguel Angel Jimenez and Jose Maria Olazabal had a 48 to tie for third with 2017 winners Vijay Singh and Carlos Franco. Singh and Franco, the third-round leaders, shot 50.