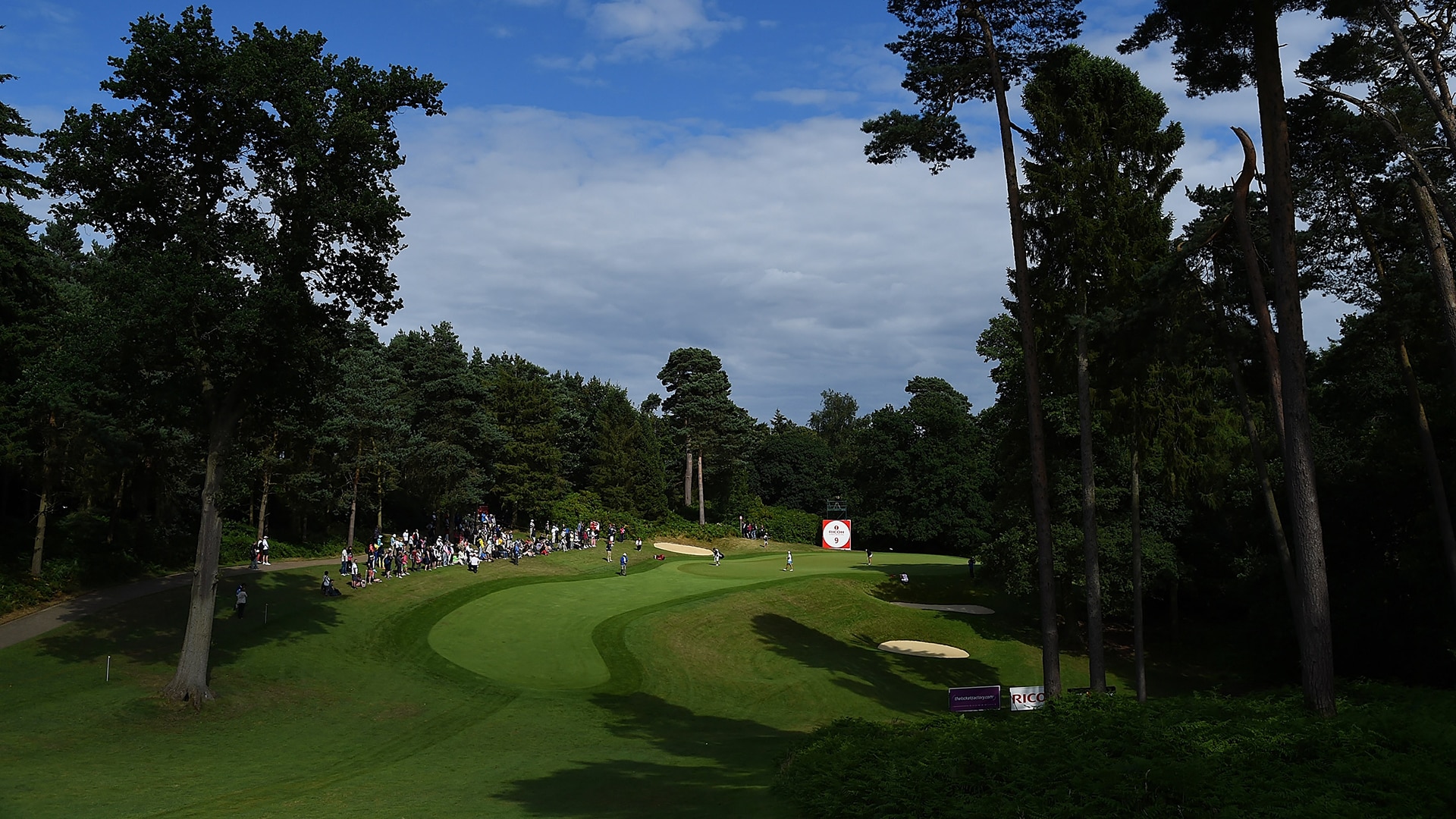 The AIG Women’s British Open is moving the finish line back.

That’s what it may feel like with Woburn Golf Club offering a longer and potentially tougher test than it did when it hosted the championship three years ago. It’s a tight, twisting track that will now require more length to hit the small targets arrayed through the tree-lined, parkland-style design.

Factor in all the rain that has softened fairways this week, and this back-to-back challenge promises to feel even more like a major endurance test.

“It definitely played quite short,” said Charley Hull, a member at Woburn. “I think this golf course does suit a player that's longer, because the holes are designed for the back tees, so it's nice they're playing it back, because it makes the holes real good, because that's how they should be played.”

Woburn’s Marquess Course was set up at 6,448 yards on the scorecard in 2016, but it played even shorter than that with the ball rolling out.

“It was much faster and firmer three years ago,” said Hall of Famer Karrie Webb, who tied for fifth that year. “It’s going to be interesting how they set it up.”

The course will play to 6,756 yards on the scorecard this year, 308 yards longer than in ’16, but that doesn’t mean it will actually play that long.

“I hope they keep the tees back,” four-time major champion Laura Davies said. “I’m pleased it's longer. I hope they make it a real test. I hope players like Lexi Thompson, Ariya Jutanugarn and Amy Yang and all the big bombers have a chance to show their stuff on a really long golf course.”

Back-to-back majors in back-to-back weeks will test more than the skill of the game’s best. It will test focus and resolve and energy levels.

While the scheduling isn’t ideal, there’s a chance to see something special this week.

Jin Young Ko is trying to win her third professional major championship of the year, something only Ben Hogan, Tiger Woods, Babe Zaharias, Mickey Wright, Pat Bradley and Inbee Park have done in the history of the game. Ko won the Evian Championship last week. If she wins again this week, she will join Betsy Rawls as the only man or woman to win back-to-back majors in back-to-back weeks. There have been so few opportunities to do that. The men have never staged back-to-back majors in back-to-back weeks. The women have done it seven times. Rawls managed the feat winning the Women’s Western Open and the LPGA Championship in 1959.

“Wouldn’t that be a great story,” Davies said.

“Generally, we’re on a links course over here,” Webb said. “So, that would be a completely different test coming from Evian. But this year, these two weeks are quite similar, as far as playing on tree-lined courses with deep rough.”

If the tees remain back, even the par 5s will play tougher.

“None of them are reachable,” Webb said. “They’re all three-shotters.”

Mel Reid has some power, but she had trouble Wednesday playing the seventh, a 538-yard par par 5 that is playing 31 yards longer than it did three years ago.

“We played that into the wind,” Reid said. “I carry it, as one of the longer players in the air with a driver, and I only carried that fairway by 20 yards.”

“I have a chance this week,” Ko said of making history with a victory. “I’ll do my best.”