Thompson bounces back from rule violation 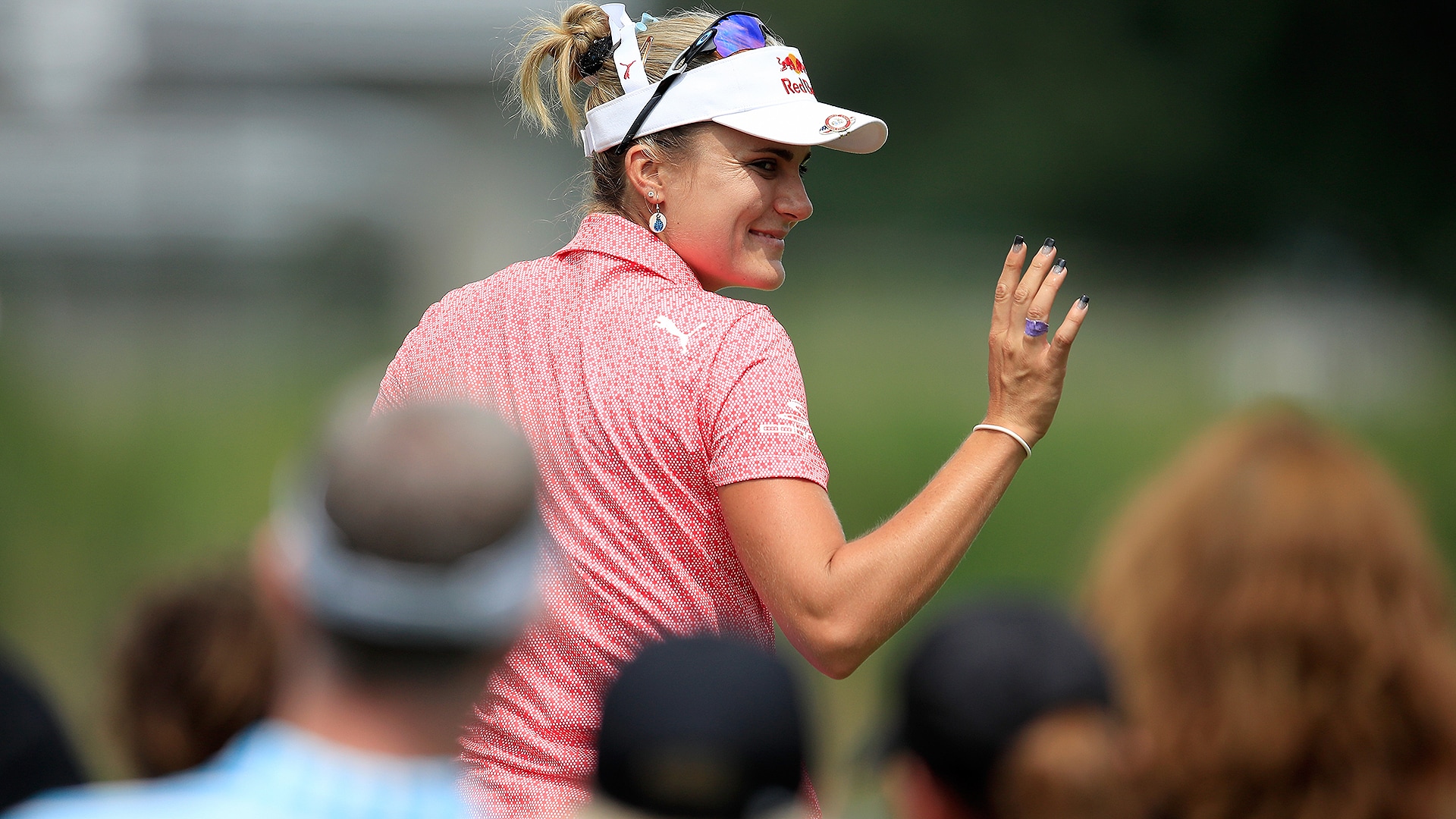 If Lexi Thompson’s trouble in the sixth fairway brought back any painful memories Saturday at the Indy Women in Tech Championship, she shook them off in a hurry.

If the approach of another rules official amid a spirited run of brilliant play rattled her, she didn’t show it.

Thompson posted an 8-under-par 64 in the third round despite another awkward rules infraction.

Her round was impressively bogey free but not mistake free, and so her work will be a little harder Sunday chasing Lizette Salas.

After incurring a one-shot penalty for violating a local rule in effect for preferred lies, Thompson will start the final round five shots back instead of four.

She knows she’s fortunate she isn’t six back.

If a rules official hadn’t witnessed Thompson in the middle of committing the infraction, she could have been assessed an additional penalty shot for playing from the wrong spot.

Thompson got the penalty after stepping on the 10th tee and blowing her drive right, into the sixth fairway. She got it after picking up her ball over there and lifting, cleaning and placing it. She got it because she wasn’t allowed to do that in any other fairway except for the fairway of the hole she was playing.

The preferred-lie rule was distributed to players earlier in the week.

It’s Thompson’s reaction to it, because she opened this week in such heartfelt fashion. After skipping the Ricoh Women’s British Open to take a month-long “mental break,” Thompson revealed this week that she has been struggling emotionally in the wake of last year’s highs and lows. She opened up about how trying to “hide” her pain and show strength through it all finally became too much to bear. She needed a break. She also candidly shared how the challenges of being a prodigy who has poured herself into the game have led her to seek therapists’ help in building a life about more than golf.

That’s a lot for a 23-year-old to unload publicly.

Last year may have been the best and the worst of Thompson’s career. She said dealing with that controversial four-shot penalty that cost her the ANA Inspiration title, watching her mother battle cancer and losing a grandmother were cumulatively more difficult to deal with than she ever let on. There was also that short missed putt at year’s end that could have vaulted her to Rolex world No. 1 for the first time and led to her winning the Rolex Player of the Year title. She still won twice, won the Vare Trophy for low scoring average and was the Golf Writers Association of America Player of the Year.

That’s a lot of peaks and valleys for a young soul.

That’s the kind of year that can make you feel like an old soul in a hurry.

So seeing a rules official approach her on Saturday, you wondered about Thompson gathering herself so quickly. You wondered what she was thinking stepping up and ripping her next shot 215 majestic yards, about her hitting the green and saving par. You wondered about how she  bounced back to birdie 13 and 14 and finish bogey free.

With this week’s soul bearing, you wondered a lot about what rebounding like that meant to her.

We’re left to wonder from afar, though, because she wasn’t asked any of those questions by local reporters afterward. The transcript showed three brief answers to three short questions, none about the penalty or the challenge she met.

Of course, there were other questions to be asked, because local rules have been an issue this year. Did she read the local notes with the preferred lies explanation? She got hit with another local rules issue in Thailand this year, when she hit her ball near an advertising sign and moved the sign, not realizing a local rule made the sign a temporary immovable obstruction.

Of course, there were other good stories in Indy, too, with Sung Hyun Park poised to overtake Ariya Jutanugarn and return to Rolex world No. 1, with Salas holding off Park so brilliantly down the stretch Saturday.

Thompson, though, is the highest ranked American in the world. She’s the face of American women’s golf now. A face more tender, resolute and vulnerable than we have ever seen it.

Folks along the ropes watching her on the back nine in Indy Saturday got to see that better than any of us.