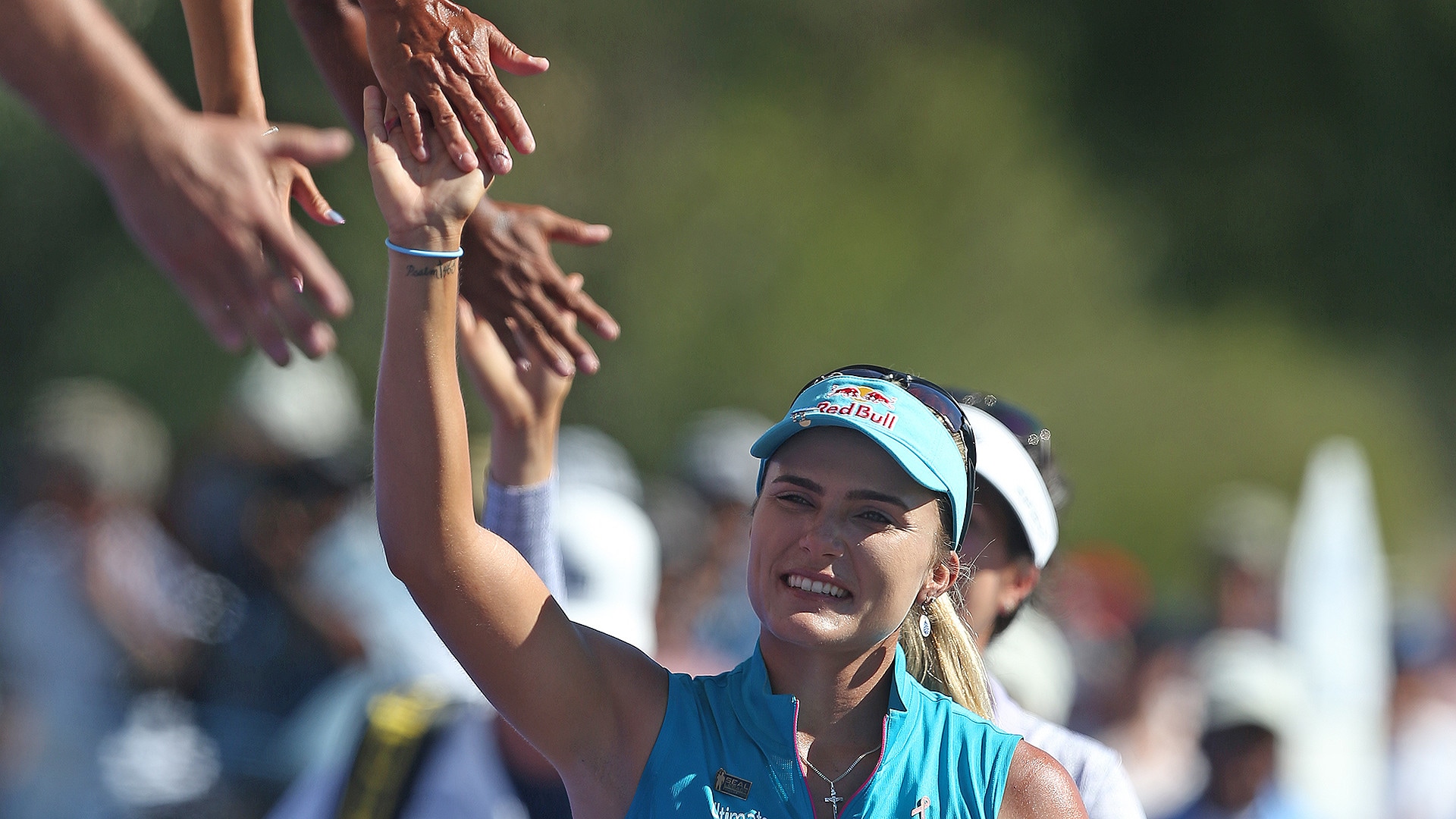 RANCHO MIRAGE, Calif. – Lexi Thompson didn’t win the ANA Inspiration with her strong Sunday finish, but she regained her foothold as the top American in the Rolex Women’s World Rankings.

She also built some promising momentum.

With a 5-under-par 67 in the final round, Thompson finished solo third, four shots behind winner Jin Young Ko.

With double points up for grabs in the year’s first major, Thompson will jump back ahead of Nelly Korda when the new rankings are released. Korda tied for 52nd at the ANA.

After ruling as the highest-ranked American for most of the last three years, Thompson watched Korda leap in front of her after Korda tied for second in Phoenix two weeks ago. They may be jockeying for that top spot for some time now.

“It’s an honor to be the top American, but it’s not something I really focus on,” Thompson said. “I’m focused on doing the best I can in every tournament.”

After winning the season-ending CME Group Tour Championship last year, Thompson has been off to a mostly lukewarm start this year. She heated up this past week in the desert. She didn’t drive her way into contention at the ANA Inspiration as much as she putted her way there. Some strong iron play also helped her to her best finish this year.

Thompson stuck with her game plan all week, attacking with driver, but she wasn’t as sharp as she usually is with the big stick. Her iron play made up for it. She took just 25 putts in the final round, 26 on Saturday. She finished tied for second for the week in total putts with the new Evnroll putter she put in her bag at week’s start.

“I think it's just being confident over the putts, picking my line and not really overthinking it,” Thompson said. “Just getting into it, doing my routine, my one practice stroke, and just imagining the ball going in the hole and hearing it. I just got up to the putt and said, 'If it misses, it misses, but just get up there.’”