LPGA back in L.A.: Inbee Park leads by 1 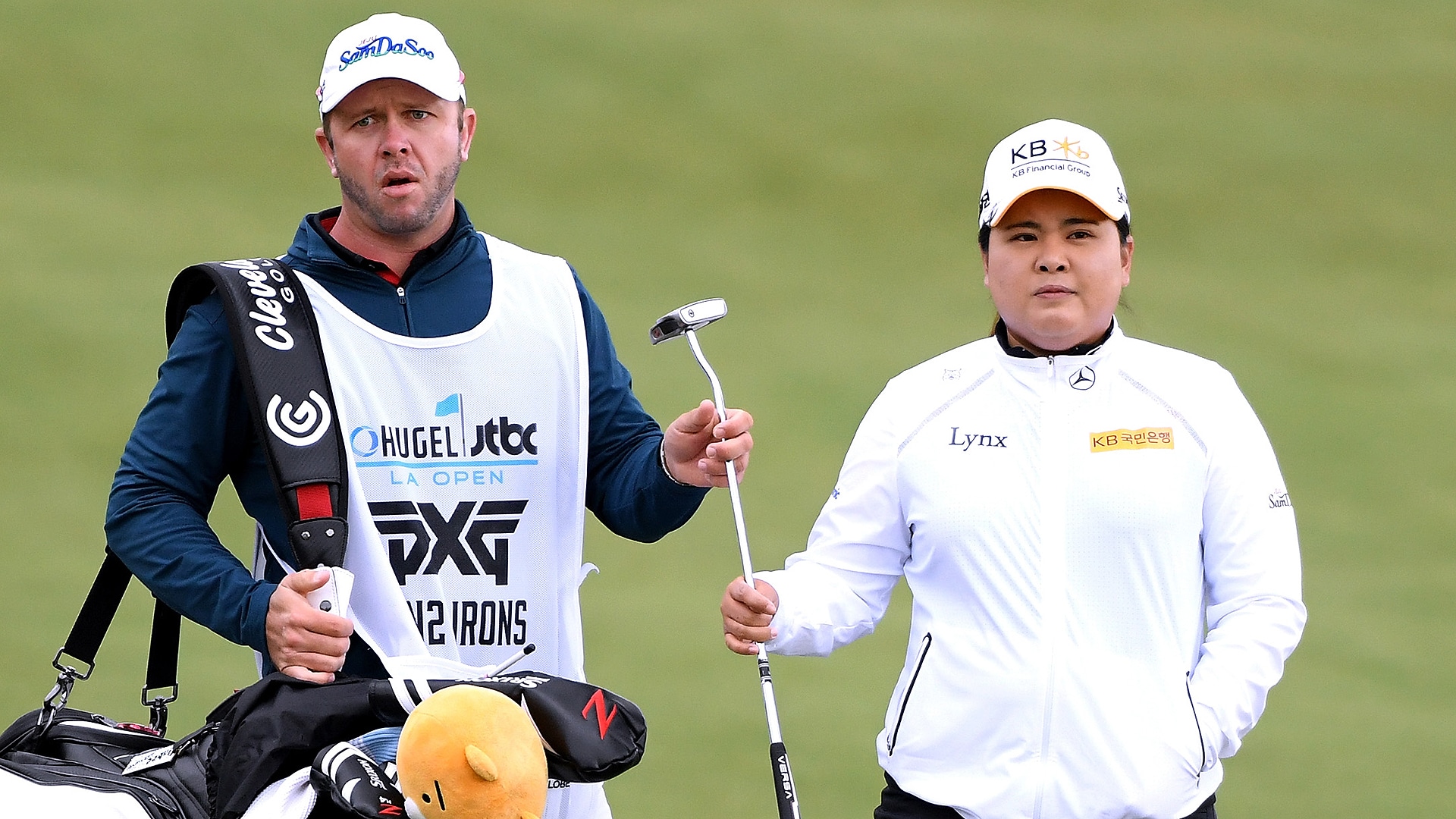 LOS ANGELES - Inbee Park's flirtation with retirement is in the rear-view mirror.

Backed by a large contingent of South Korean fans, Park shot a 5-under 66 for a one-shot lead Thursday in the opening round of the HUGEL-JTBC LA Open in the LPGA's return to Los Angeles after a 13-year absence.

Using a new putter, Park birdied four consecutive holes on the back nine before a bogey on the par-4 17th. She quickly recovered and rolled in birdie putts on the second and fifth holes to finish off her round.

''I never played a tournament outside Korea having this much Korean supporters out,'' Park said. ''I almost feel like I'm playing back home. It's almost like a little Korea.''

That applies to the food, too, with nearby Koreatown's restaurants beckoning.

The third-ranked Park banished the blade-style putter she used in her Founders Cup victory last month in Phoenix, a playoff loss in the ANA Inspiration and a tie for third last week in Hawaii. She went back to one that feels more comfortable and has brought her success in the past.

''Last week was just an awkward week where I missed a lot of short ones and I just wasn't really comfortable with the putter,'' Park said, ''so I just wanted to have a different look.''

The 29-year-old Hall of Famer recently said she was 50-50 about retiring before returning to the tour in early March after a six-month break. Momentum has been going her way ever since.

Marina Alex was second. Thompson was one of seven players at 68 in partly sunny and unseasonable temperatures in the low 60s.

Alex found trouble on the par-4 17th. Her ball crossed over a winding creek, bounced and then rolled into the water, leaving Alex looking for it. Eventually, she salvaged a bogey to drop a shot behind Park. After a bad tee shot on 18, Alex managed a par to close at 67.

''I made a lot of the putts that I shouldn't, I wouldn't have expected to make,'' she said. ''I made two great saves on 17 and 18. Kind of got away with some not-so-solid golf shots in the beginning, and I capitalized on some great putts.''

Thompson returned from a two-week break after finishing tied for 20th at the ANA Inspiration, the year's first major.

She bogeyed her second hole, the par-4, 401-yard 11th, before settling down and birdieing four of the next eight holes, including the 14th, 15th and 16th.

''I changed a little thing that slipped my mind that I was working on earlier in the year,'' said Thompson, declining to share the change in her putting technique. ''I don't want to jinx it.''

ANA winner Pernilla Lundberg was among those in the logjam after a 68.

Natalie Gulbis was among five players tied for 10th at 69. Playing sparingly the last two years, Gulbis put together a round that included four birdies and two bogeys.

Top-ranked Shanshan Feng struggled to a 74 with five bogeys and two birdies.

The venerable course with views of the Hollywood sign and Griffith Observatory wasn't any kinder to eighth-ranked Cristie Kerr and Michelle Wie.

Both had up-and-down rounds that included three bogeys and a double-bogey on No. 10 for Kerr and five bogeys, including three in a row, for Wie. Wie, ranked 14th, had a few putts that lipped out.