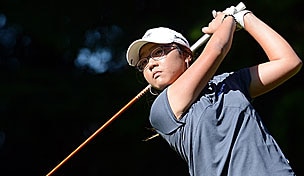 Lydia Ko will play in a marquee pairing with Rolex world No. 1 Yani Tseng and Michelle Wie when the LPGA opens its season Thursday at the ISPS Handa Women’s Australian Open at Royal Canberra Golf Club in Yarralumla, Australia.

Ko, the 15-year-old amateur sensation from New Zealand, has won three professional events in the last 53 weeks, including last weekend’s New Zealand Women’s Open. She will go off with Tseng and Wie at 9:10 a.m. local time on Thursday, which is 5:10 p.m. ET on Wednesday. Yarralumla is 16 hours ahead of the Eastern Time zone in the United States.

Stacy Lewis, the 2012 LPGA Player of the Year, will go off with Australian favorite Karrie Webb and defending champion Jessica Korda at 8:50 p.m. ET on Wednesday. Korda won last year’s Women’s Australian Open in a six-way playoff that included Lewis. Webb won the Ladies Masters in Australia two weeks ago.

Rolex world No. 7 So Yeon Ryu and No. 8 Jiyai Shin are in the field as are Brittany Lincicome, Angela Stanford, Azahara Munoz, Lexi Thompson and Cheyenne Woods.