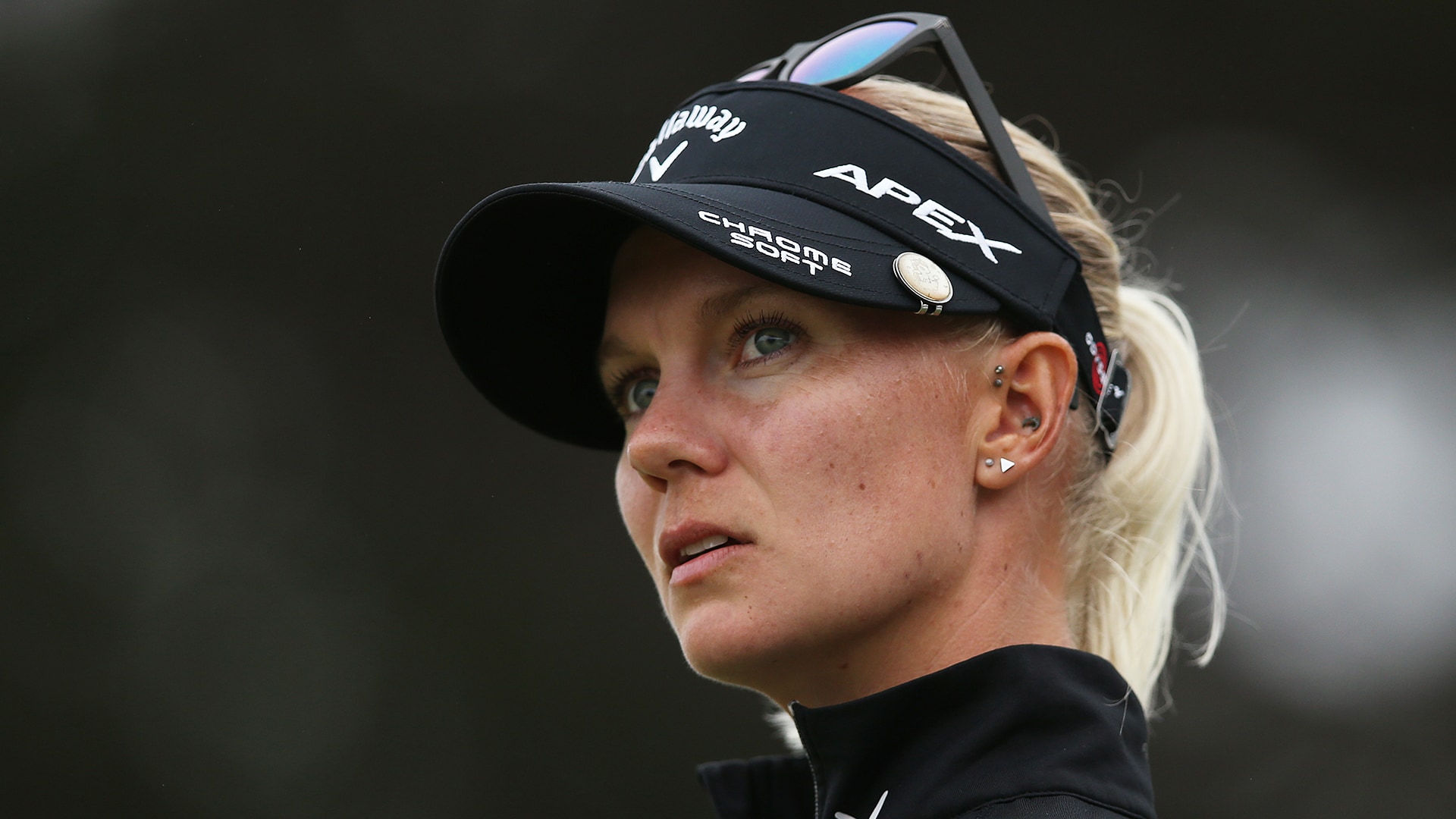 The tournament features male and female professionals playing in alternate groups over two courses at the 13th Beach Golf Links.

The Swedish player shot a 5-under 67 on the Creek course Friday for a two-round total of 13-under 132. McDonald shot an 8-under 65 on the Beach course.

For the fifth consecutive round, Sagstrom was atop an LPGA leaderboard. She was co-leader after the first round here and two weeks ago, the 2015 graduate of Louisiana State University held the lead after the last three rounds of the Gainbridge LPGA at Boca Rio, where she became a first-time tour winner.

“I think when you come off such a high, you don’t really know what to expect, like ‘can you keep it going or am I going to start over’ kind of thing,” said Sagstrom. “I’m really happy that I put myself in the position that I’m in, and being able to keep up really good play, especially keeping it rolling really nice on the greens. If you roll it good, you need to make putts to be in contention.”

McDonald, a 2019 USA Solheim Cup team member, is bogey-free for the tournament, carding eight birdies in her first 12 holes on Friday before parring her way home.

“After I hit the ball really well yesterday, I was hoping to go out and make a lot of birdies and I did,” said McDonald. “I started the round 8-under through 12 and the wind kind of picked up. Just didn’t have any really close looks at birdie in the last six holes, but very, very pleased with where I’m at.”

England veteran Laura Davies trailed by two strokes after the first round but shot 77 Friday and missed the cut along with Karrie Webb, whose 70 left her a shot behind Davies after an opening 75.

In the men’s tournament, France’s Robin Sciot-Siegrist shot an 8-under 64 Friday to take a two-stroke lead over Travis Smyth of Australia. Sciot-Siegrist had a two-round total of 14-under 130.

The tournament is also sanctioned by the Australasian PGA men’s tour and European Tour and the European and Australian women’s tours.

The third and fourth rounds will be played on the Beach course. 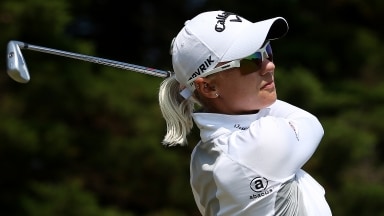 Ayean Cho shot a 2-under 70 on a windy day to take a one-shot lead over Madelene Sagstrom at the Vic Open. On the men's side, Min Woo Lee leads after a 4-under 68. 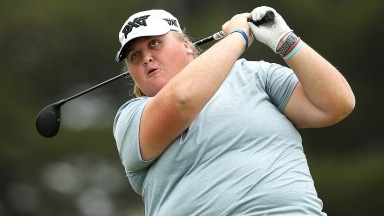 Haley Moore, making her professional debut on Thursday, shot 7-under 66 in the opening round of the ISPS Handa Vic Open.