Reid opens up after emotional victory 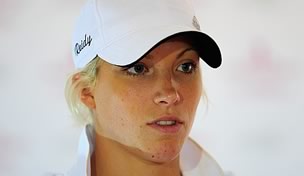 A couple weeks after her mother died after a car accident in Germany, Melissa Reid picked up a golf club again.

'Honestly, it was just me getting away from everything with practice,' Reid said Tuesday on 'Morning Drive.'

Two weeks later, she won on the Ladies European Tour, capturing the Prague Golf Masters by a shot in her first start since her mother, Joy, died May 23 from injuries resulting from the crash that happened as she and Reid's father, Brian, were returning from watching Melissa play.

Reid did not anticipate the outpouring of support for her victory.

'The golfing world, it is like a family to me,' she said. 'It really did touch me that all the players, they all lined up while I was going to get my scorecard. It was very, very special and very emotional.'

The 24-year-old said she felt calm as she faced a 6-foot putt for the win.

'Anything that's thrown at me now, I feel I can take the best out of a bad situation,' she said.

Reid consulted with her siblings and father before deciding to play again, uncertain if she was ready. She entered the event about 10 days before it began.

'Initially I wasn't sure about playing golf because (the accident) happened during a golf tournament, so I wasn't sure how I was going to do,' she said. 'Then I started to miss it, and my mom would have wanted me to start playing. She wanted me to be the best player in the world and live the dream I wanted to live.'

Typically, Reid would celebrate the win on tour with her friends. For this, her fourth LET victory, Reid wanted to go home.

'Normally, if I won, I'd stay on if I didn't have a week off and enjoy it with the girls, but I wasn't interested,' she said. 'I just wanted to go home and give my dad a hug, really, to see him have a bit of a smile on his face again.

'It still hasn't really sunk in, the tragedy that has happened in our family, really. I think maybe not in six months, maybe not in a year but it will eventually make me a much, much stronger person, a much stronger competitor, because at the end of the day, (golf) is not really that big of a deal.' 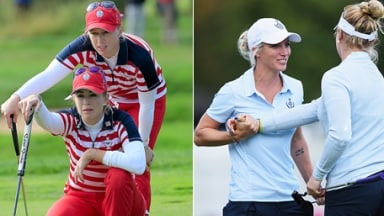 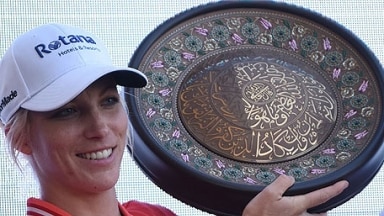 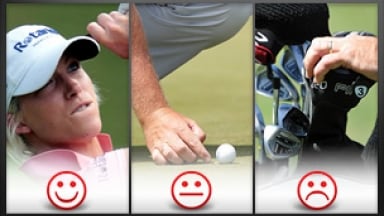