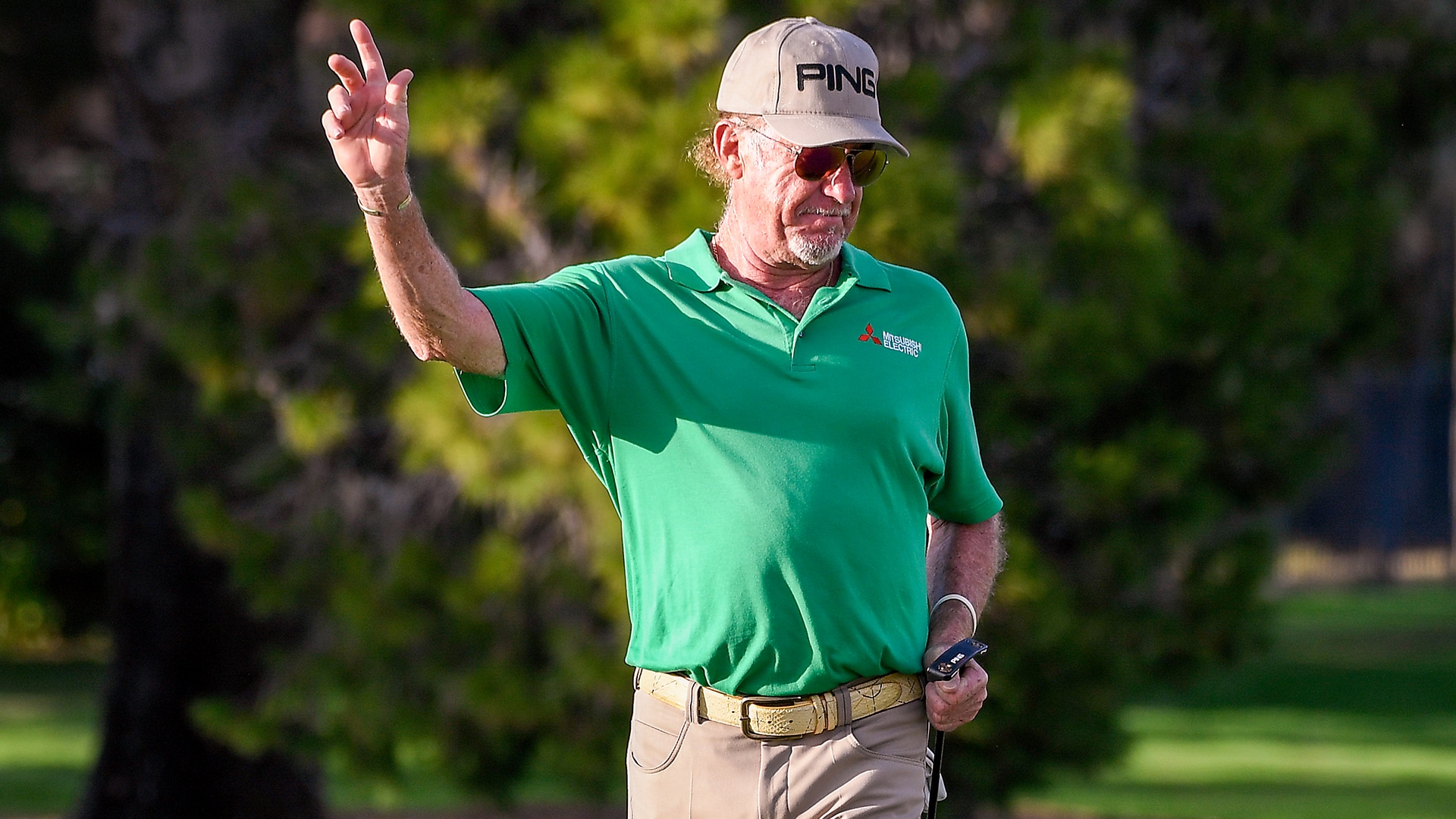 PHOENIX — Jeff Maggert kept the lead Saturday in the Charles Schwab Cup Championship, while Miguel Angel Jimenez went low and Jerry Kelly had one of the best rounds of the day to get back in the fight for the PGA Tour Champions' season points title.

Maggert birdied the par-5 18th for a 2-under 69 and a one-stroke lead over Jimenez with one round left in the season finale at Phoenix Country Club. Maggert sits at 16 under through three rounds. He has led all three days, opening with rounds of 63 and 65.

Jimenez birdied the final two holes for a 63. He won the playoff opener last month in Virginia.

Retief Goosen, the last of the five players in the field with a chance to take the season Charles Schwab Cup title, was third at 14 under after a 66. Joe Durant (65) was 13 under, and Berhard Langer (69) and Woody Austin (65) were 12 under.

Kelly, second behind Scott McCarron in the standings, followed a second-round 74 with a 64 to move into a tie for 12th at 9 under. Kelly would win the season championship with a victory and could take it with a solo sixth-place finish if McCarron - tied for 25th at 4 under after a 69 - ends up in a three-way tie for 18th or worse.

McCarron would take the title no matter where he finishes if Kelly finishes in a two-way tie for eighth or worse and Langer, Colin Montgomerie and Goosen fail to win.

Montgomerie, fourth in the standings, was tied for 10th at 10 under after a 67. Like Langer, Montgomerie and Goosen also needs to win the tournament and get help from McCarron and Kelly to take the season title.

Maggert won three times on the PGA Tour and has five senior victories, one in 2014 and four in 2015.