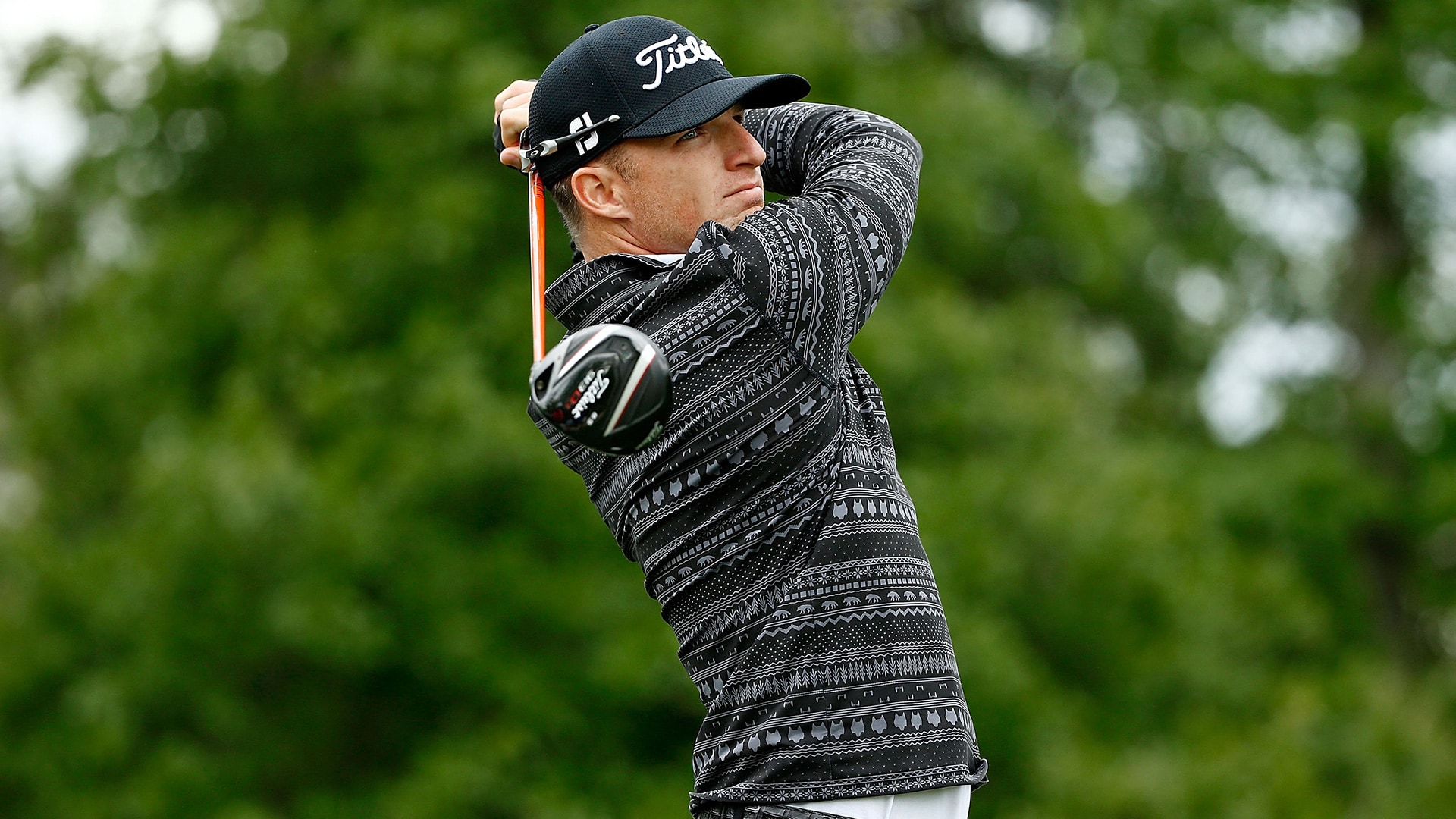 Four years after he was diagnosed with a form of muscular dystrophy, Morgan Hoffmann has been named as the latest recipient of the PGA Tour's Courage Award.

Hoffmann, 30, joined the Tour in 2013 after a standout career at Oklahoma State and made the 2014 Tour Championship in his second season. He has compiled a trio of top-3 finishes including a runner-up finish at the 2017 Honda Classic, which came months after he was diagnosed with Facioscapulohumeral Muscular Dystrophy (FSHD). The disorder is characterized by chronic weakness and muscle loss across the chest, shoulders and upper arms.

Hoffmann has remained competitive since, making 11 starts on Tour last season and four this season, most recently missing the cut at the Shriners Hospitals for Children Open in October.

"To be recognized alongside the past recipients of the PGA Tour Courage Award is very humbling," Hoffmann said. "Playing on the PGA Tour with muscular dystrophy, I hope to inspire people to follow their dreams, no matter what ailments they have, whether it be a disease or a mental disability."

The Tour's Courage Award is presented to players who "overcome extraordinary adversity, such as personal tragedy or debilitating injury or illness, to make a significant and meaningful contribution to the game of golf." Hoffmann becomes the award's fourth recipient, joining Erik Compton (2013), Jarrod Lyle (2015) and Gene Sauers (2017). The award includes a $25,000 charitable donation, which will be made to the Morgan Hoffmann Foundation later this year at Hoffmann's two-day charity tournament in New Jersey.