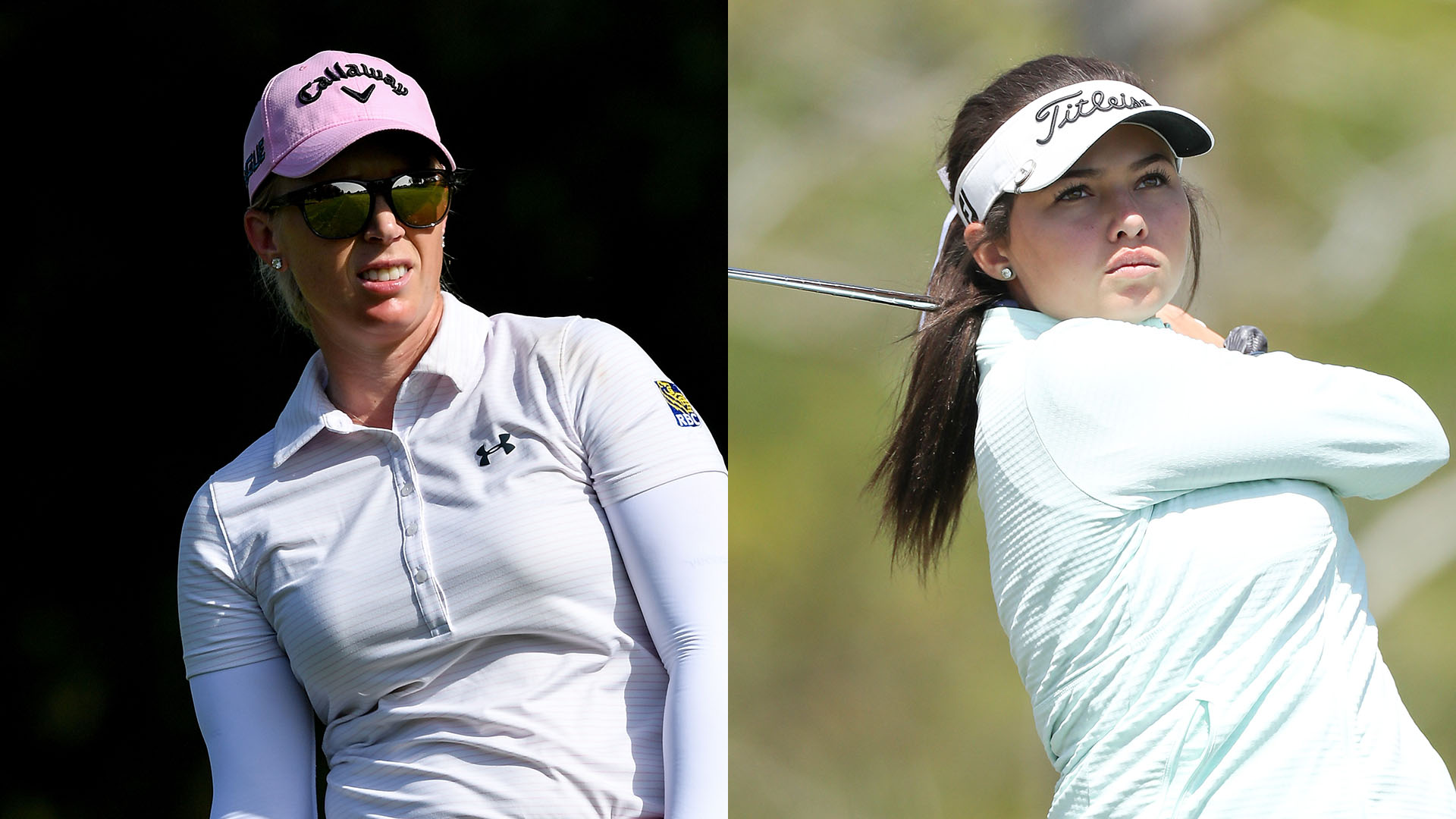 Morgan Pressel might have smiled hearing Alexa Pano’s reaction to winning a sectional-qualifier playoff to “finally” earn a spot in the U.S. Women’s Open.

“It was such a big moment,” Pano told GolfChannel.com. “I’ve been trying for so long to make it.”

“This was my sixth time trying,” she said.

Pressel can relate to the way time seems to bend in women’s golf. It’s hard to believe Pressel is 30 now, that she is in her 14th year as an LPGA member, that she is 18 years removed from when she first qualified for the U.S. Women’s Open to become the youngest to do so at the time.

“I’m definitely a big fan of Alexa and her game,” Pressel said. “She’s a great young player, really impressive. She’s definitely going to be somebody to watch.”

Like Pano, Pressel pushed through sectional qualifying this week, too. They are fellow South Floridians, Pressel from Boca Raton and Pano from Lake Worth.

Pressel breezed through the sectional at Marin Country Club on Monday just outside San Francisco, taking medalist honors by three shots. Pano buried a 35-foot birdie putt on the second playoff hole to win a three-way playoff for the second qualifying spot Tuesday at the Wanderers Club in Wellington Fla.

This will be Pressel’s 16th U.S. Women’s Open appearance, but qualifying was special, too. This championship is where Pressel first forged her golf identity, making it through qualifying as a pony-tailed 12-year-old in braces before turning 13 just prior teeing it up at Pine Needles.

“It was important for me to get back,” Pressel said. “Missing it last year wasn’t fun. It was hard.”

Pressel also qualified for the U.S. Women’s Open as a 15-year-old and might have won it as a 17-year-old if Birdie Kim had not so improbably holed out from a bunker at the 72nd hole at Cherry Hills. When Pressel didn’t meet any of the qualifying standards a year ago and failed to advance through a sectional, she endured an ache watching the U.S. Women’s Open at Shoal Creek from afar.

“It was self-inflicted,” said Pressel, whose two LPGA titles include a major, the 2007 Kraft Nabisco. “I was really struggling with my game.”

Pressel is feeling better about where she’s at now. She returned to Martin Hall, the coach of her youth, two years ago. She’s seeing some results, with a third-place finish at the Hugel-Air Premia LA Open two weeks ago. The demanding nature of that course, with its premium on hitting fairways and greens, was a good test for her. That’s what U.S. Opens demand, and it’s the skill set that served Pressel so well coming up in the game.

“I’m really working hard with Martin,” Pressel said. “Some days, it feels like I’m never going to get there, and other days, I feel like I’m really close. It’s a little in between now, but I feel like I’m heading in the right direction.”

Pressel is eager to get the Country Club at Charleston at the end of this month to see Pano and what other young amateurs will be experiencing the thrill of their first U.S. Women’s Open.

“I remember being a little kid in the locker room and being star struck,” Pressel said. “To see the young amateurs who qualify each year, who have such big dreams, and to see how excited they are, it brings back a lot of memories.”

Pano is already a big deal in the amateur ranks. She made a name for herself as a 7-year-old Netflix star in “The Short Game,” a documentary focused on junior golf. She has achieved a lot since then. She’s No. 1 in the Golfweek Junior Rankings. She’s a nine-time world champion, two-time winner of the Drive, Chip and Putt Championship at Augusta National. She was the youngest competitor to get an invite to the inaugural Augusta National Women’s Amateur, and she made a serious run at winning a professional event in March. She had a share of the 54-hole lead at the Symetra Tour’s SKYiGOLF Championship before tying for eighth.

Pano says advancing to the U.S. Women’s Open ranks with all of that.

“This is one of my major goals, one of the biggest things I’ve wanted to do in my career,” Pano said. “Hopefully, I can make the cut and play well in the event.”

Pressel can smile remembering saying nearly the same thing all those years ago, when she made her U.S. Women’s Open debut.